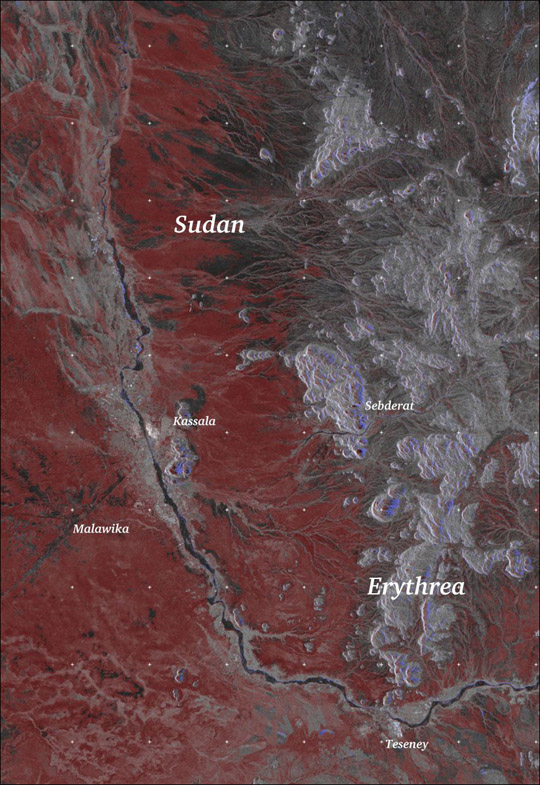 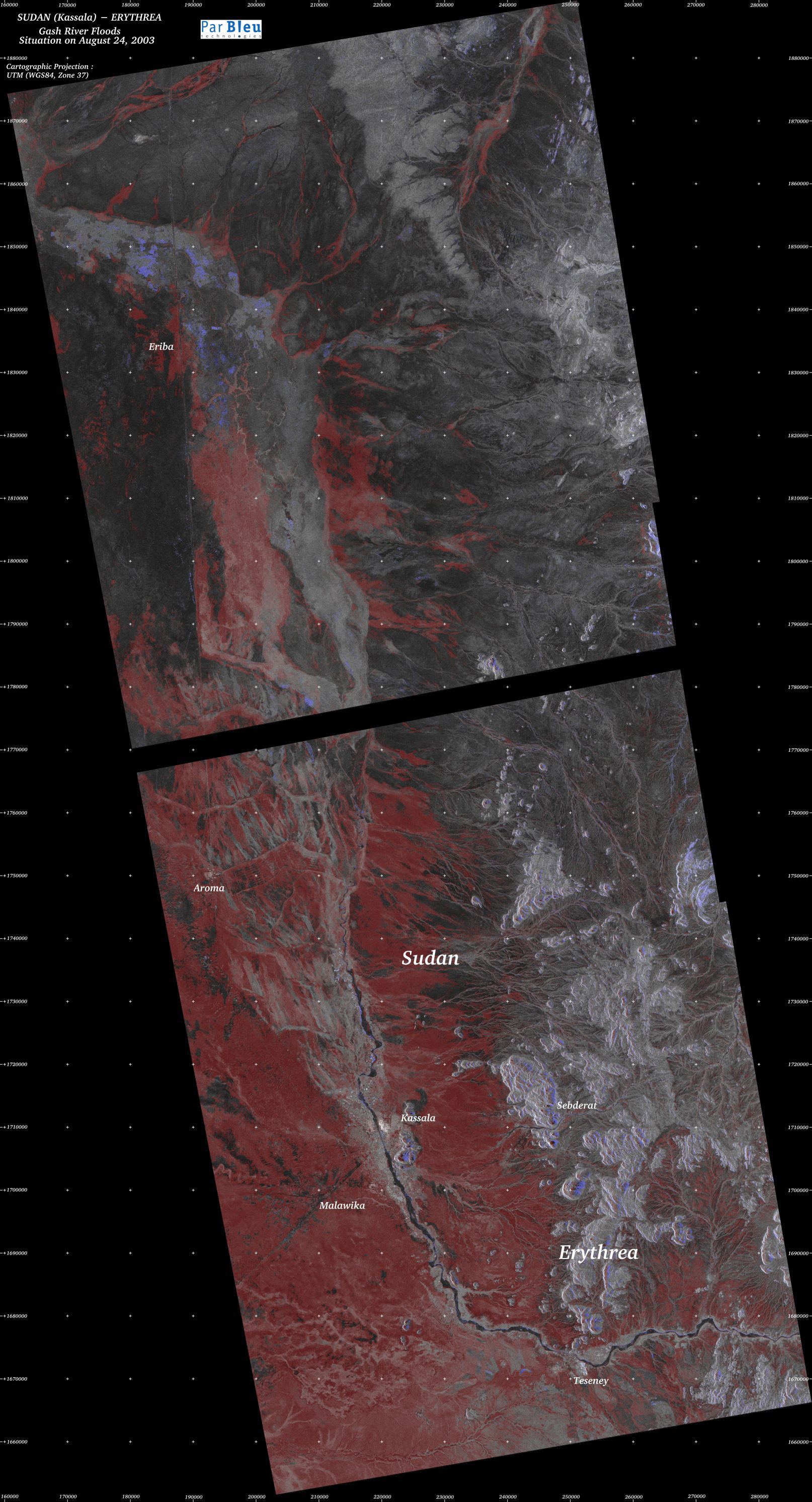 Flooding along the River Gash in Sudan

This RADARSAT-1 image shows the aftermath of heavy flooding along the Gash River in the east African countries of Sudan and Eritrea (described by an alternate spelling, "Erythrea," in the image). The rain-induced floods lasted from July 28 to August 21, 2003. At the flood’s height, 79 percent of Kassala city, Sudan, was flooded, leaving 80 percent of the population homeless. The region also suffered heavy losses in agriculture.

In this image, taken on August 24, 2003, by the Canadian Space Agency and Radarsat International, blue tones show areas that have been flooded. Red areas are regions where the soil has excessively high moisture content. Agriculture in this area is likely to be damaged. Lighter red tones along the river correspond to sedimentation and light blue tones show eroded terrain. In urban area, blue tones show where houses have been destroyed. The dark grey areas have not been affected by the floods.

Image courtesy of ParBleu! Inc. and the Canadian Space Agency.