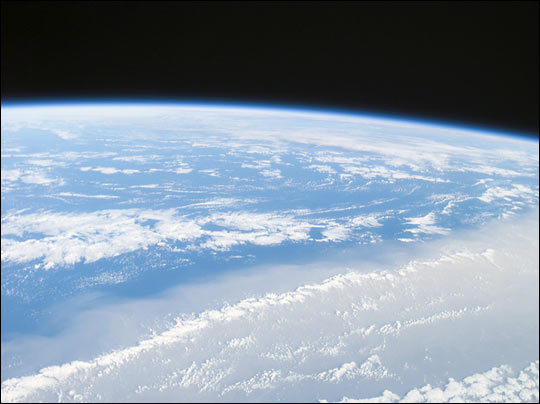 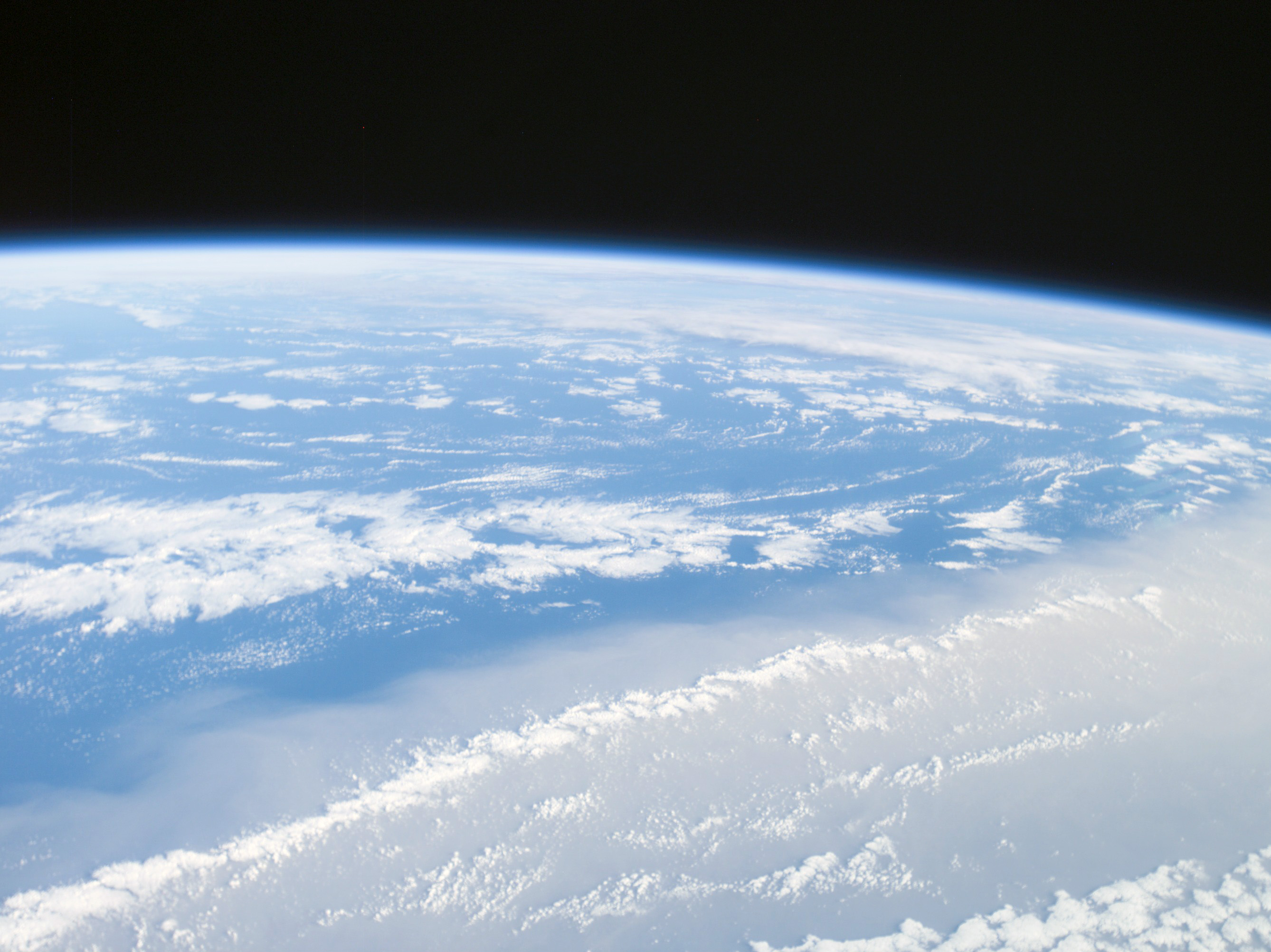 This image was taken from the International Space Station on March 8, 2004, from a position about 1400 kilometers off the coast of Mauritania (about 600 kilometers west of the Cape Verde Islands). Looking northwest, this image shows the dusty Saharan airmass in the lower third of the view, with clear air beyond a marked northeast-trending boundary. The dust, which originated in Central Africa, is blowing west southwest, parallel to the front—a common trajectory during northern winters.

Astronaut photograph ISS008-E-18202 was taken from the International Space Station on March 8, 2004, with a Kodak DCS760 digital camera equipped with a 35 mm lens. The International Space Station Program supports the laboratory to help astronauts take pictures of Earth that will be of the greatest value to scientists and the public, and to make those images freely available on the Internet. Additional images taken by astronauts and cosmonauts can be viewed at the NASA/JSC Gateway to Astronaut Photography of Earth.