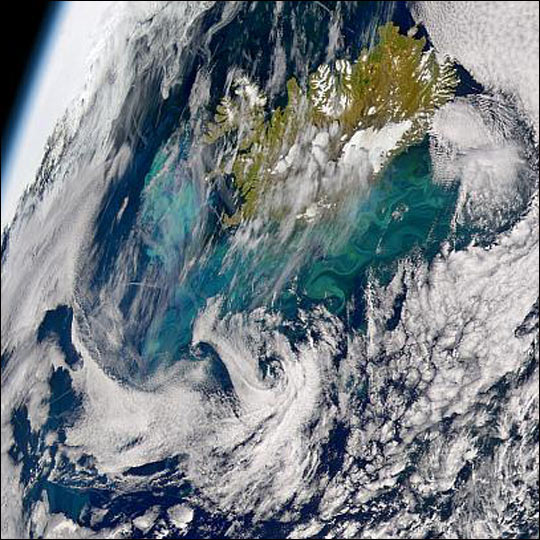 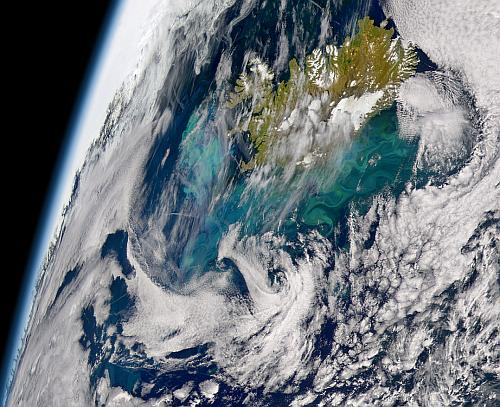 On the first day of summer in the Northern Hemisphere, the clouds around Iceland cleared to reveal a bright aquamarine ocean. The water is probably colored by coccolithophores, single-celled plants that are coated in a white calcium carbonate. The tiny plants can form massive blooms, visible in satellite imagery such as this image, acquired by the Sea-viewing Wide Field-of-view Sensor (SeaWiFS) on the Orbview-2 satellite on June 21, 2004. A cruise northwest of Ireland reported a bloom of Emiliana huxleyi northwest of Ireland a week before this image was taken, and it’s likely that the bloom seen here is the same species. Emiliana huxleyi is the most abundant species of coccolithophores. Although not as bright as the water immediately off the Iceland coast, relatively bright water can be seen in an irregular band that stretches out of the image to the southwest of the island for over a thousand kilometers.