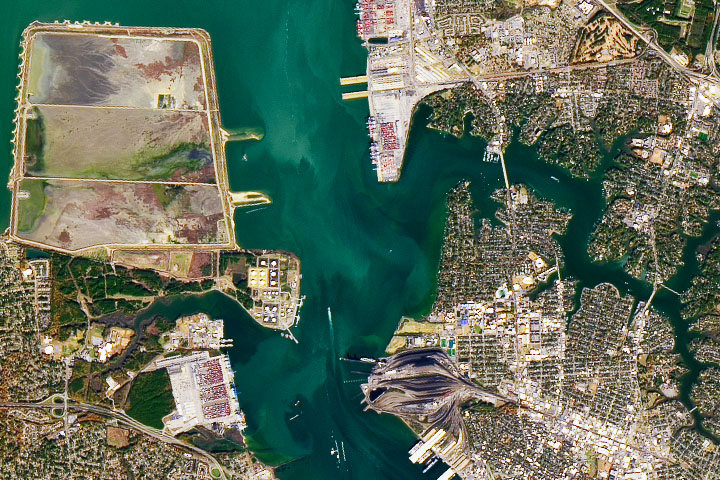 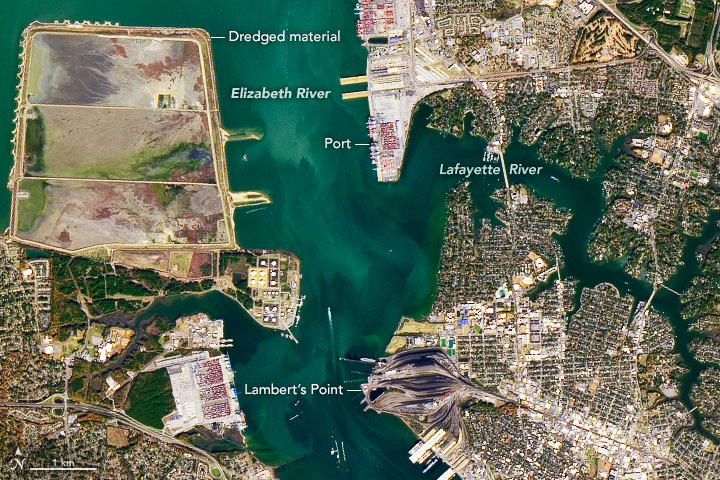 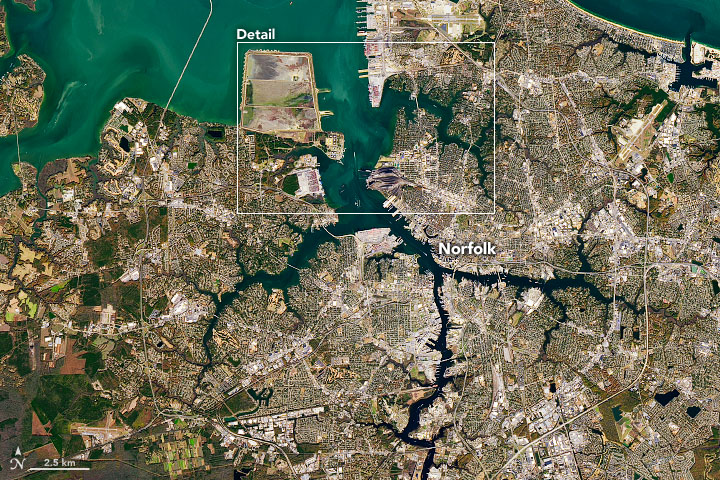 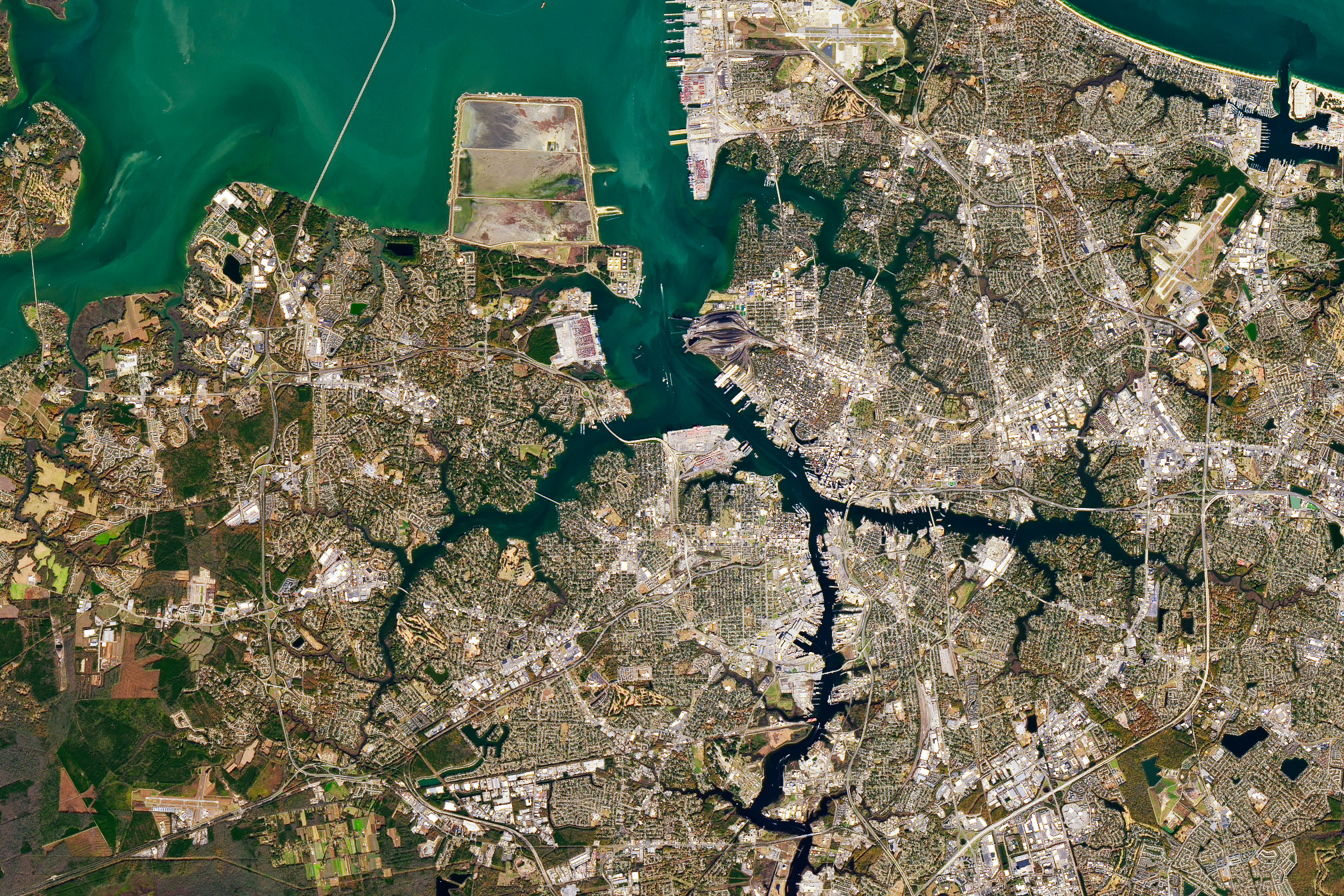 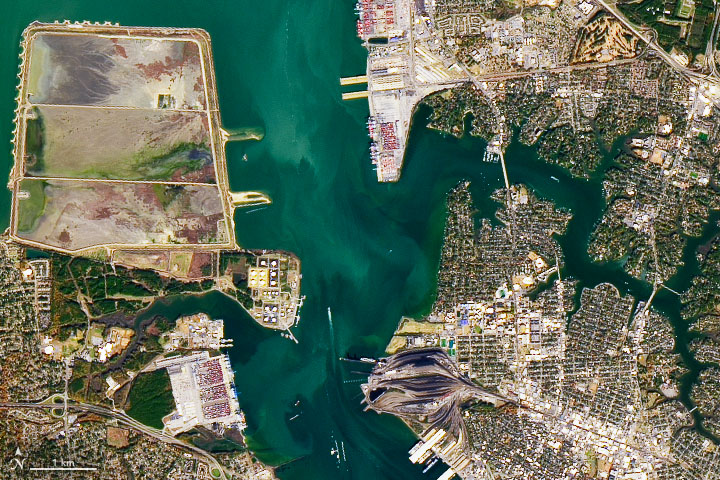 The deep channels through Hampton Roads have made the surrounding cities important hubs of shipping, trade, and defense.

This image originally appeared in the NASA Earth Observatory story Roads for Ships.