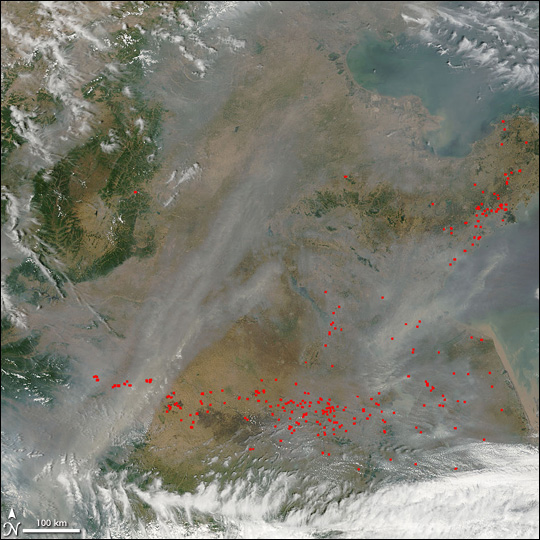 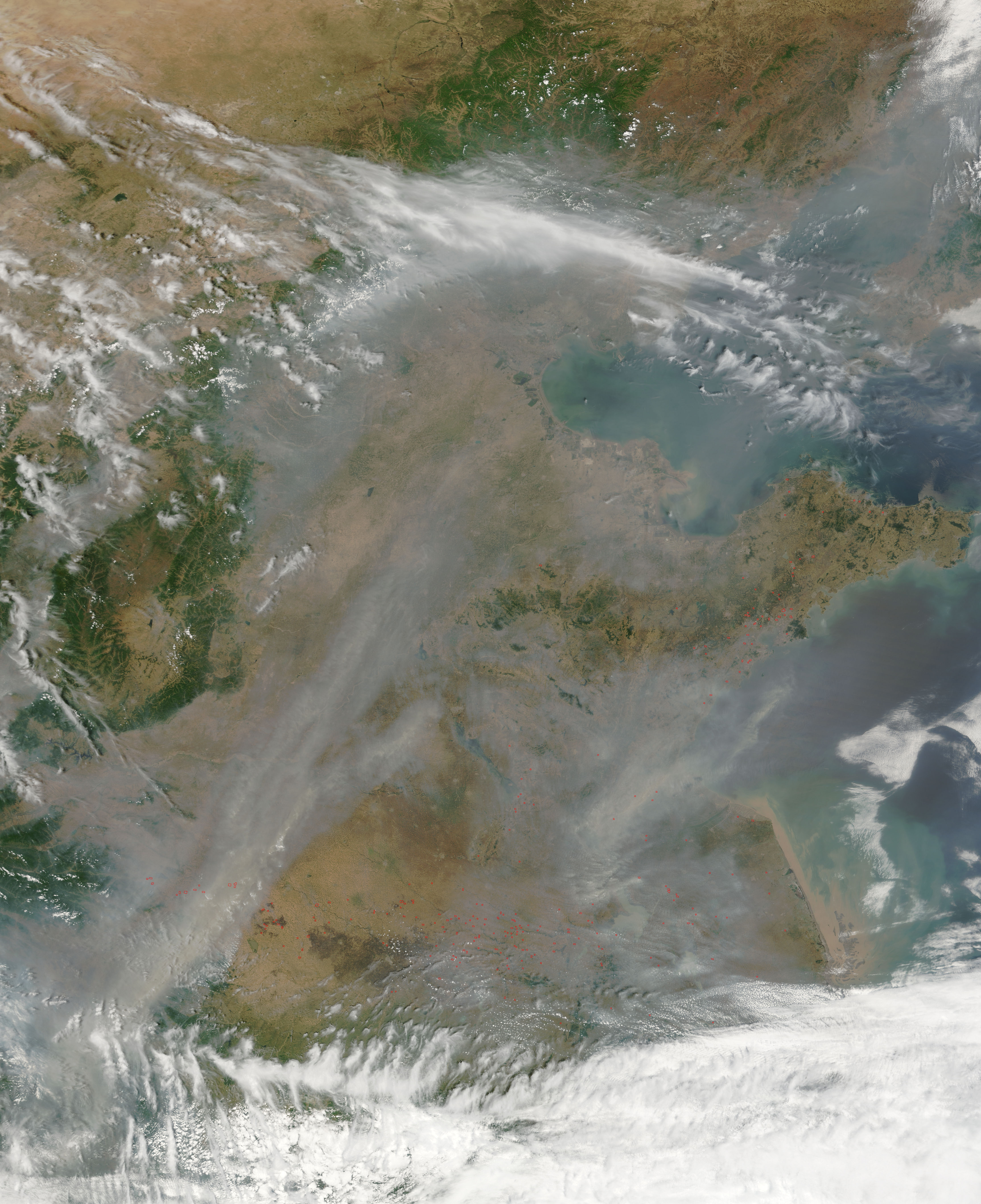 Streaks of thick haze were draped over the North China Plain when the Moderate Resolution Imaging Spectroradiometer (MODIS) captured this photo-like image on June 4, 2006, from NASA’s Terra satellite. Though it is not possible to tell the source of the haze from a photo-like image like this one, there are several likely contributors. First, dozens of fires, marked in red, are scattered across the southern edge of the plain. A light pall of gray haze lingers over the largest cluster of the fires below the center of the image (more clearly seen in the large image), hinting that smoke may be contributing to the haze. The Foreign Agricultural Service (FAS) expected China’s winter grain harvest to peak during the first two weeks of June, and it’s likely that the fires were started by farmers burning the stubble off their fields after harvest.

Dust may also be mingling in the mix of haze. In the lower-left corner and right of the center of the image, the haze is opaque with the earthy tan tone that is common for wind-blown dust. Eastern China experienced an unusual number of severe sand storms in the spring of 2006, when weather patterns in Siberia swept powerful winds across the Gobi Desert and carried dust over Eastern China. The dust shown in this image, however, appears to originate from the North China Plain. Mild drought settled over the Yellow River Basin, the area immediately north of the band of fires, after a dry spring, reported the FAS. Since dry soil is easily lifted on the wind, the likelihood of dust storms on the plain increases during drought.

Finally, urban and industrial pollution could be adding to the haze, particularly in the north. Here, the haze is lighter in color, resembling the white-gray air that sometimes lingers over cities. Several of China’s largest cities are in or near the area shown in this image (Beijing is just beyond the top edge of the image), and much of China’s industry is in this region as well.

The large image provided above is at MODIS’ maximum resolution (level of detail), 250 meters per pixel. The MODIS Rapid Response Team provides daily images of Eastern China in a variety of resolutions.