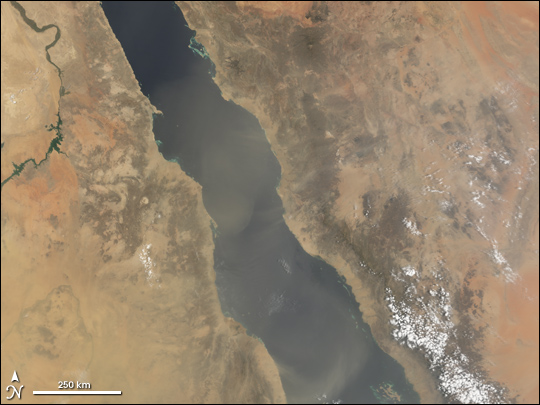 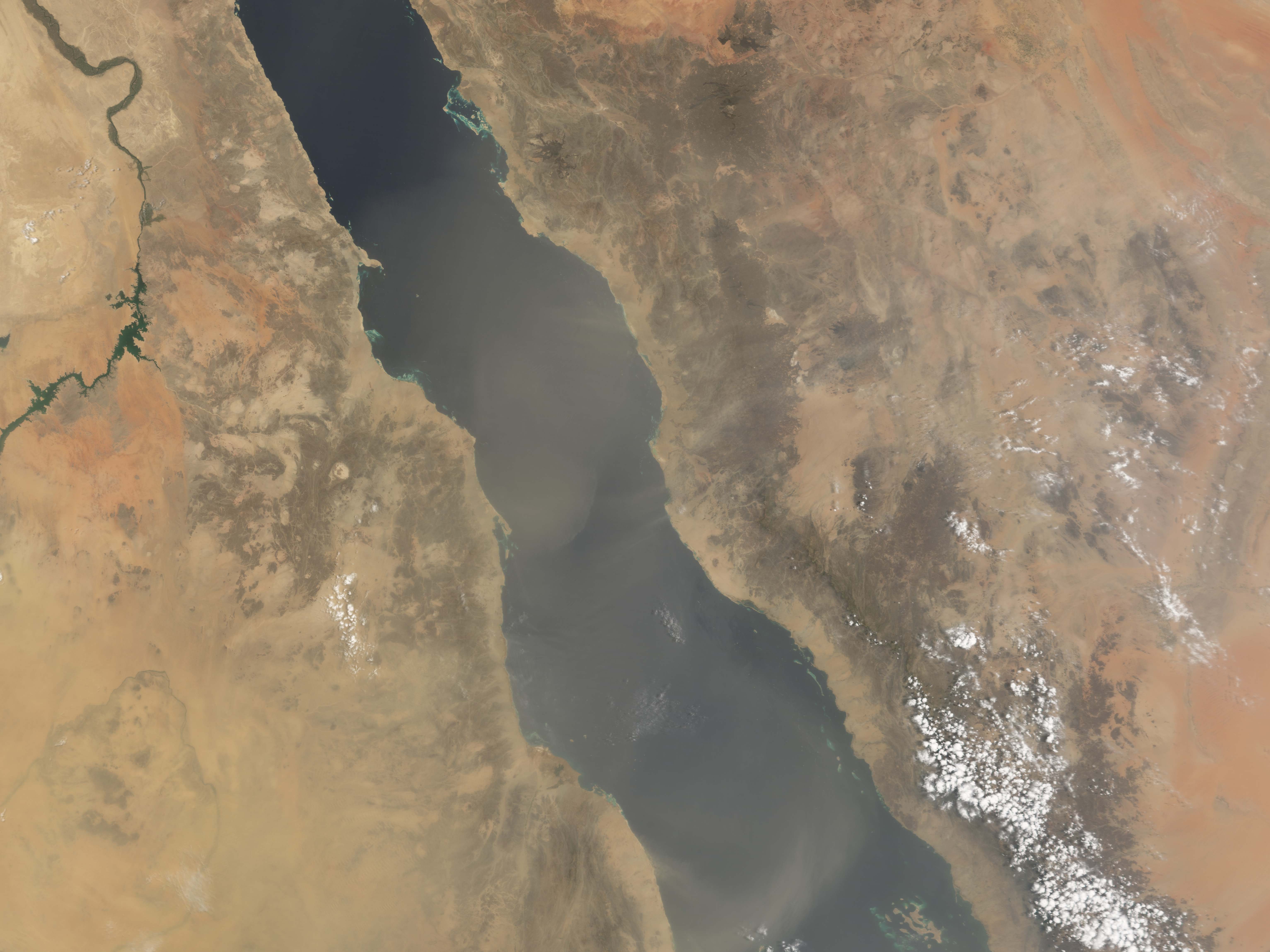 A dust storm blew across the Red Sea on June 9, 2006. The Moderate Resolution Imaging Spectroradiometer (MODIS) flying onboard NASA’s Terra satellite took this picture the same day. In this image, a dust plume partially obscures the view of the Red Sea, between Egypt in the west, and Saudi Arabia in the east. Extreme summer heat increases the likelihood of dust storms, and the sand seas of the Middle East produce many of the planet’s dust plumes.