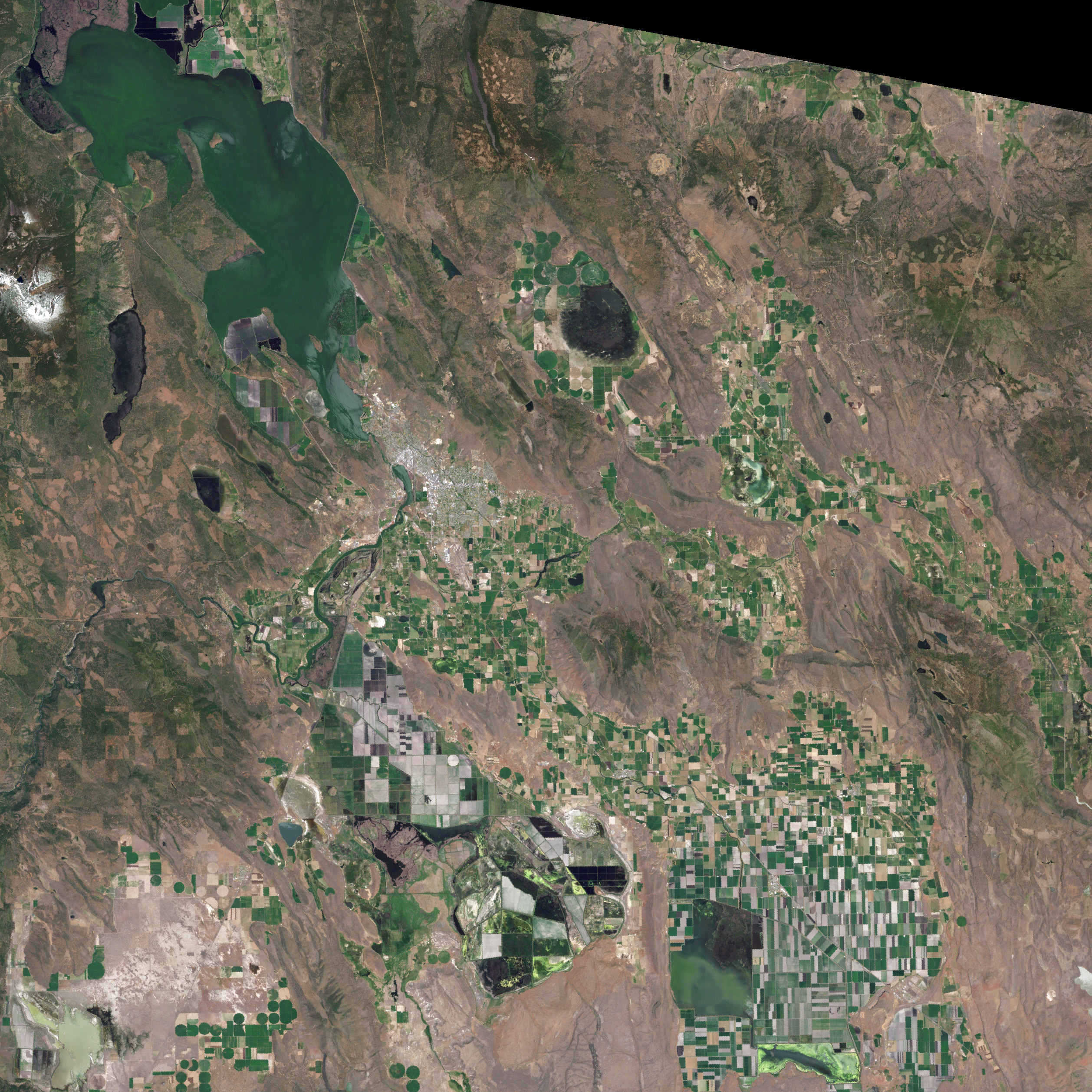 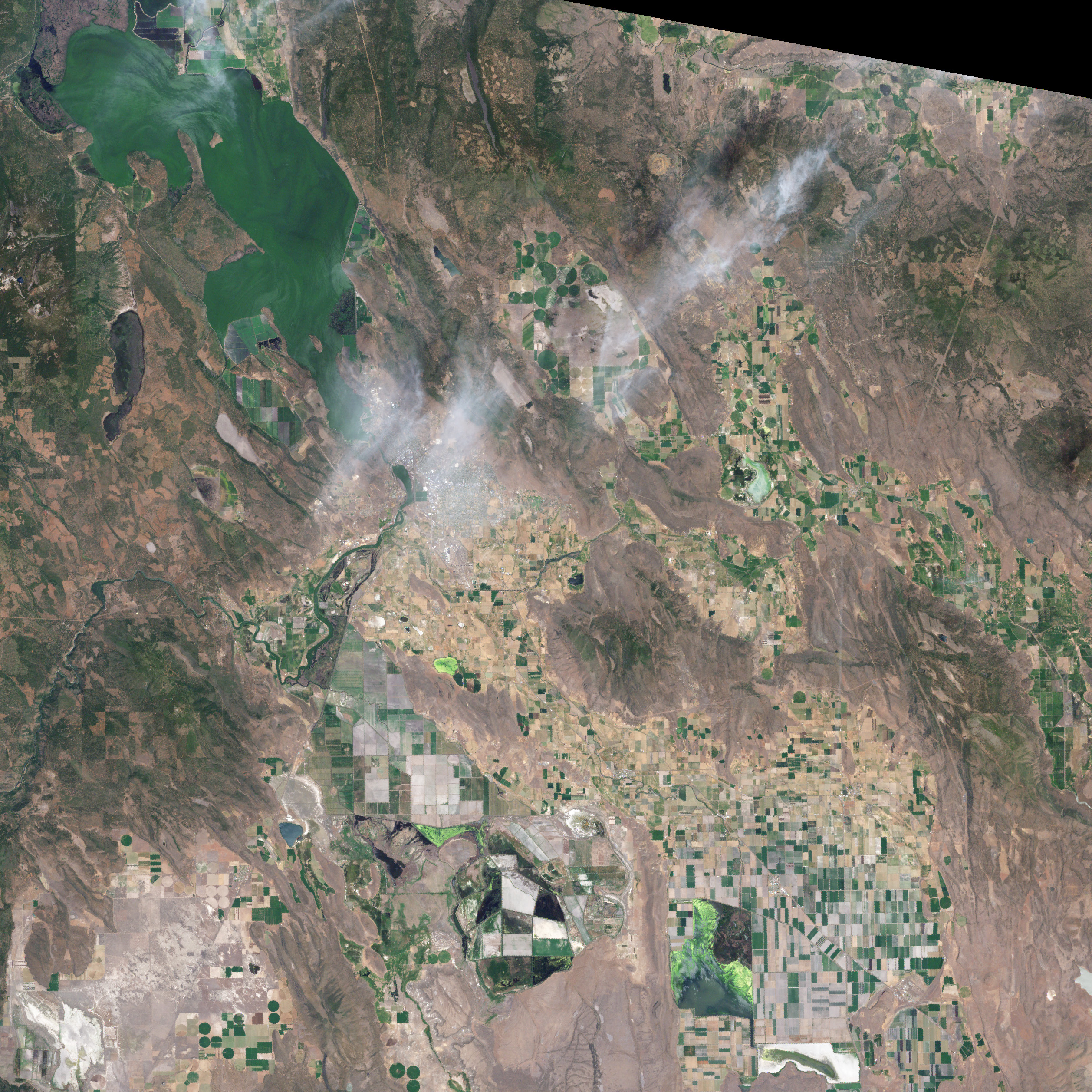 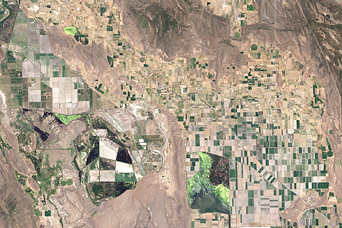 Drought in the Klamath River Basin

For more than 100 years, groups in the western United States have fought over water. During the 1880s, sheep ranchers and cattle ranchers argued over drinking water for their livestock on the high plains. In 1913, the city of Los Angeles began to draw water away from small agricultural communities in Owen Valley, leaving a dusty dry lake bed. In the late 1950s, construction of the Glen Canyon Dam catalyzed the American environmental movement. Today, farmers are fighting fishermen, environmentalists, and Native American tribes over the water in the Upper Klamath River Basin. The Landsat 7 satellite, launched by NASA and operated by the U.S. Geological Survey, documented an extreme drought in the area along the California/Oregon border in the spring of 2001.

This image originally appeared in the NASA Earth Observatory story Drought in the Klamath River Basin.