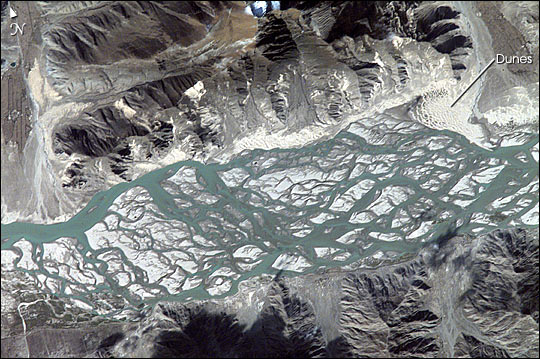 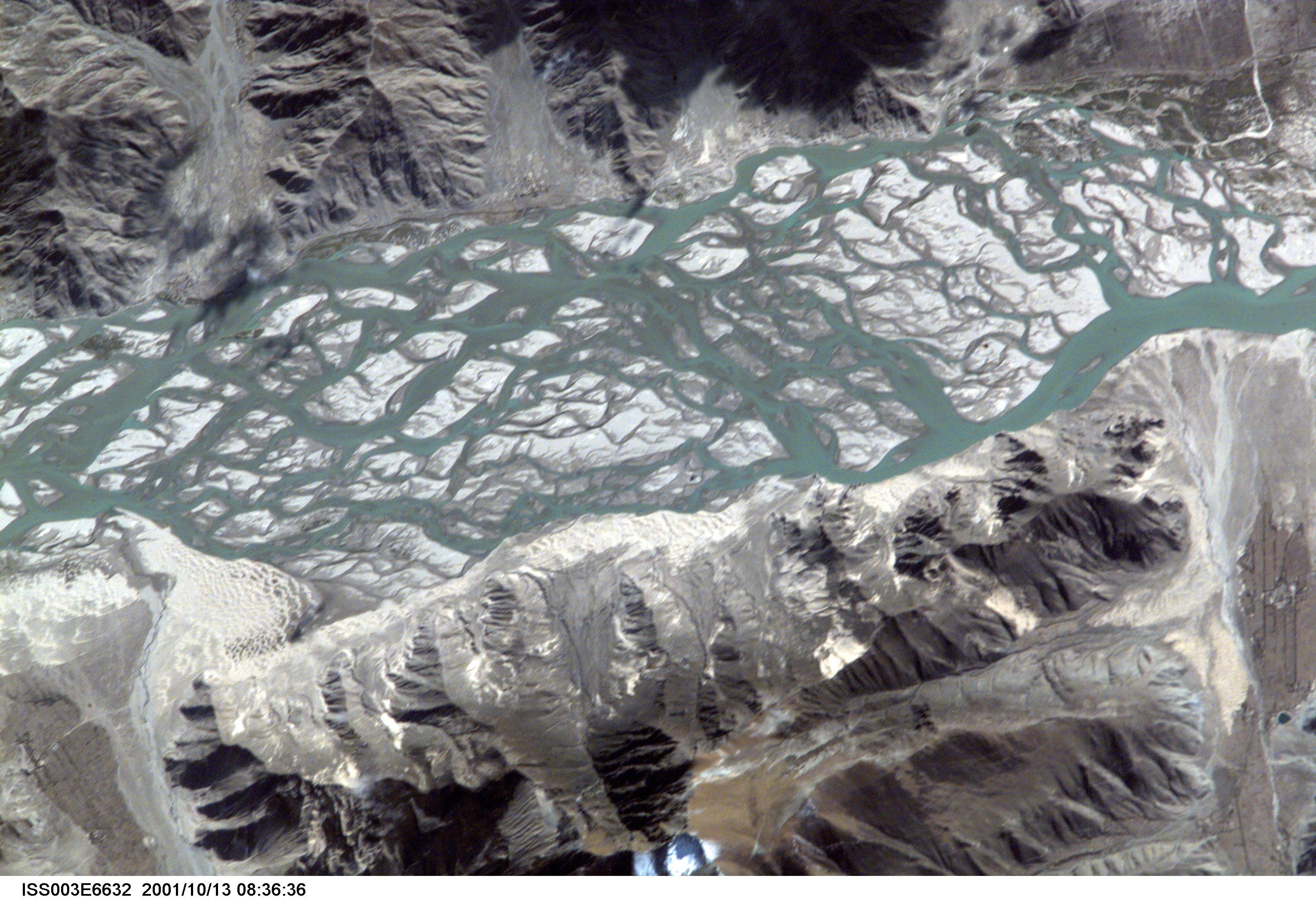 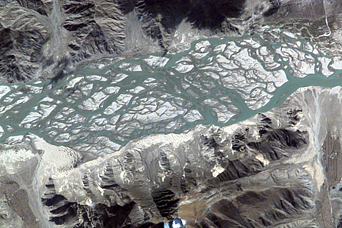 On October 13, 2000, the Expedition 3 crew of the International Space Station, high over Tibet, took this interesting photo of the Brahmaputra River. This mighty Asian river carves a narrow west-east valley betweenthe Tibetan Plateau to the north and the Himalaya Mountains to the south, as it rushes eastward for more than 1500 kilometers in southwestern China. This 15-kilometer stretch is situated about 35 kilometers south of the ancient Tibetan capital of Lhasa where the river flow becomes intricately braided as it works and reworks its way through extensive deposits of erosional material. This pattern is indicative of a combination heavy sediment discharge from tributaries and reduction of the river’s flow from either a change in gradient or perhaps even climate conditions over the watershed.

Image ISS003-E-6632, was provided by the Earth Sciences and Image Analysis Laboratory at Johnson Space Center. Additional images taken by astronauts and cosmonauts can be viewed at the NASA-JSC Gateway to Astronaut Photography of Earth.