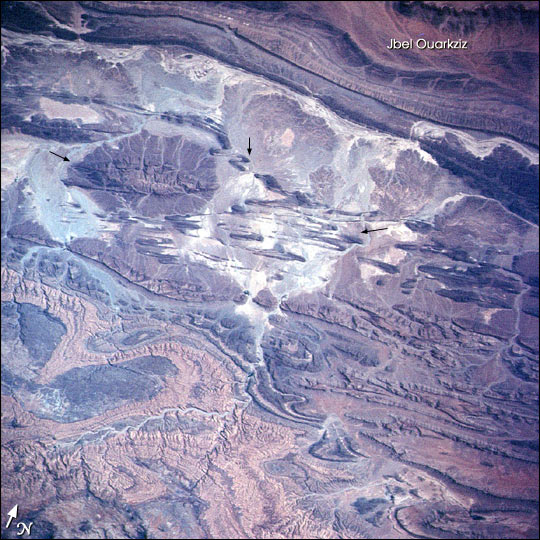 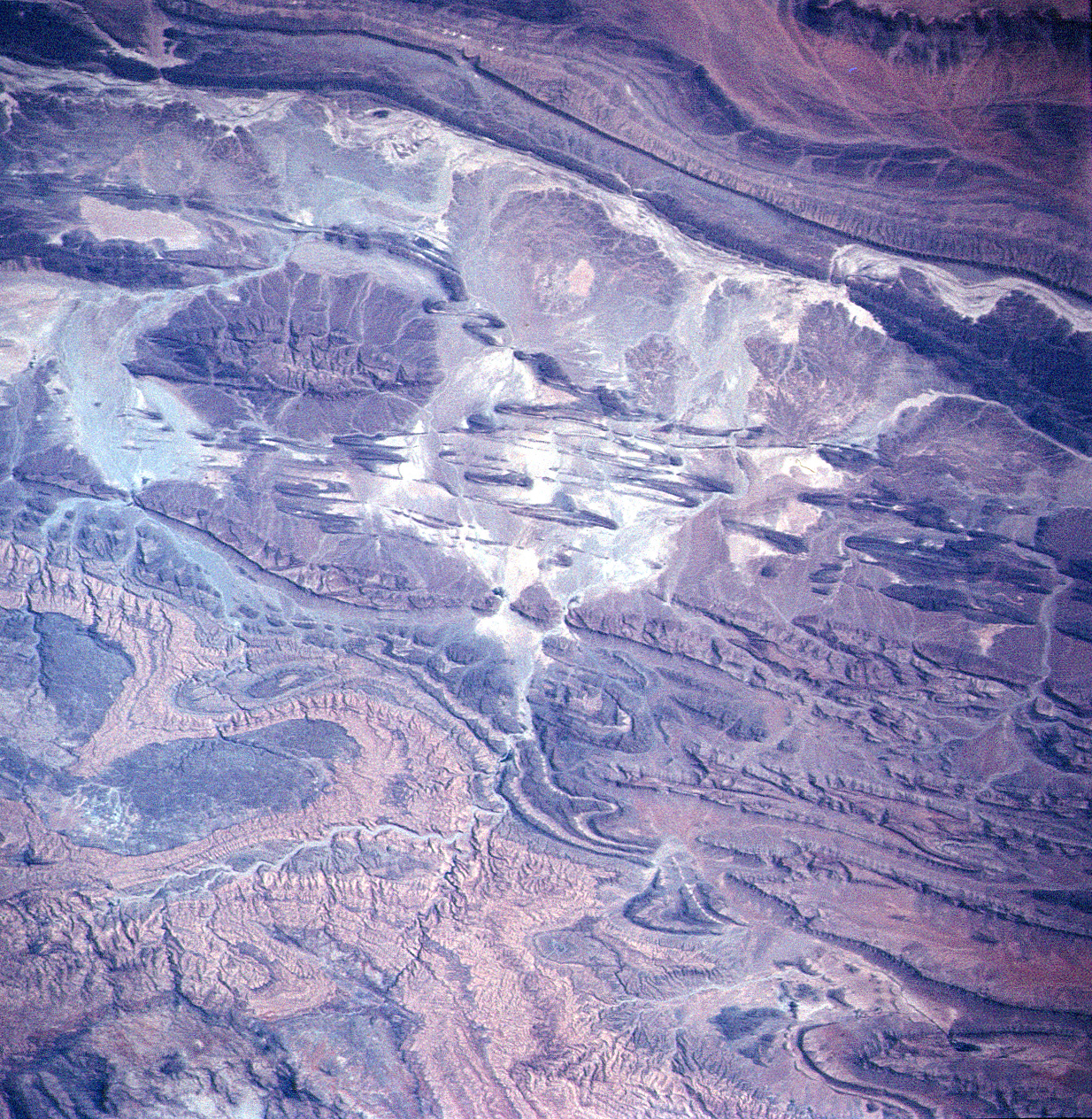 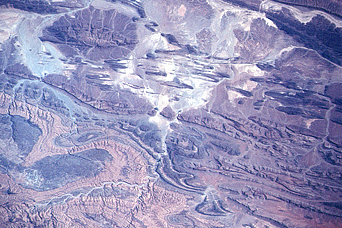 The Anti-Atlas Mountains of northern Africa and the nearby Atlas mountains were created by the prolonged collision of the African and Eurasian tectonic plates, beginning about 80 million years ago.

STS108-711-25 was taken in December, 2001 by the crew of Space Shuttle mission 108 using a Hasselblad camera with 250-mm lens. The image is provided by the Earth Sciences and Image Analysis Laboratory at Johnson Space Center. Additional images taken by astronauts and cosmonauts can be viewed at the NASA-JSC Gateway to Astronaut Photography of Earth.