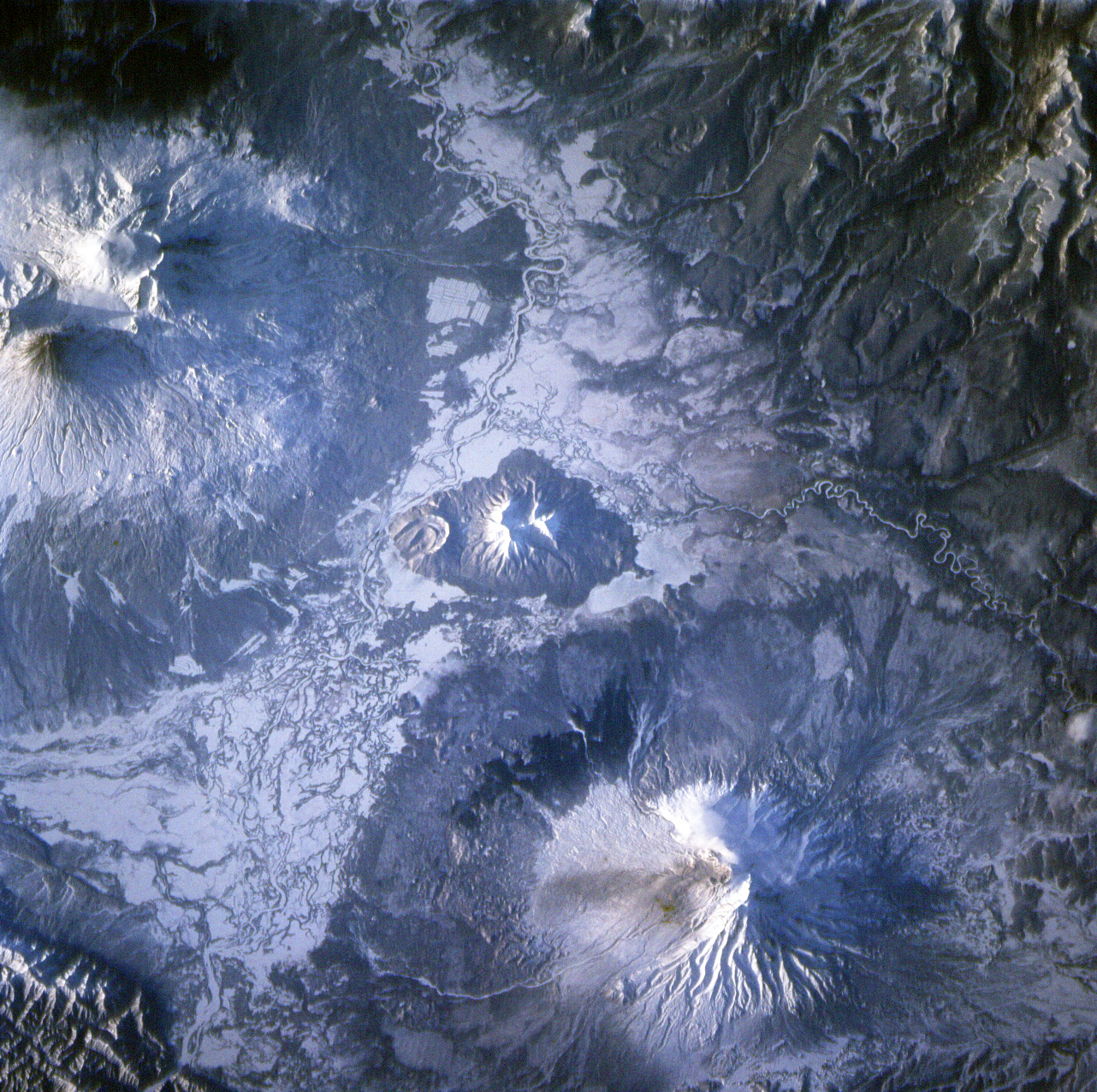 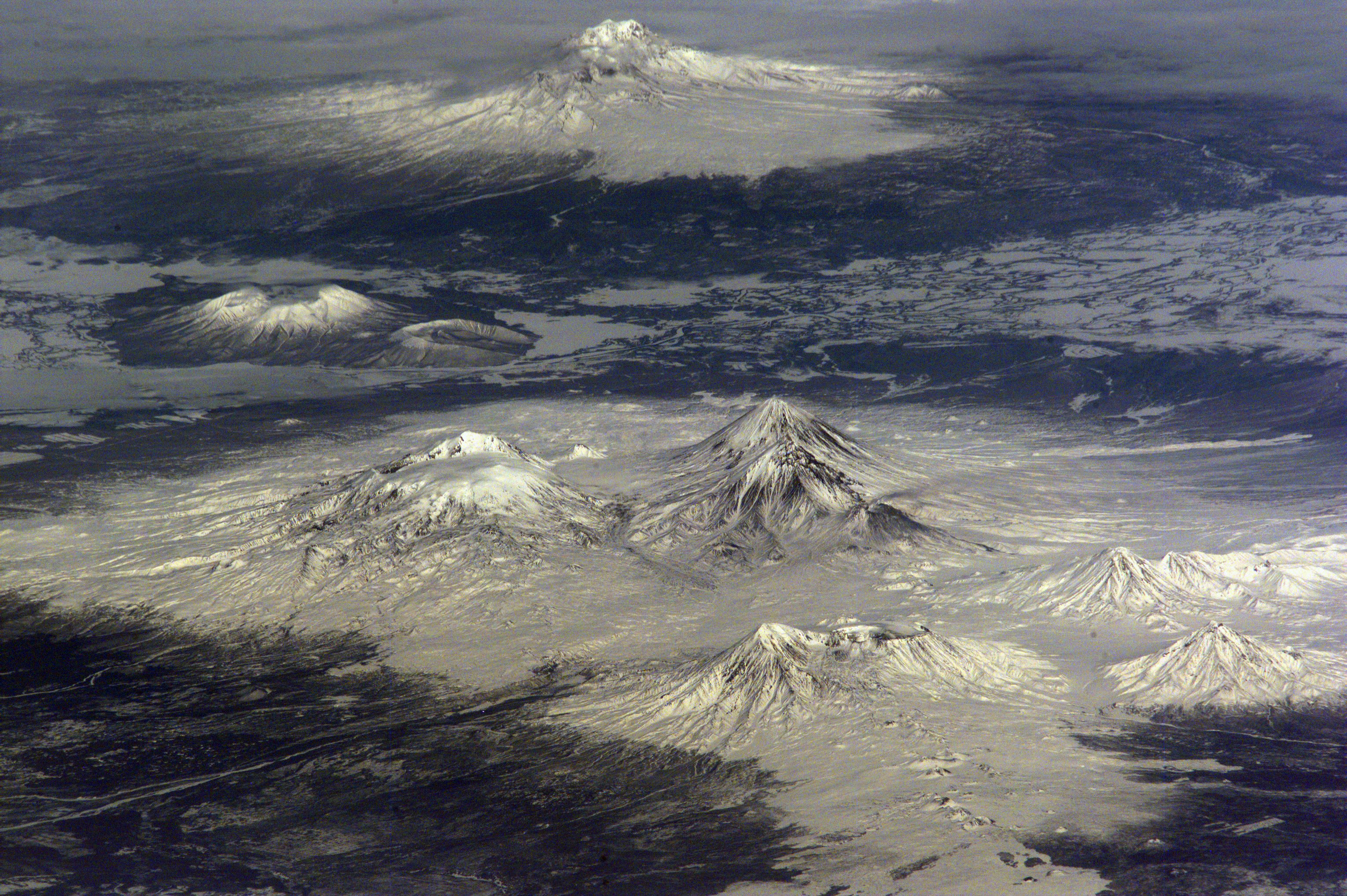 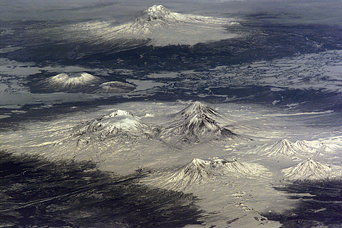 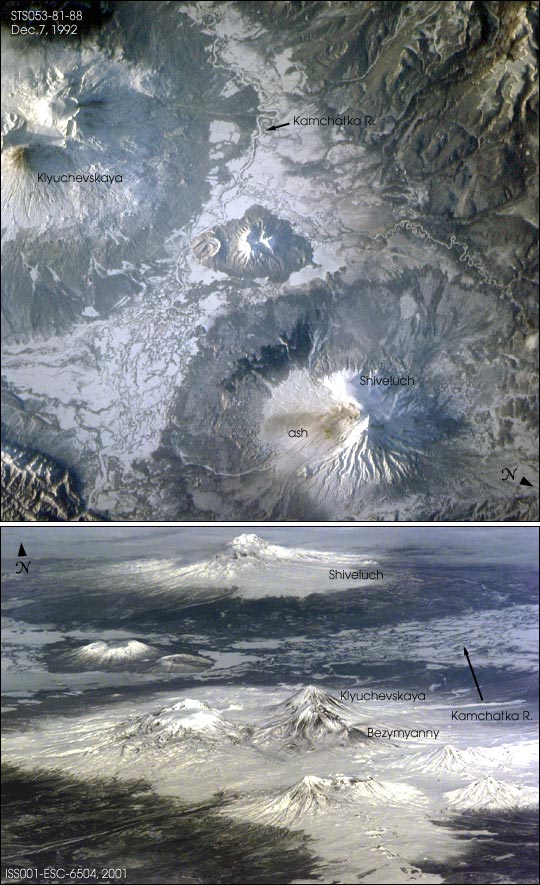 Shiveluch volcano anchors the northern end of a volcanic chain of more than 100 volcanoes covering the Kamchatkan Peninsula. It is one of the most active volcanoes along the Pacific Rim. In 2001, astronauts aboard the International Space Station Alpha looked north toward Shiveluch’s scarred southern slope to get a unique perspective of the impressive cluster of volcanoes in the Klyuchevskaya group and Shiveluch.

Photograph number STS053-81-88 was taken nearly 10 years ago from the Space Shuttle on December 7, 1992. Digital photograph number ISS001-ESC-6504 was taken in early 2001 from the International Space Station Alpha. Both images were provided by the Earth Sciences and Image Analysis Laboratory at Johnson Space Center. Additional images taken by astronauts and cosmonauts can be viewed at the NASA-JSC Gateway to Astronaut Photography of Earth.