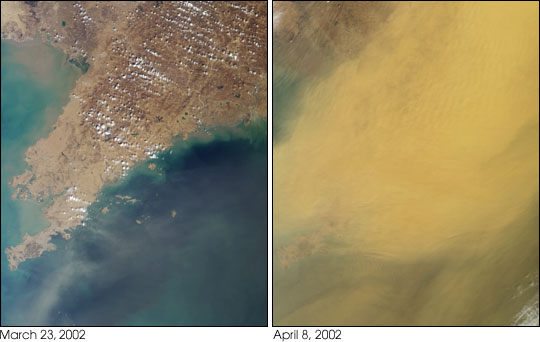 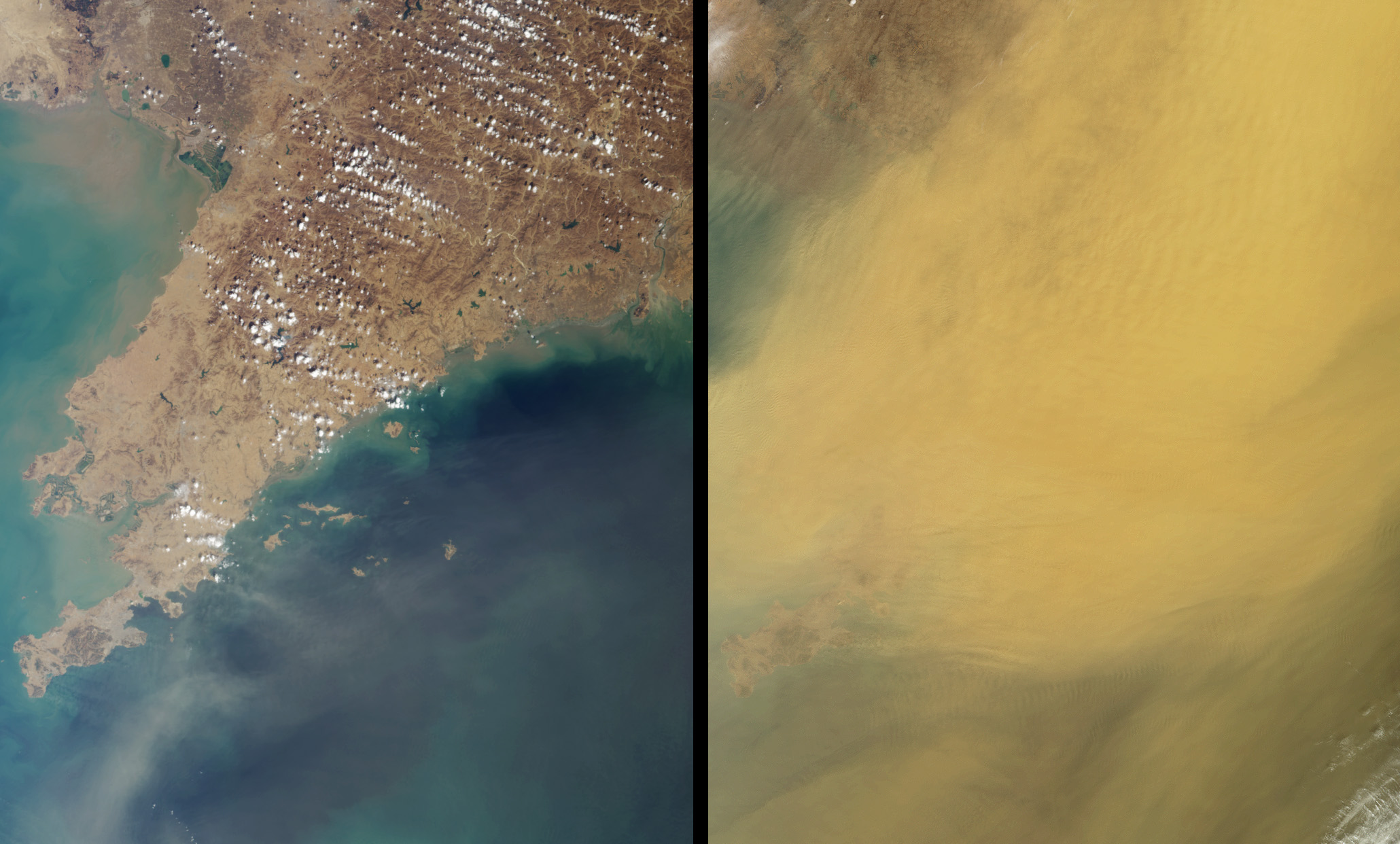 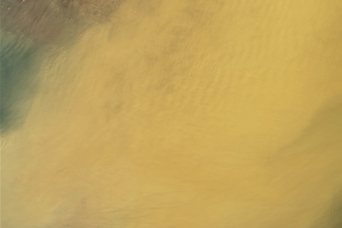 This pair of Multi-angle Imaging SpectroRadiometer images, acquired 16 days apart, covers the Liaoning region of China and parts of northern and western Korea. They contrast a relatively clear day (March 23, 2002) with one in which the skies were extremely dusty (April 8, 2002). In the later view (right-hand image), the dust obscures most of the surface, although the Liaodong Peninsula extending between the Bo Hai Sea and Korea Bay is faintly visible at the lower left. Wave features are apparent within the dust layer.