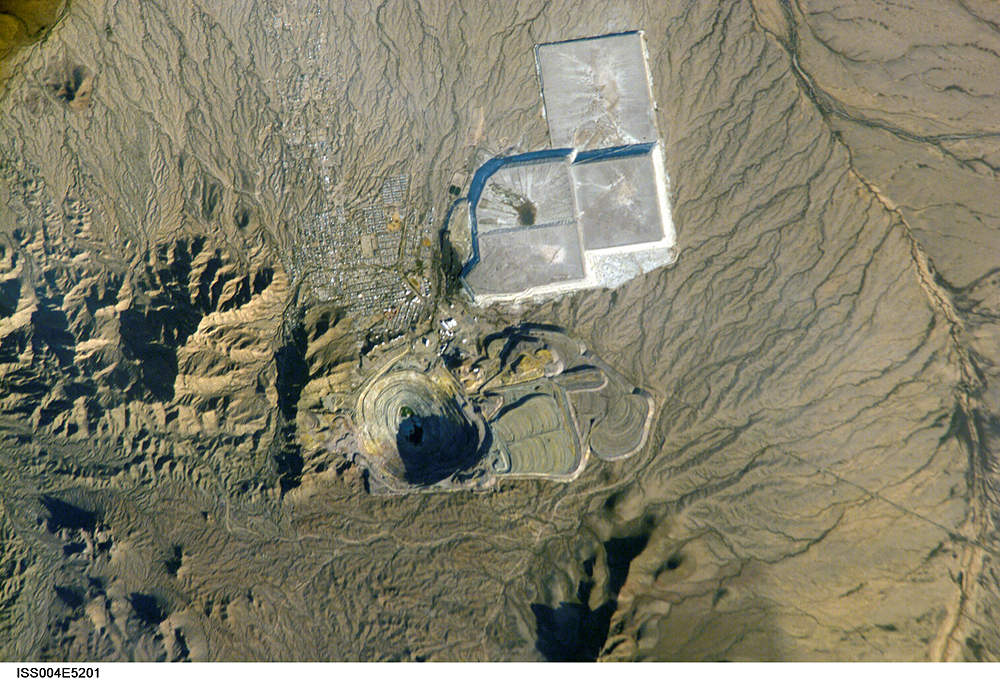 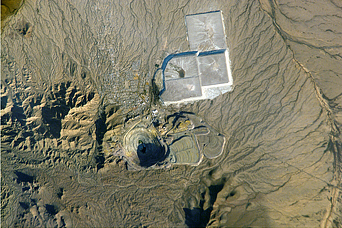 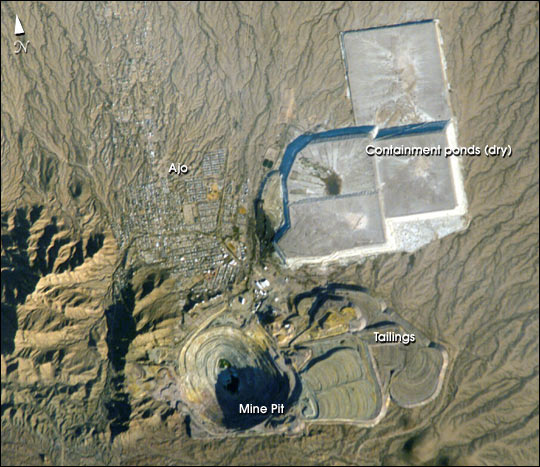 Although this photograph may appear to be a small pit mine as seen from the air, it is actually a pit mine that is about a mile wide and just over a thousand feet deep as photographed by astronauts orbiting the Earth on board the International Space Station. The New Cornelia Mine is located just south of Ajo, Arizona. Small-scale mining of copper in this area began with the Spaniards and Mexicans as early as 1750. This large-scale, systematic operation began in 1912 and expanded rapidly for the next 50 years. Since the mid 1980s, activity has been limited because of low prices for copper on the world market. Note the tailings deposits to the east (right) and the larger containment ponds for extraction processes to the northeast.

Image ISS004-E-5201, was provided by the Earth Sciences and Image Analysis Laboratory at Johnson Space Center. Additional images taken by astronauts and cosmonauts can be viewed at the NASA-JSC Gateway to Astronaut Photography of Earth.