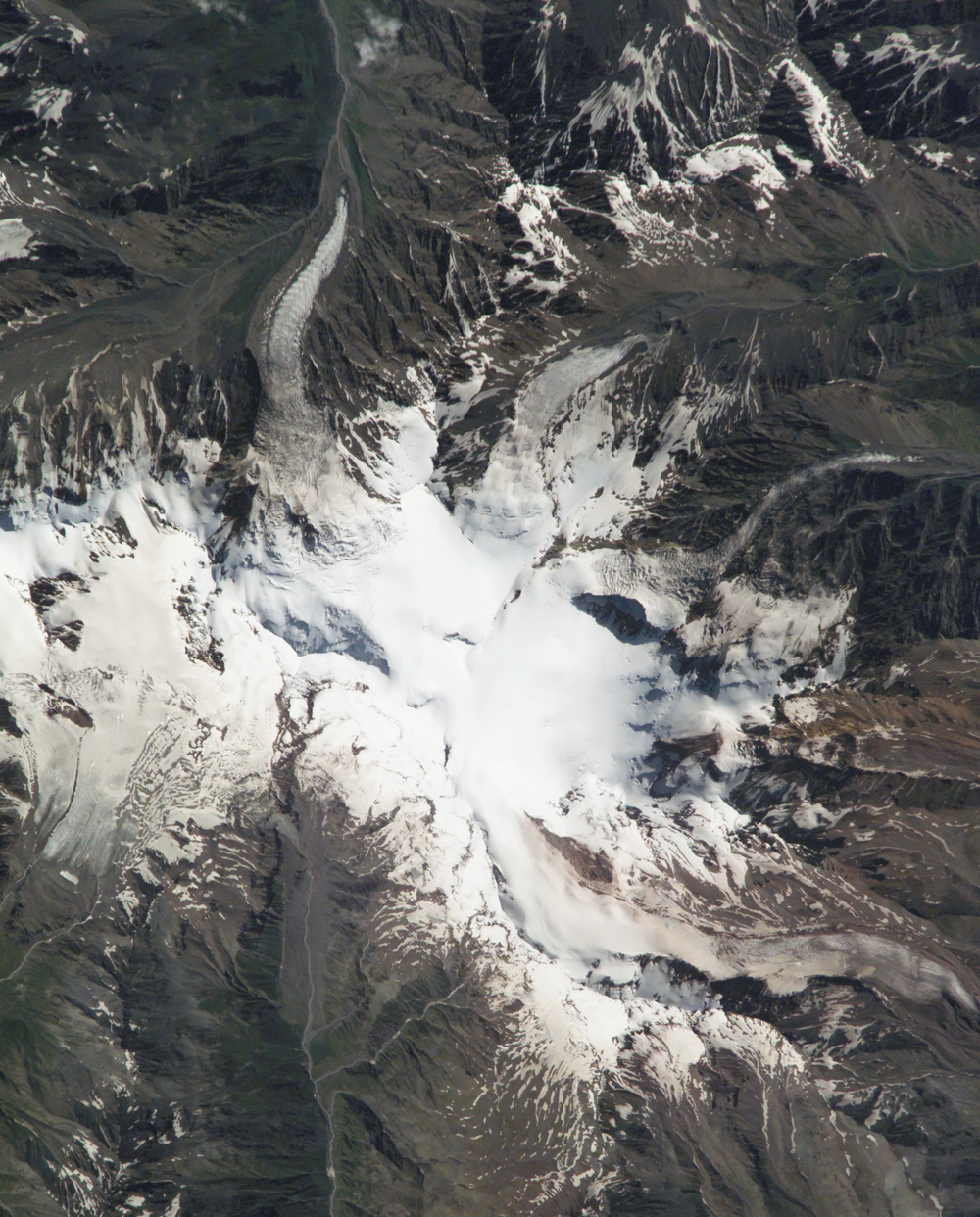 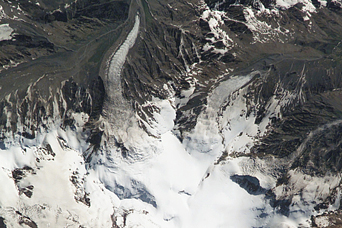 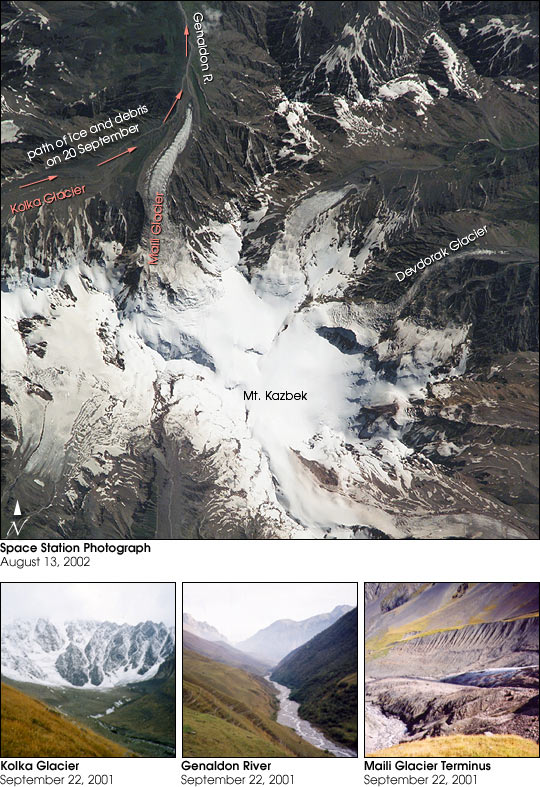 This photograph of Mt. Kazbek was taken from the International Space Station on August 13, 2002. The astronauts and cosmonauts took the photograph at the request of the Russian URAGAN project, which is studying changes in the world’s glaciers in response to global climate change. Although scientists have predicted the possibility of large glacial collapses as the climate warms, no one predicted that tragedy would strike the mountain village of Karmadon, a little more than a month later.

ISS005-E-9691 was provided by the Earth Sciences and Image Analysis Laboratory at Johnson Space Center. Additional images taken by astronauts and cosmonauts can be viewed at the NASA-JSC Gateway to Astronaut Photography of Earth.