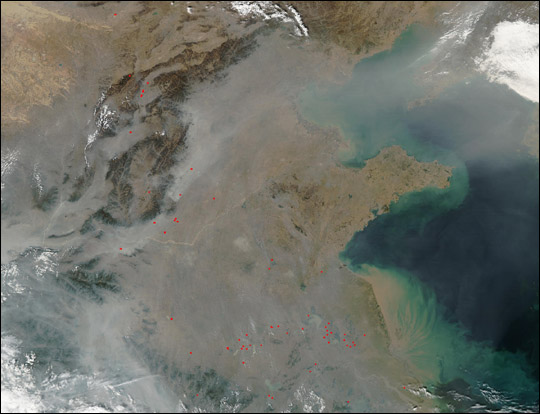 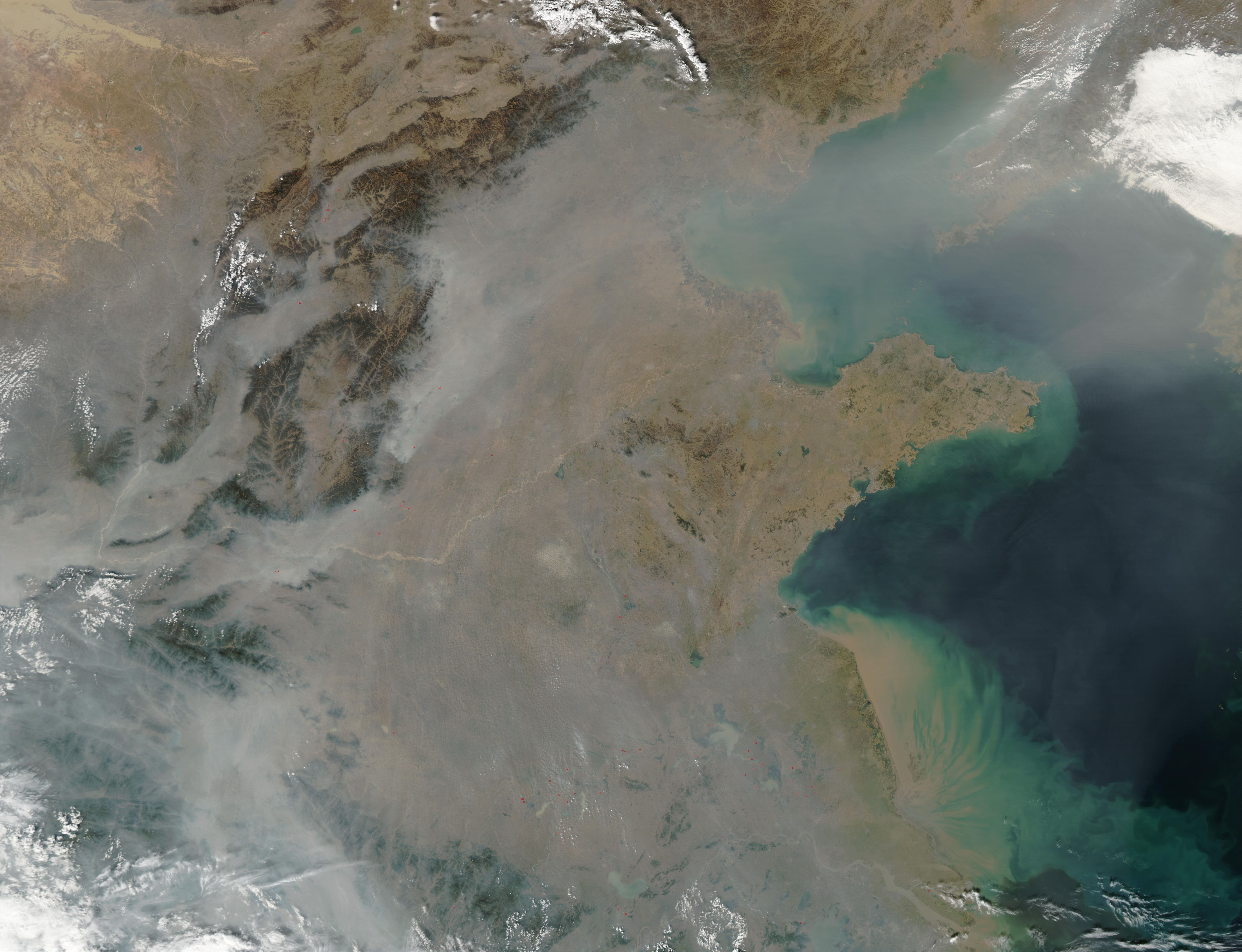 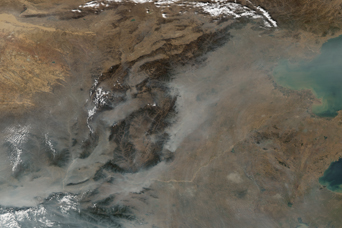 This true-color image over eastern China was acquired on October 16, 2002. The scene reveals a thick pall of smoke and haze (gray) filling the skies overhead. Smog fills the valleys and courses around the contours of the terrain in China’s hilly and mountainous regions. The higher elevations are less obscured by the smog than the lower-lying plains and valleys in the surrounding countryside.