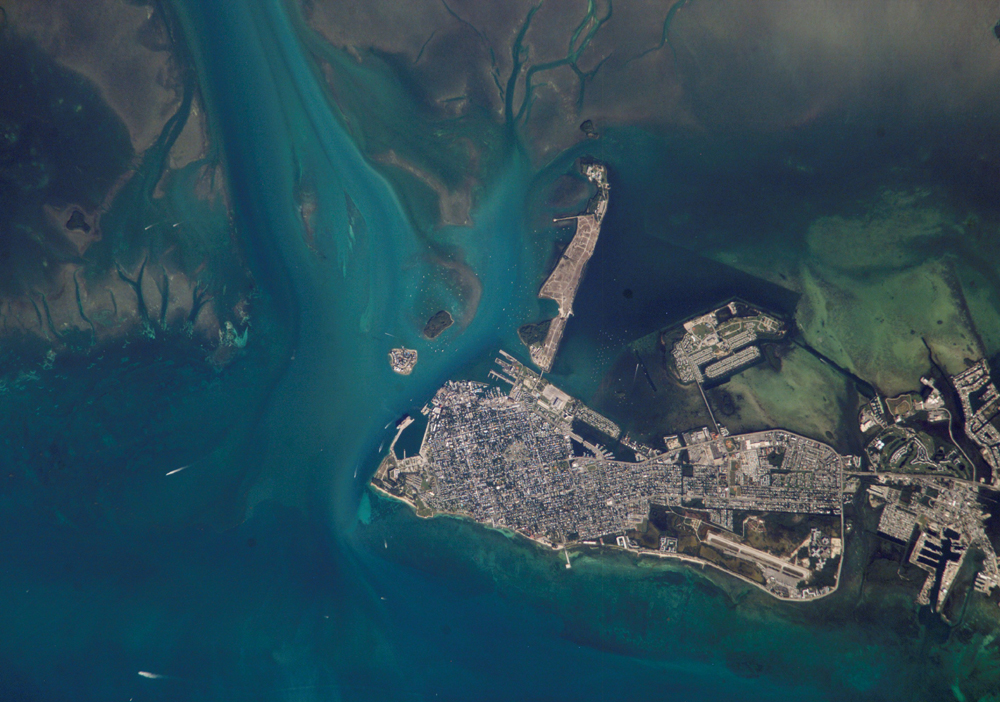 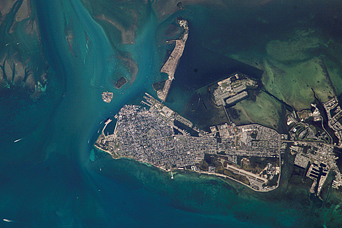 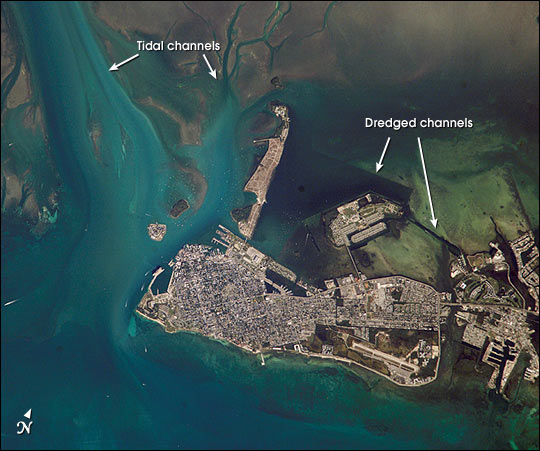 Turquoise blue waters, coral reefs and sandy beaches were apparently on the minds of International Space Station astronauts last week. As they passed over the Florida Keys, they acquired a sequence of images from Key West eastward along the outer keys. The detail of the images showcases the clarity of the Caribbean waters, and allows for mapping of both land use and shallow marine features. This image of Key West shows the intensive built-up area of the town, the offshore sand flats and grassbeds surrounding Key West, the patterns of natural tidal channels and artificially dredged channels that allow boat access to the local marinas.

Astronaut photograph ISS005-E-18039 was taken on October 22, 2002, and is provided by the Earth Sciences and Image Analysis Laboratory at Johnson Space Center. Additional images taken by astronauts and cosmonauts can be viewed at the NASA-JSC Gateway to Astronaut Photography of Earth.