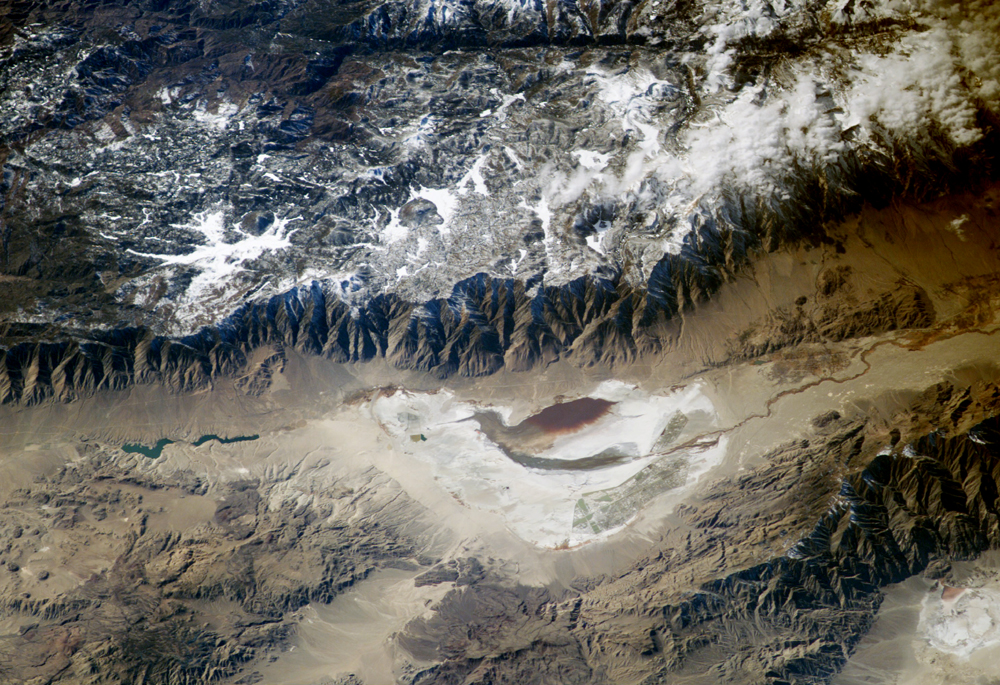 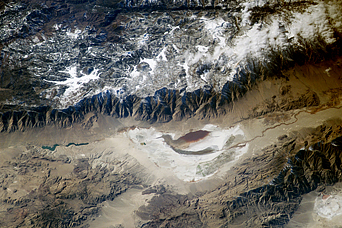 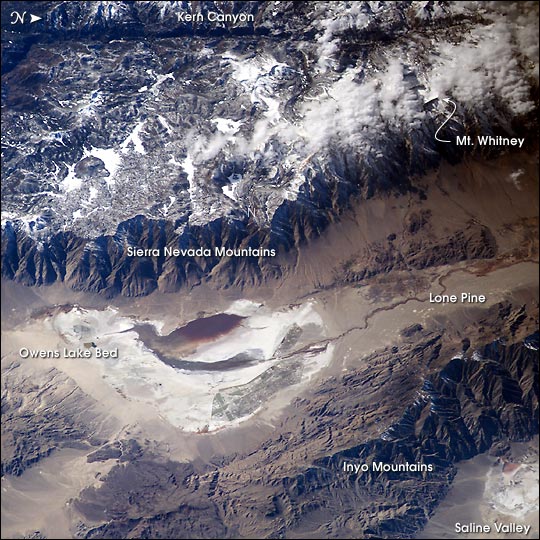 Astronauts aboard the International Space Station looked obliquely down at the steep eastern flank of California’s Sierra Nevada. Even from space the topography is impressive. The range drops nearly 11,000 feet from Mt. Whitney (under cloud, arrow), the highest mountain in the lower 48 states (14,494 ft), to the floor of Owens Valley (the elevation of the town of Lone Pine is 3,760 ft). The Sierra Nevada landscape is well known for deep, glacially scoured valleys, like Kern Canyon west of Mt. Whitney.

Astronaut photograph ISS006-E-24783 was taken February 6, 2003, with an Electronic Still Camera equipped with 180 mm lens and is provided by the Earth Sciences and Image Analysis Laboratory at Johnson Space Center. Additional images taken by astronauts and cosmonauts can be viewed at the NASA-JSC Gateway to Astronaut Photography of Earth.