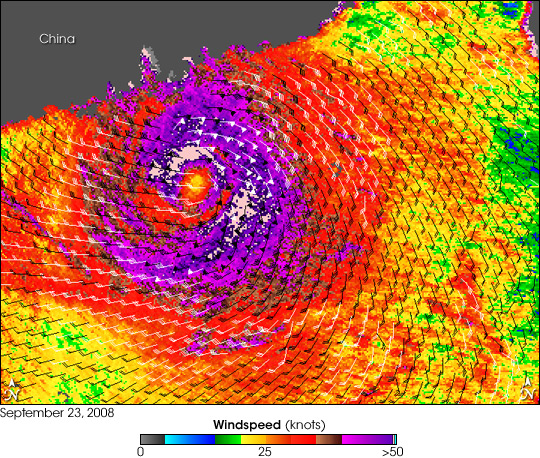 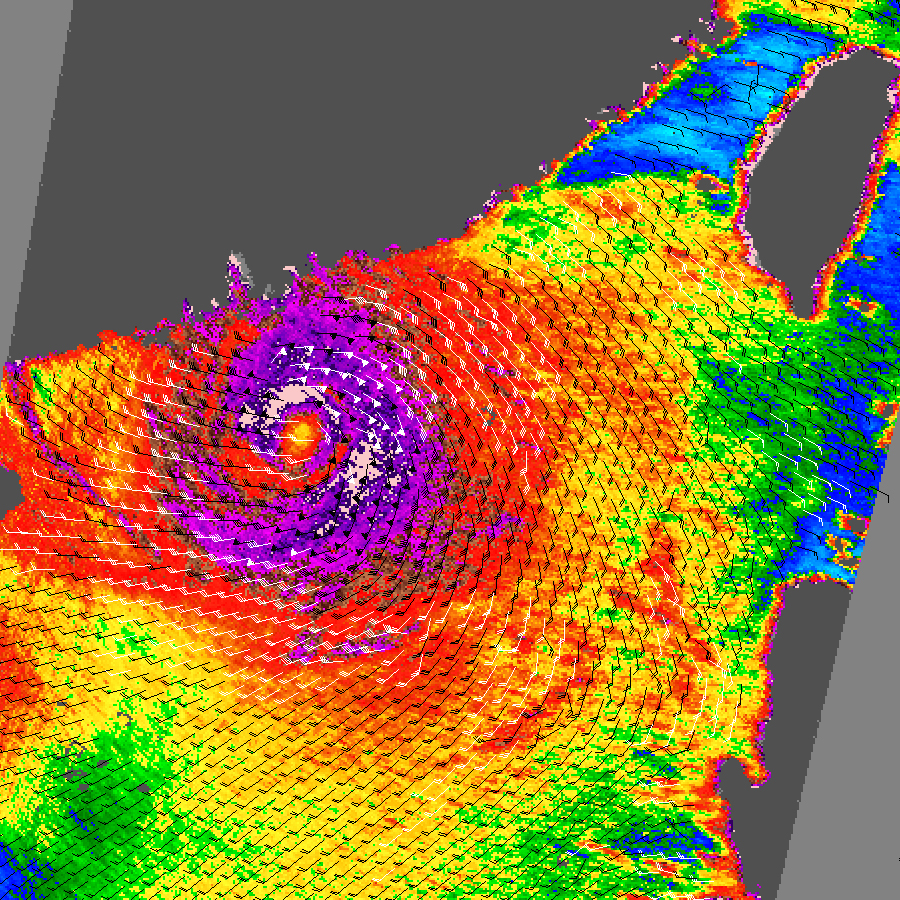 This visualization, made with data from NASA’s QuikSCAT satellite, illustrates the power of Typhoon Hagupit as it moved towards the southern China shore on September 23, 2008. The colors depict wind speed, while the barbs point to wind direction. White barbs indicate areas of heavy rain. The image shows how symmetrical and well-formed Hagupit was. A field of strong wind, shown in purple, surrounds a perfectly circular eye of calm.

Also, the unusually heavy rain found in a cyclone distorts the microwave pulses in a number of ways, making a conversion to exact wind speed difficult. Instead, the scatterometer provides a nice picture of the relative wind speeds within the storm and shows wind direction. This information on winds can help forecasters pinpoint the precise location of the eye.

When QuikSCAT recorded the data used to make this image at 10:21 UTC on September 23, Hagupit was a strong Category 3 storm with winds of 195 kilometers per hour (121 miles per hour or 105 knots). It strengthened into a Category 4 storm with winds of 222 km/hr (138 mph or 120 knots) before coming ashore early on September 24. As of early September 25 (local time), the storm had caused five deaths, destroyed more than 14,000 houses, and caused an economic loss of about 824 million U.S. dollars, said Xinhua news.