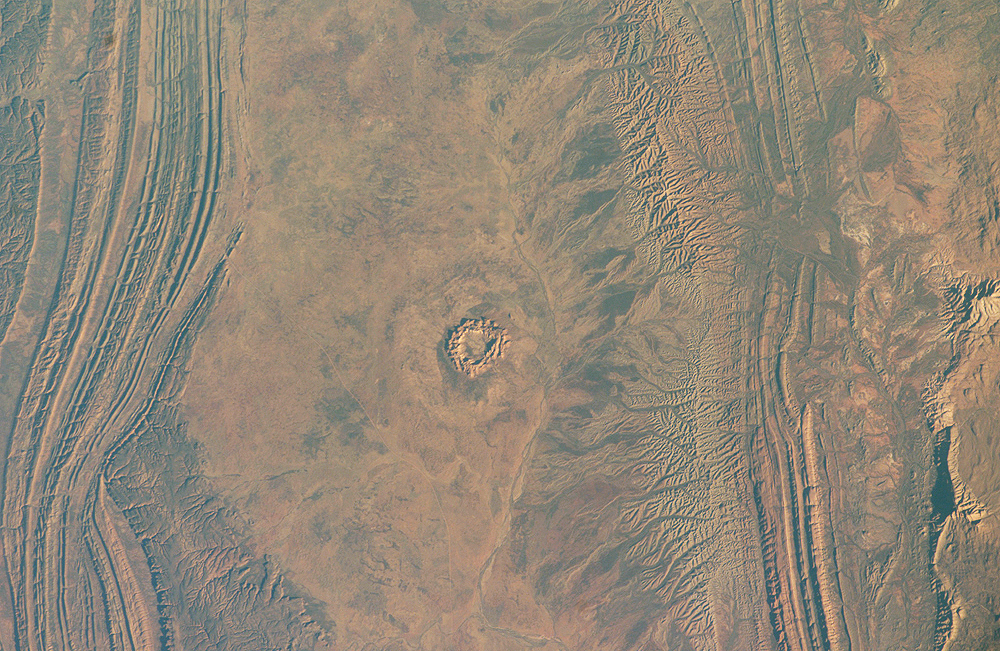 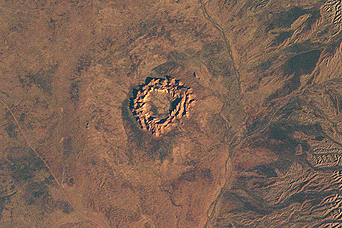 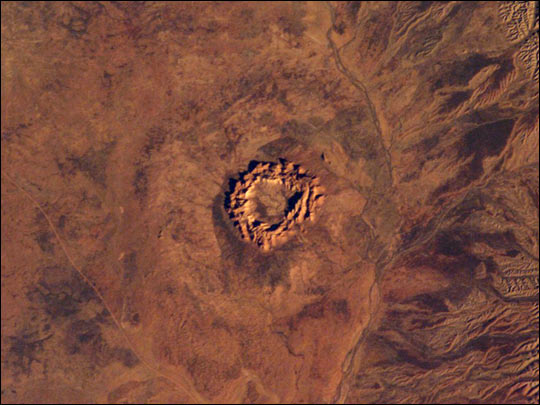 This image shows Gosses Bluff, an impact crater sandwiched between the Macdonnell Range to the north and the James Range to the south in Australia’s Northern Territory—it is about 160 km west of Alice Springs. It is one of the most studied of the Australian impact craters. The impactor, an asteroid or comet, was probably about 1 km in diameter and crashed into the earth about 142 million years ago.

Astronaut photograph ISS007-E-05697 was taken with an Electronic Still Camera on May 20, 2003 with a 180-mm lens and is provided by the Earth Sciences and Image Analysis Laboratory at Johnson Space Center. Additional images taken by astronauts and cosmonauts can be viewed at the NASA-JSC Gateway to Astronaut Photography of Earth.