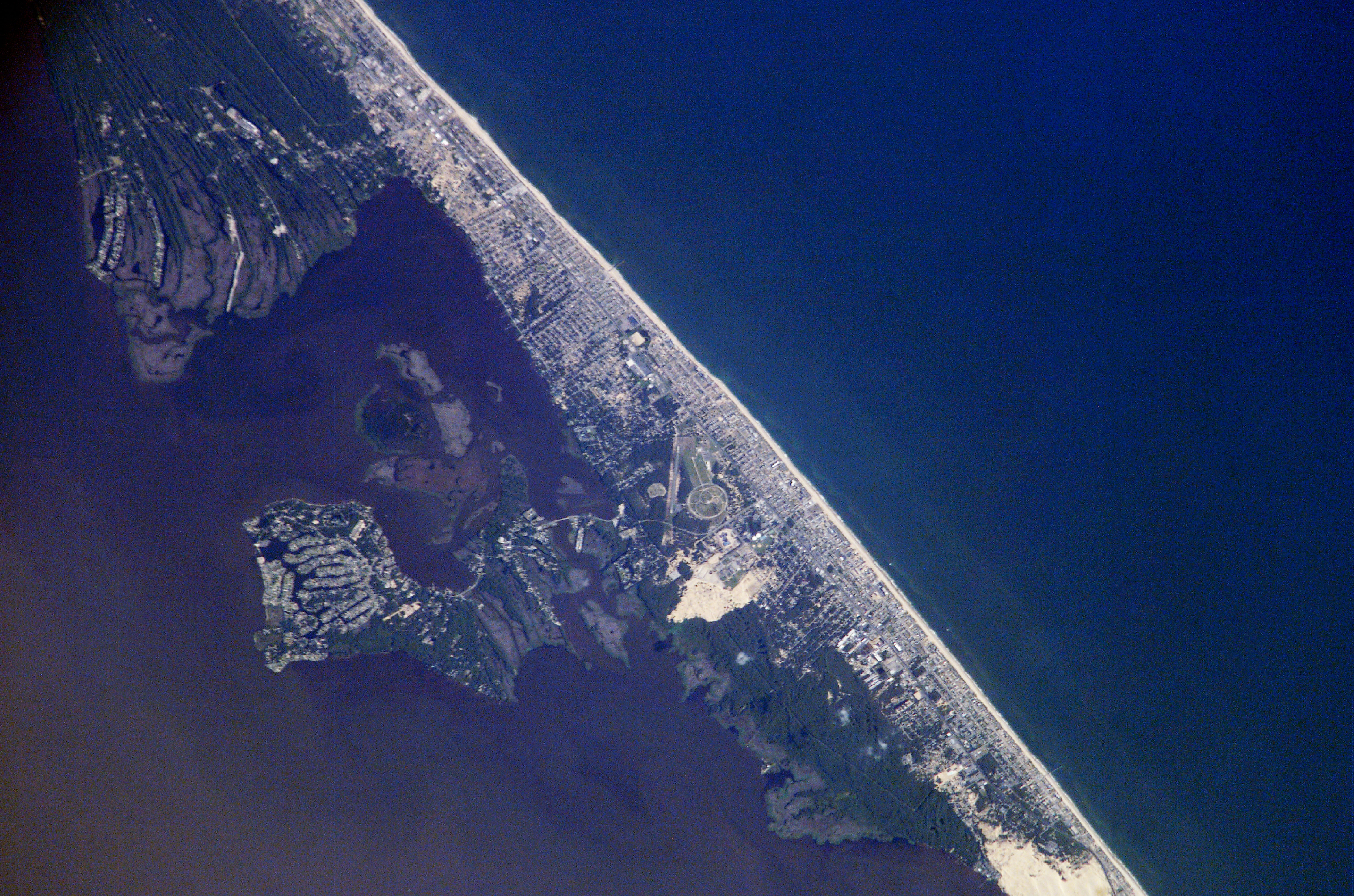 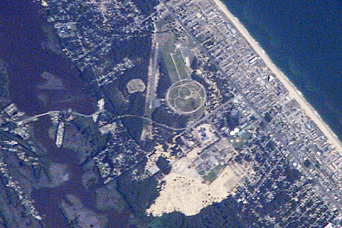 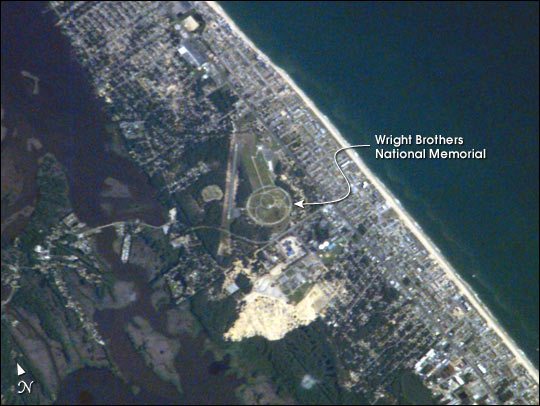 In 2003 the world celebrated a century of human flight with the one hundredth anniversary of the Wright Brothers’ first flight at Kitty Hawk, North Carolina. Astronauts aboard the International Space Station share a kindred spirit of flight accomplishments and commemorated the centennial celebration with this image of Kitty Hawk and the Wright Brothers National Memorial. Kitty Hawk is located on North Carolina’s Outer Banks. The Wrights used the Outer Banks’ prevailing winds and the altitude gained by climbing a 90-foot hill (Kill Devil Hill) to successfully demonstrate powered flight. The large circle on the image is a road ringing Kill Devil Hill, now part of the Wright Brothers National Memorial.

Astronaut photograph ISS007-E-7842 was taken with an electronic still camera equipped with an 800 mm lens on June 22, 2003. The image is provided by the Earth Sciences and Image Analysis Laboratory at Johnson Space Center. Additional images taken by astronauts and cosmonauts can be viewed at the NASA-JSC Gateway to Astronaut Photography of Earth.