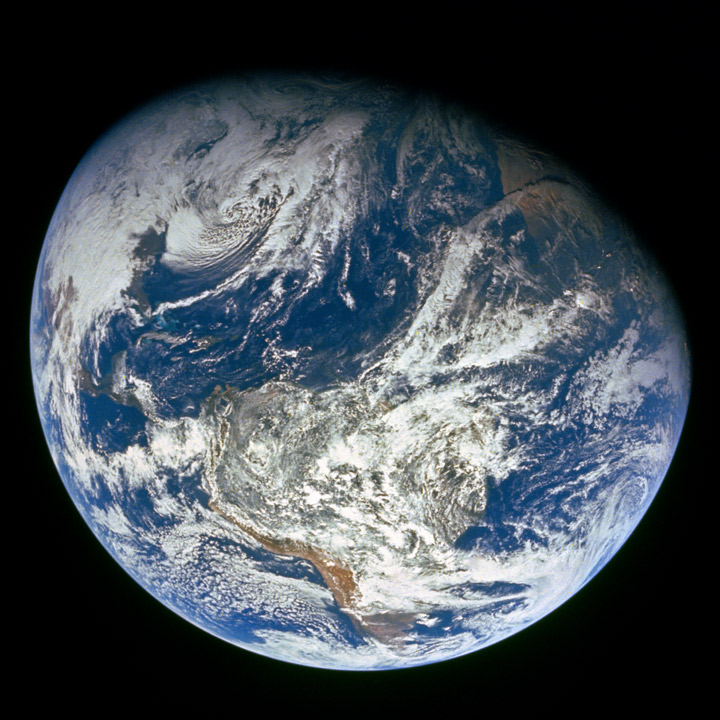 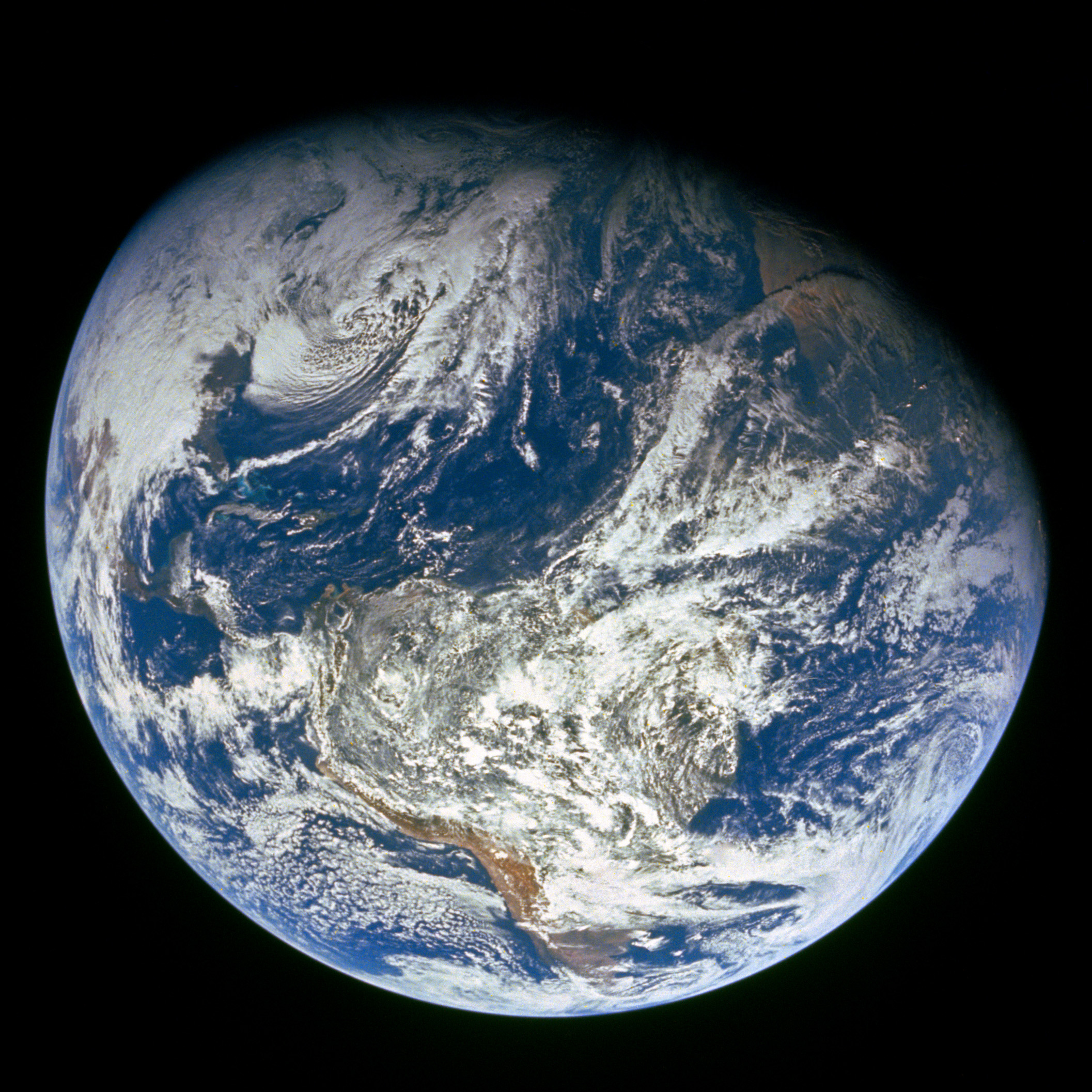 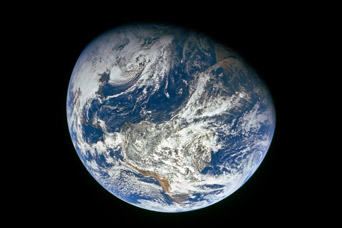 This stunning photo came back to Earth with the Apollo 8 astronauts in late December 1968.

Astronaut photograph AS08-16-2593 was acquired on December 22, 1968, by the Apollo 8 crew with a 77 mm camera. It was provided by the Image Science & Analysis Laboratory, Johnson Space Center. Additional images taken by astronauts and cosmonauts can be viewed at the NASA/JSC Gateway to Astronaut Photography of Earth. Caption by Holli Riebeek.