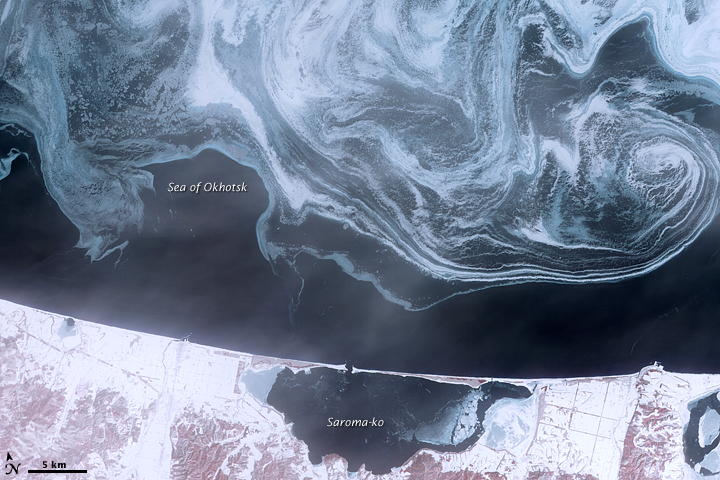 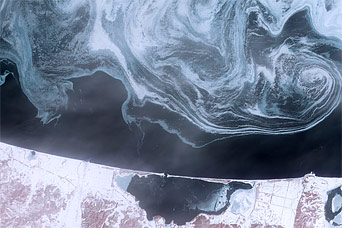 Sea ice formed delicate swirls of blue and white in the Sea of Okhotsk in February 2009.