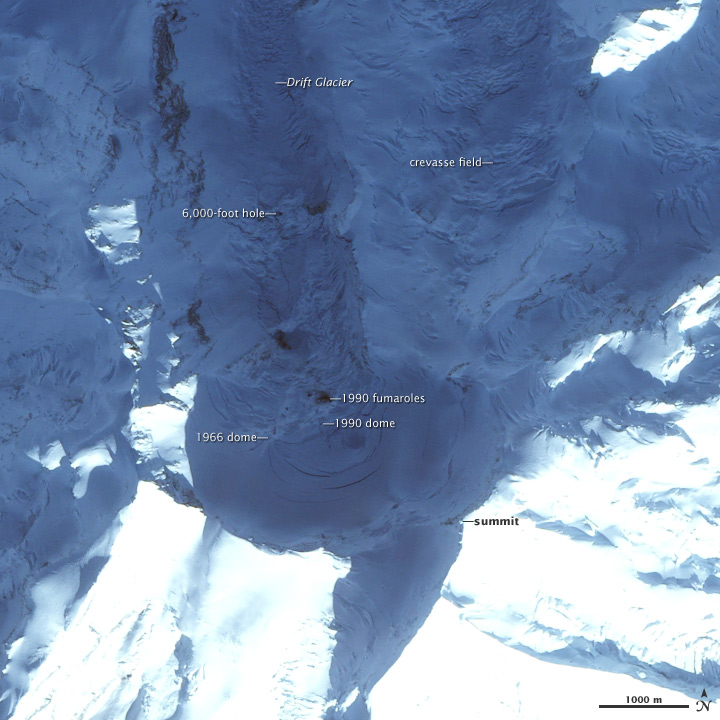 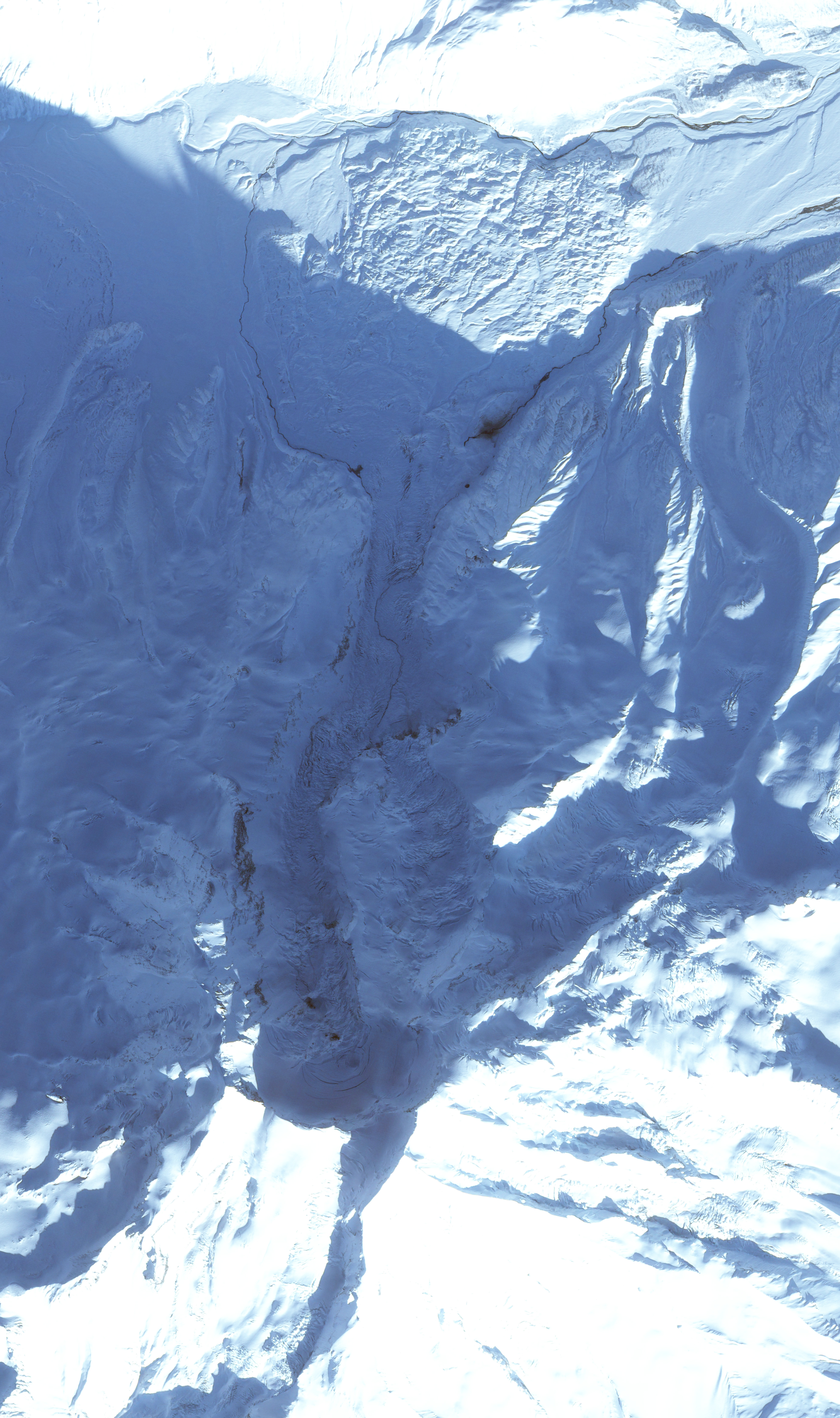 This satellite image shows volcanic features on the summit of Redoubt Volcano, Alaska. Scientists believe an eruption at the volcano is likely in the coming weeks and months.