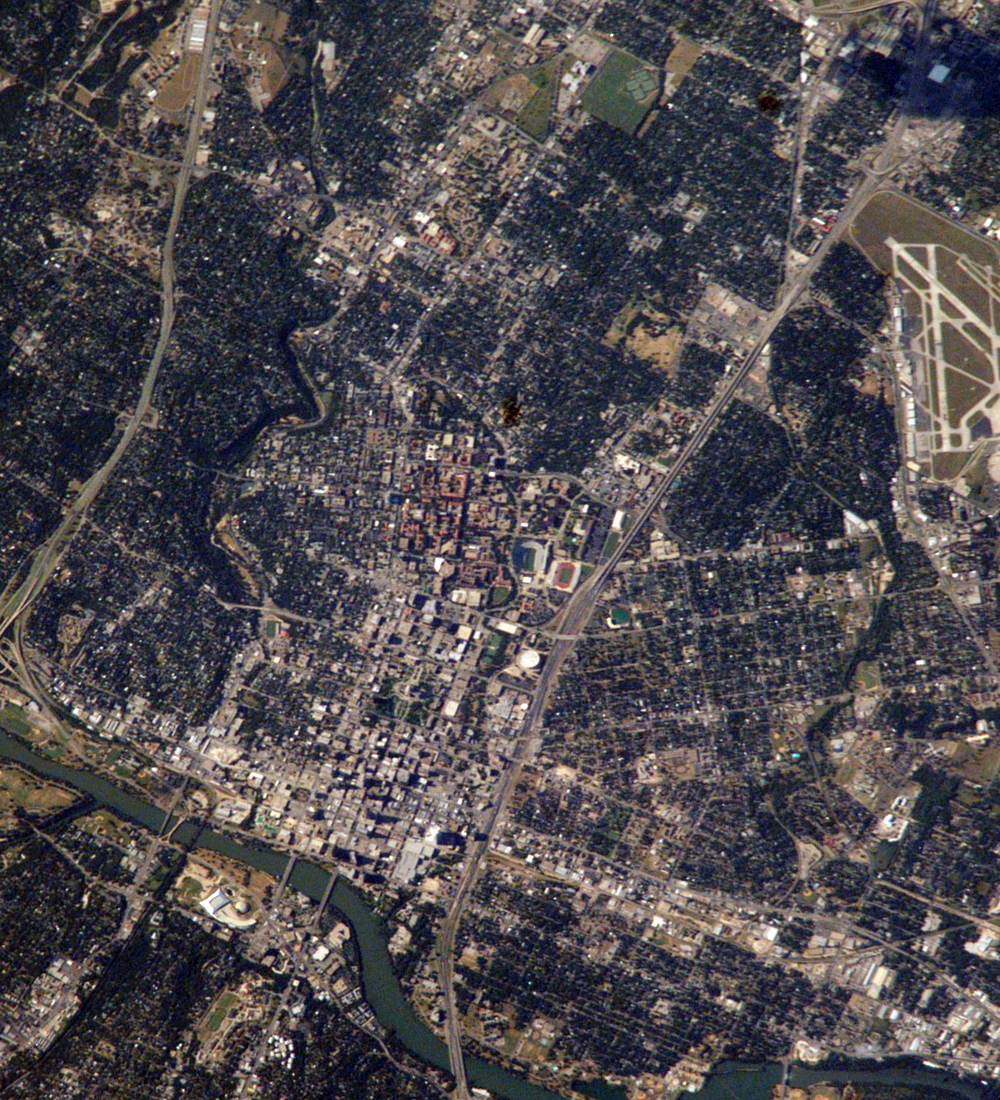 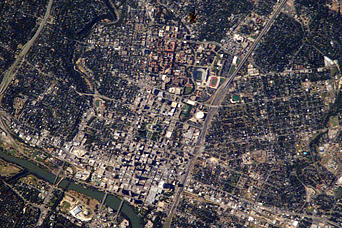 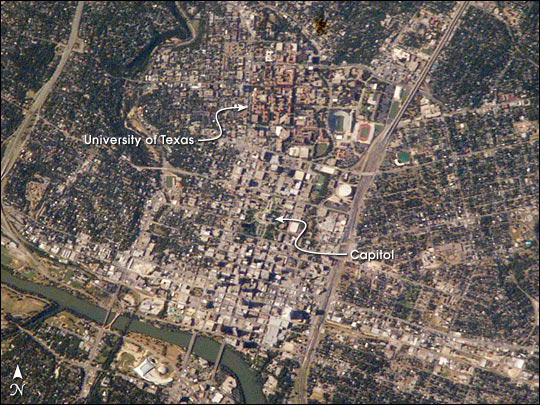 It was Texas hot when this view of the capital city of Austin was taken in late July by astronaut Ed Lu. Adding to the rising temperatures were heated debates in the Texas Capitol Building, where a special session had convened. Eleven senate Democrats thwarted a redistricting vote by disappearing from the state. Were Lu, and his Expedition 7 partner Yuri Malenchenko looking for the missing Democrats? We’ll never know. Astronauts have always enjoyed observing cities around the world. These images of Austin provide a 2003 baseline for monitoring its regional development and growth.

Astronaut photograph ISS007-E-11256 was taken July 29, 2003 with a Kodak DCS760 digital camera equipped with an 800mm lens and provided by Cynthia A. Evans (Lockheed Martin / Earth Observations Laboratory, Johnson Space Center). The International Space Station Program supports the laboratory to help astronauts take pictures of Earth that will be of the greatest value to scientists and the public, and to make those images freely available on the Internet. Additional images taken by astronauts and cosmonauts can be viewed at the NASA/JSC Gateway to Astronaut Photography of Earth.