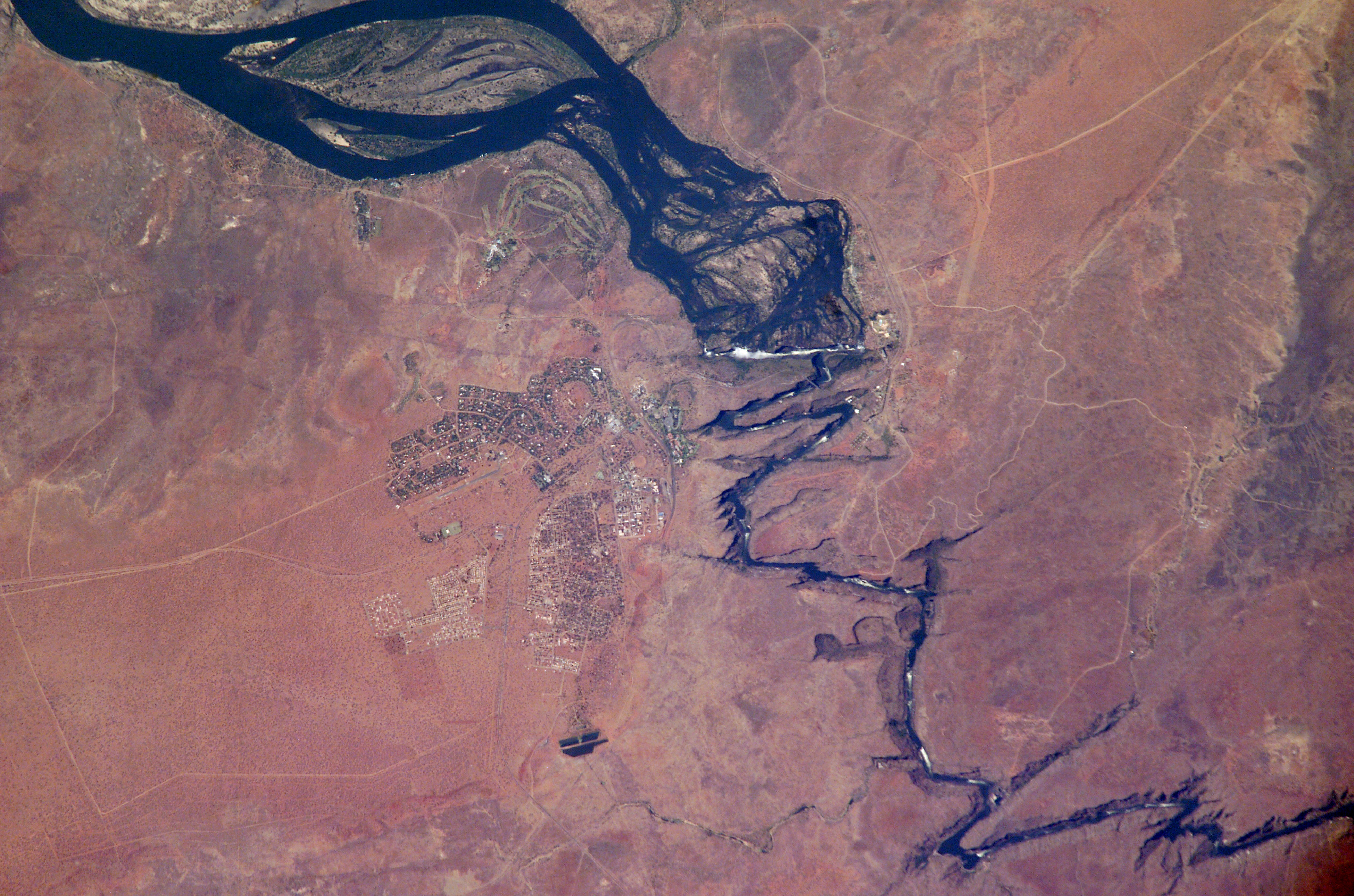 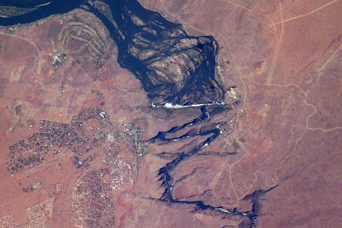 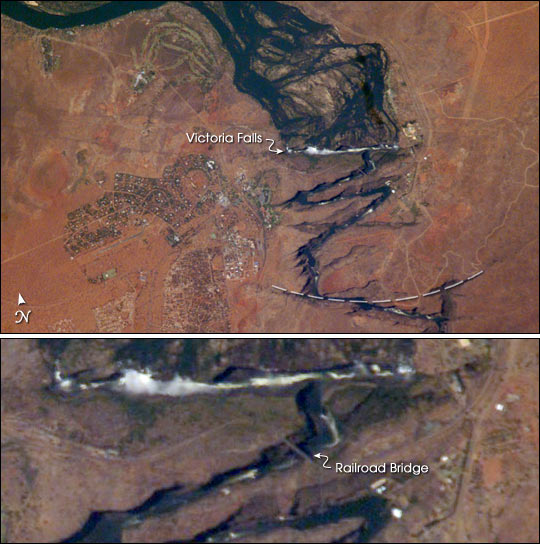 Victoria Falls, on the Zambezi River, is one of the most famous tourist sites in subsaharan Africa. Details of the Falls are visible in this image taken with the 800 mm lens by Astronaut Edward Lu from the Space Station on September 4, 2003. The positions of the falls are controlled by linear fault lines in the underlying basalt rocks. The falls have moved upstream (bottom to top) by intense river erosion, elongating the zig-zag gorge in the process. Prior positions of the strongly linear falls can be detected. The earliest on this cropped view may have been the longest (dashed line). The zig-zags represent subsequent positions, all with the characteristic water-worn lip on the upstream side. The falls will continue to erode northward.

Astronaut photograph ISS007-E-14361 was taken September 4, 2003 with a Kodak DCS760 digital camera equipped with an 800mm lens and provided by M. Justin Wilkinson (Lockheed Martin / Earth Observations Laboratory, Johnson Space Center). The International Space Station Program supports the laboratory to help astronauts take pictures of Earth that will be of the greatest value to scientists and the public, and to make those images freely available on the Internet. Additional images taken by astronauts and cosmonauts can be viewed at the NASA/JSC Gateway to Astronaut Photography of Earth.