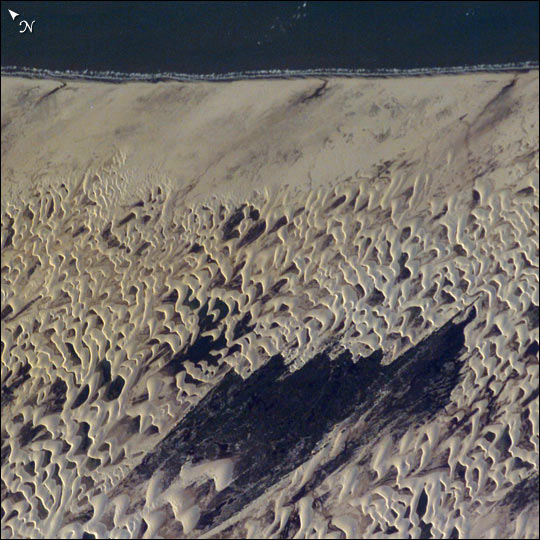 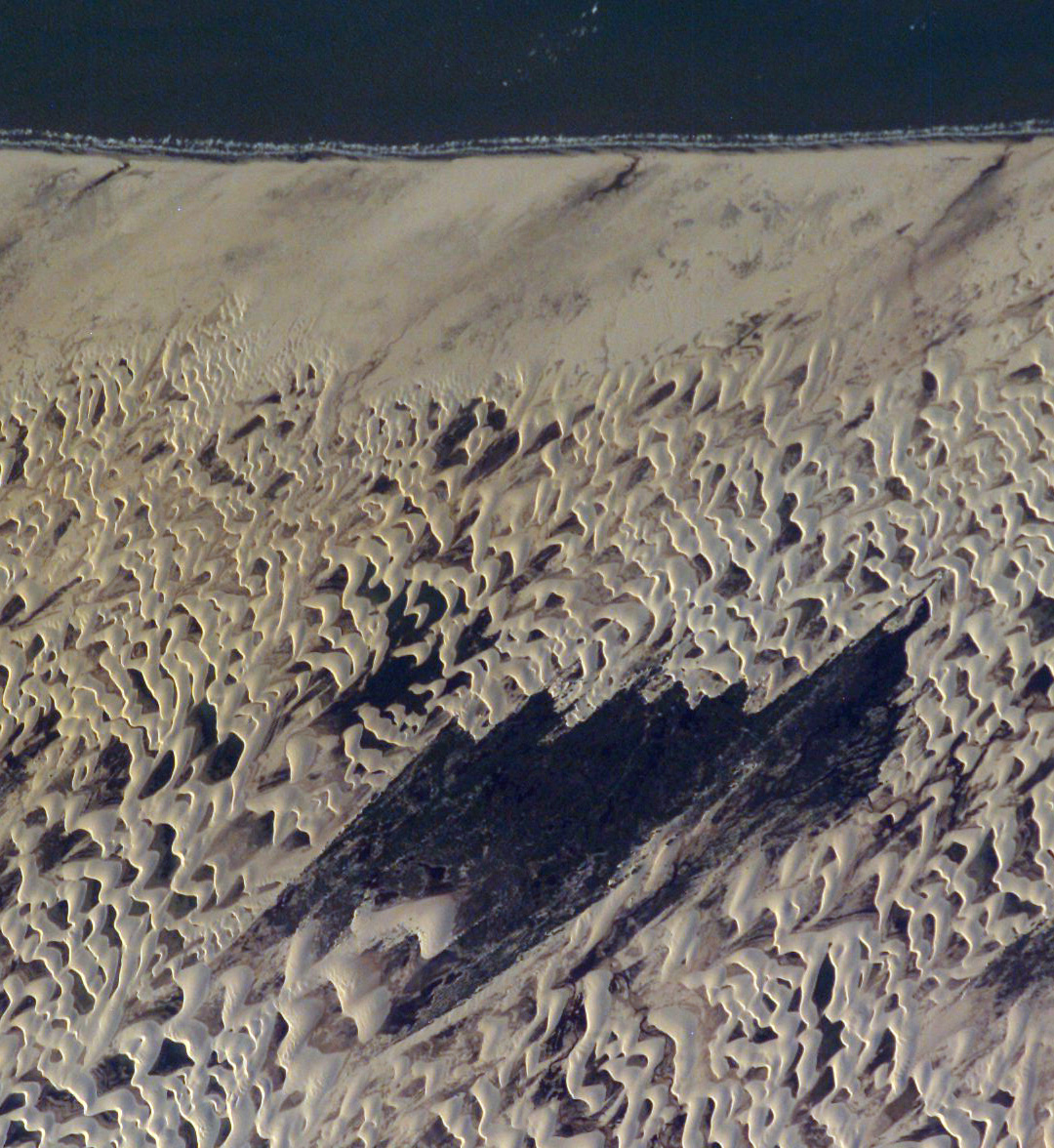 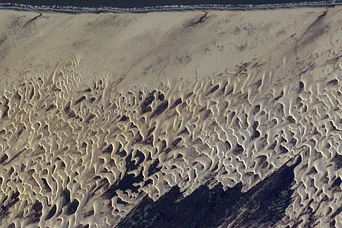 The area shown here (10 kilometers across) is a small part of the dune field which is now protected as the Len&cceldeóis Maranhenses National Park, on Brazil’s north coast, about 700 kilometers east of the Amazon River mouth. Persistent winds blow off the equatorial Atlantic Ocean onto Brazil from the east, driving white sand inland from the 100 kilometer stretch of coast (upper margin of the image), to form a large field of dunes. The strongly regular pattern of these dunes is a common characteristic of dune fields. The basic shape of each sand mass, repeated throughout the view, is a crescent-shaped dune. In an area with a rich supply of sand such as coastal Brazil, individual crescents coalesce to form entire chains many miles long. The wind strength and supply of sand are sufficient to keep the dunes active, and thus free of vegetation, despite 1500 mm (60 inches) of rainfall annually. The dark areas between the white dunes are fresh water ponds that draw fisherman to this newly established park.

Astronaut photograph ISS007-E-15177 was taken from the International Space Station on September 21, 2003 with a Kodak DCS760 digital camera equipped with an 400mm lens. Interpretation is provided by M. Justin Wilkinson (Lockheed Martin / Earth Observations Laboratory, Johnson Space Center). The International Space Station Program supports the laboratory to help astronauts take pictures of Earth that will be of the greatest value to scientists and the public, and to make those images freely available on the Internet. Additional images taken by astronauts and cosmonauts can be viewed at the NASA/JSC Gateway to Astronaut Photography of Earth.