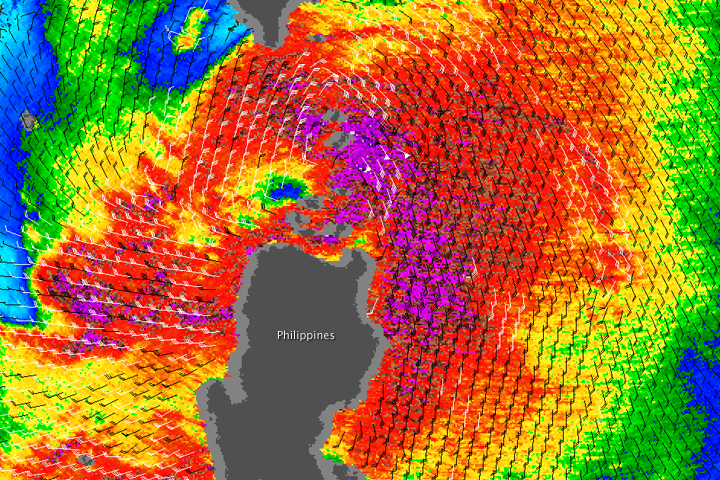 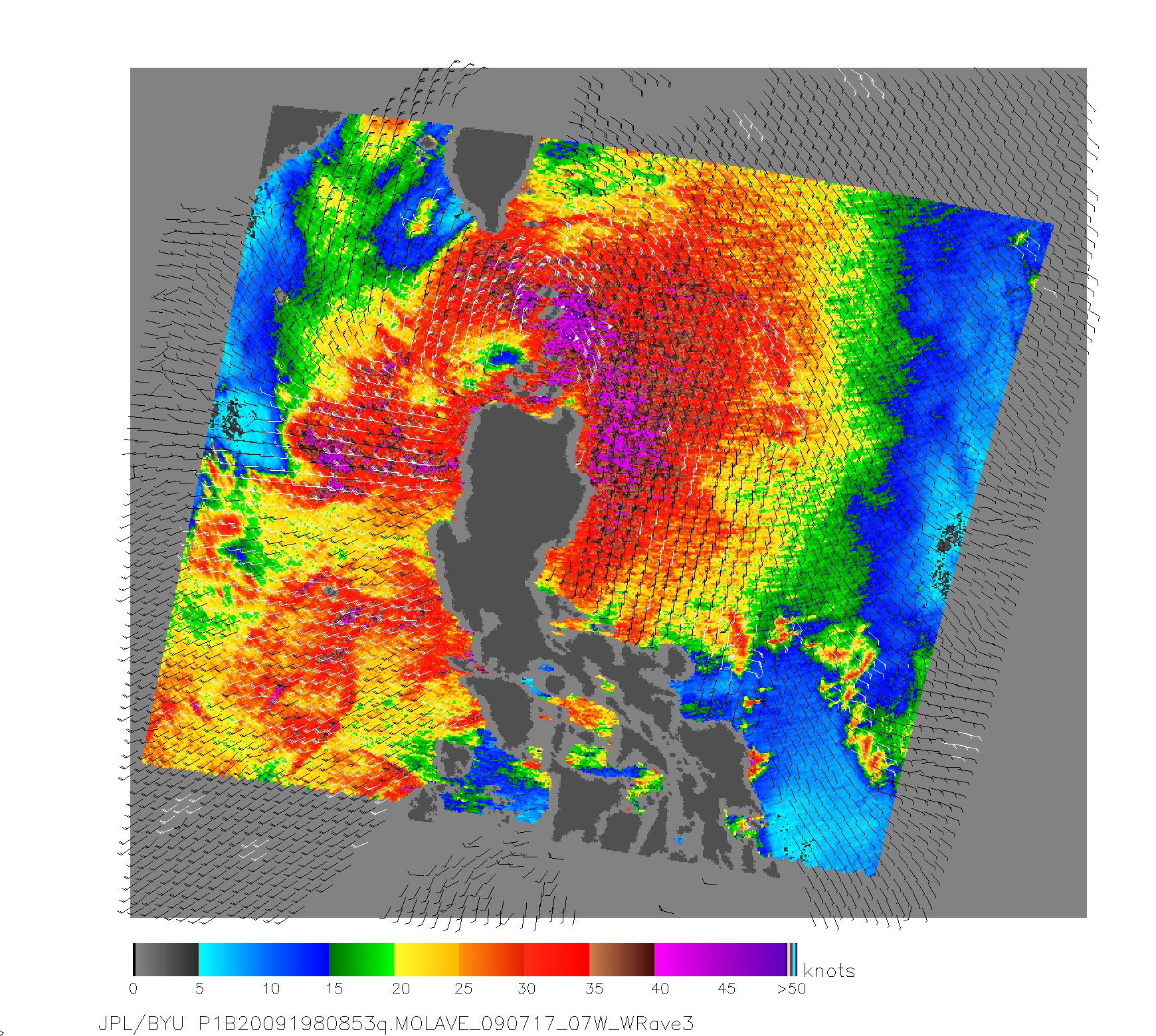 Strong winds surround a calm center in this image of Tropical Storm Molave over the Philippines on July 17, 2009.