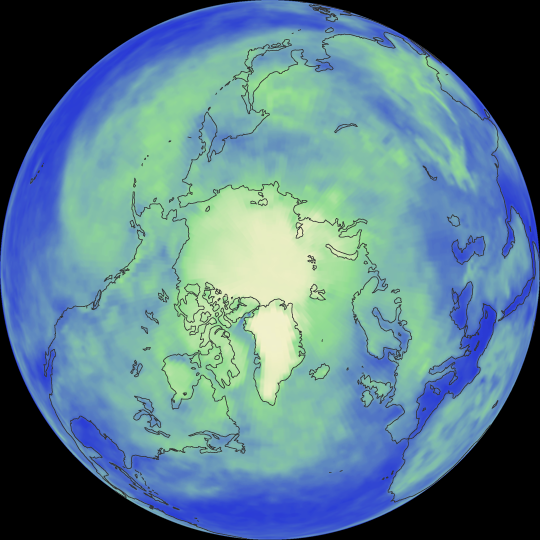 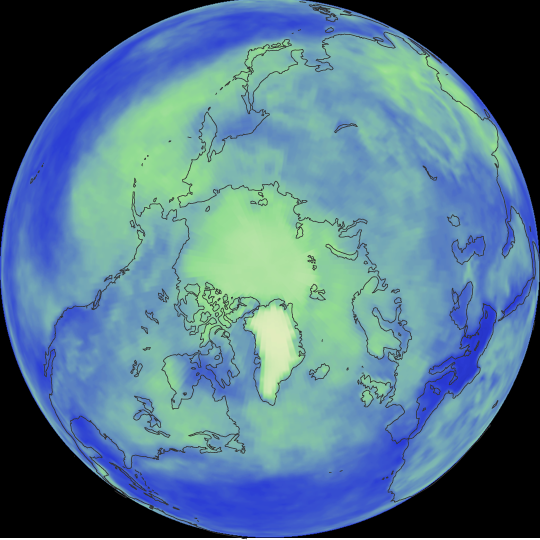 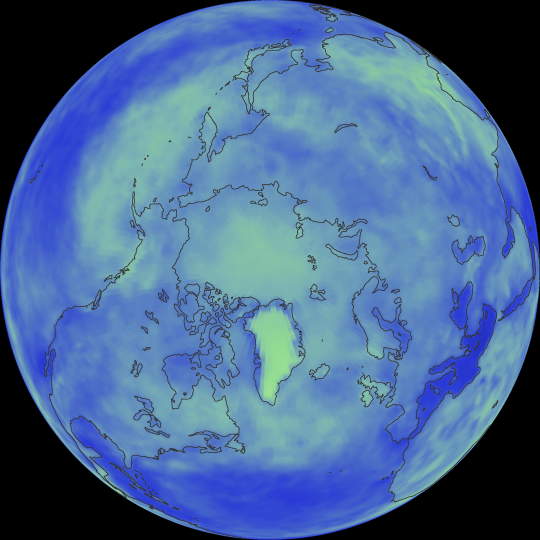 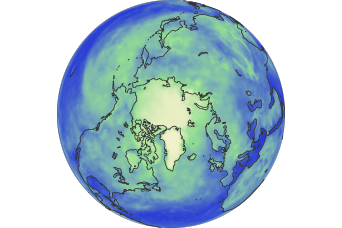 This series of globes from June–August 2009 shows how sea ice, snow, and ice sheets in the Northern Hemisphere reflect large amounts of incoming sunlight and help keep the Arctic cool in the summer.