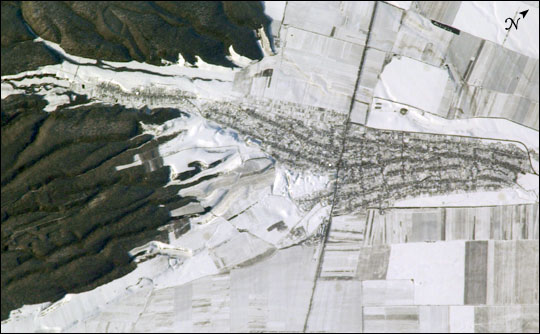 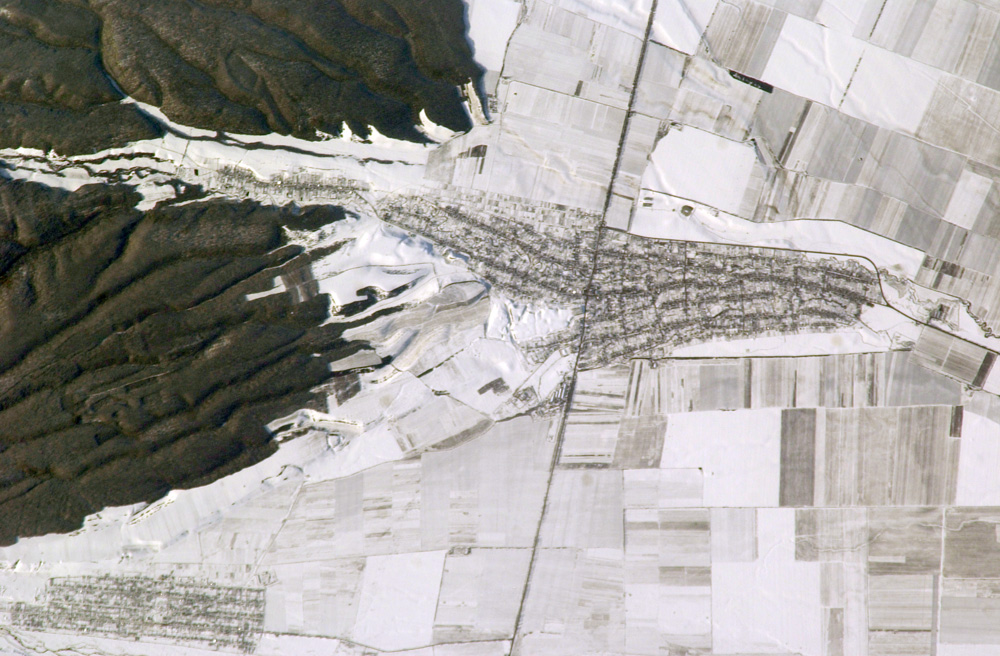 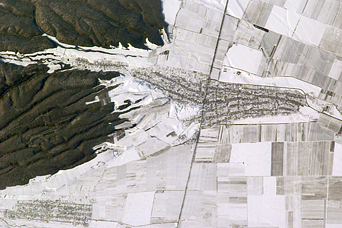 The striking land use pattern, seen through a high magnification lens and highlighted by winter snow and low Sun angles, produces a unique view of the village of Argudan near the north slopes of the Greater Caucasus Mountains. The image was taken with a handheld camera from the International Space Station in the early afternoon of December 20, 2003. This rural, agricultural community sits astride the main highway about 15 kilometers east-southeast of the city of Nalchik. Shadows from a line of trees planted as a windbreak near the highway give the road a ragged appearance. A small stream flowing northeastward exits heavily forested foothills through the village and fields of intensely cultivated croplands on the plains. Snow falls through the vegetation, making the woodlands appear extremely dark compared to the snow-covered fields. Astronauts also photographed nearby Nalchik, a tourist resort and industrial center. It is the major city of the Kabardino-Balkar Republic (population around 750,000), one of five small republics on the north slopes of the Caucasus Mountains, 200 kilometers west of Chechnya.

Astronaut photograph ISS008-E-9603 was taken December 20, 2003, using a Nikon digital camera and an 800-mm lens, and was provided by the Earth Sciences and Image Analysis Laboratory, Johnson Space Center. The International Space Station Program supports the laboratory to help astronauts take pictures of Earth that will be of the greatest value to scientists and the public, and to make those images freely available on the Internet. Additional images taken by astronauts and cosmonauts can be viewed at the NASA/JSC Gateway to Astronaut Photography of Earth.