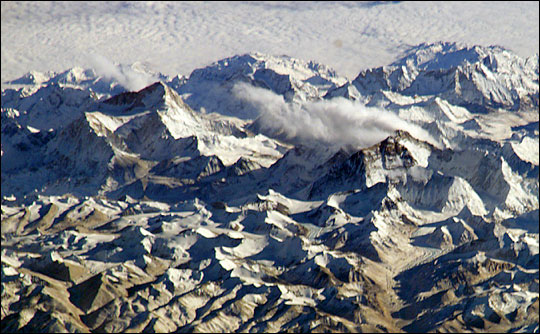 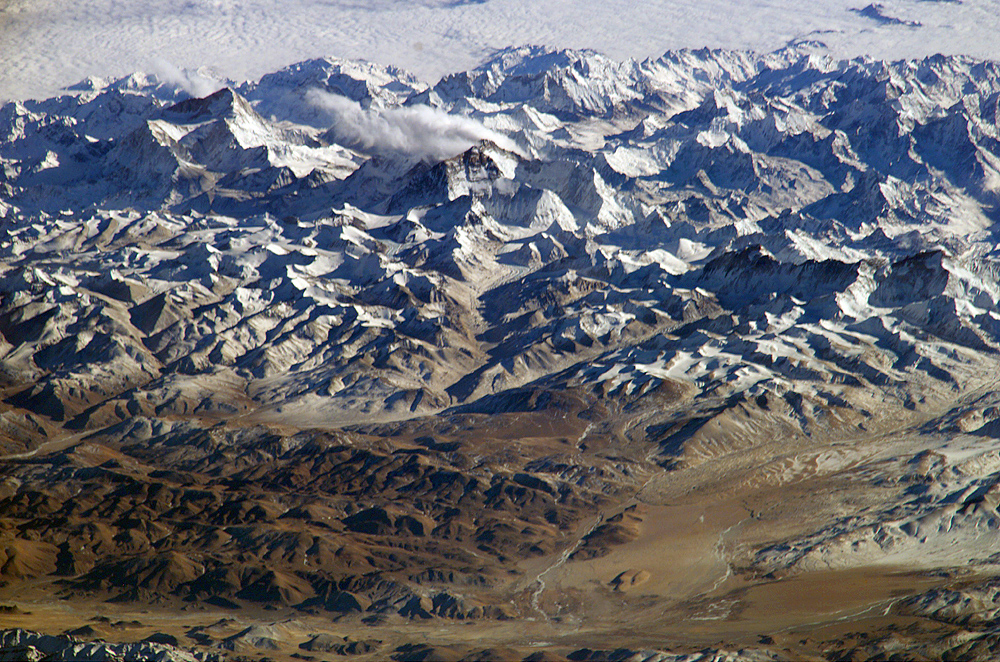 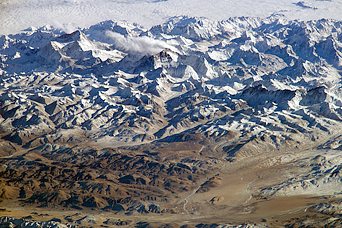 On Top of the World: Everest and Makalu

Astronauts on board the International Space Station (ISS) have a unique view of the world because of their position in a low orbit (200 nautical miles, 360 kilometers) relative to satellites and their ability to look at any angle out the windows of the spacecraft. ISS crewmembers recently took advantage of their vantage point to photograph a series of oblique views of the Himalayas looking south from over the Tibetan Plateau. At first glance, one might think that the image looks like a picture taken from an airplane, until you remember that the summits of Makalu (left, 8,462 meters, or 27,765 feet) and Everest (right, 8,850 meters, or 29,035 feet) are at the heights typically flown by commercial aircraft. The full mosaic covers over 130 kilometers (80 miles) of the Himalayan front, and could never be seen this way from an airplane.

This image originally appeared in the NASA Earth Observatory story On Top of the World: Everest and Makalu.

Astronaut photograph ISS008-E-13304 was taken from the International Space Station using a Kodak DCS760 digital camera and a 800-mm lens on January 28, 2004. Image provided by the Earth Observations Laboratory, Johnson Space Center. The International Space Station Program supports the laboratory to help astronauts take pictures of Earth that will be of the greatest value to scientists and the public, and to make those images freely available on the Internet. Additional images taken by astronauts and cosmonauts can be viewed at the NASA/JSC Gateway to Astronaut Photography of Earth.