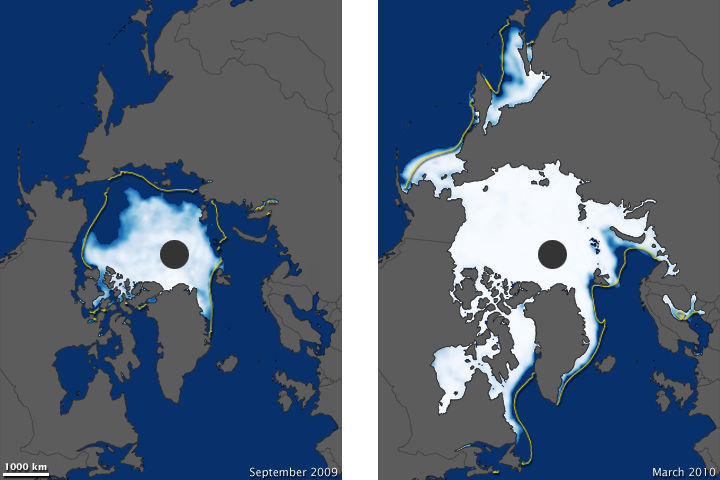 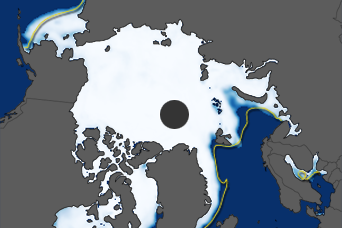 These images show Arctic sea ice extent for the September 2009 summer minimum and the March 2010 winter maximum. Ice extents were greater than they had been in many recent years, but were still below the long-term average.