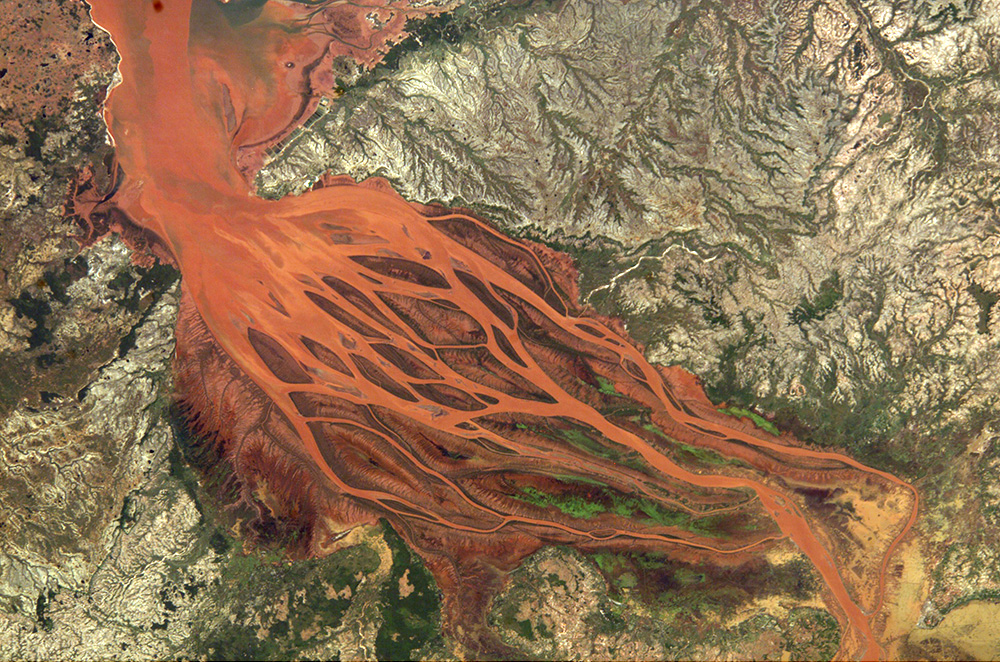 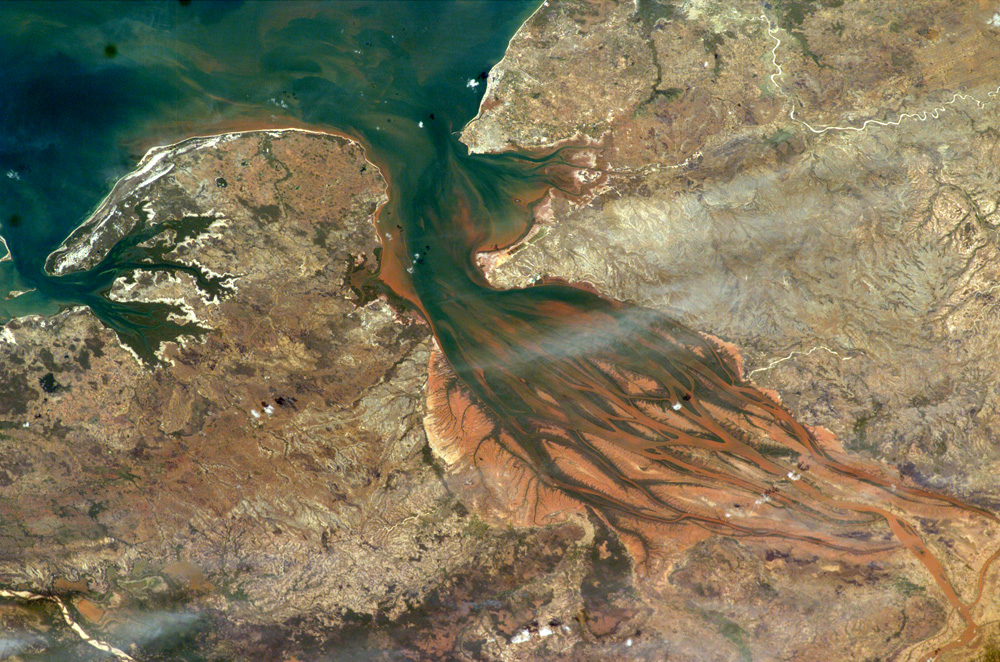 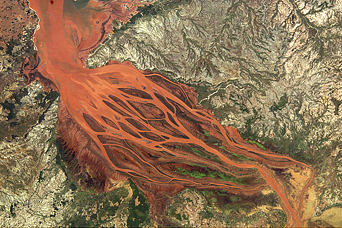 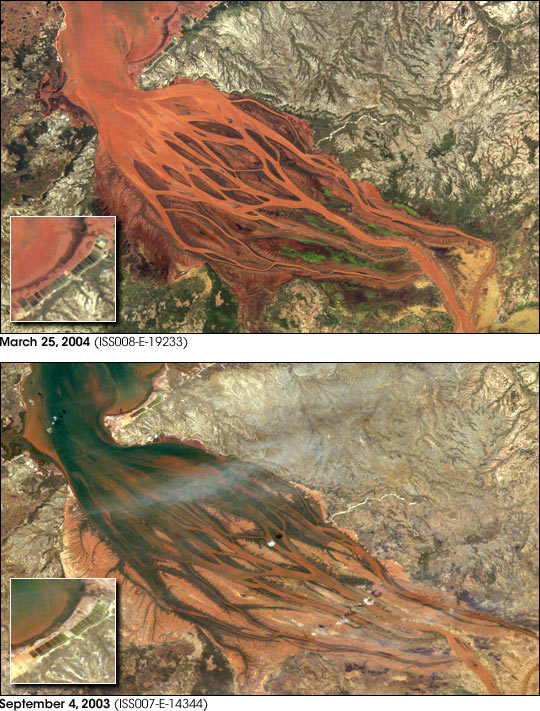 The Betsiboka Estuary on the northwest coast of Madagascar is the mouth of Madagascar’s largest river and one of the world’s fast-changing coastlines. Nearly a century of extensive logging of Madagascar’s rainforests and coastal mangroves has resulted in nearly complete clearing of the land and fantastic rates of erosion. After every heavy rain, the bright red soils are washed from the hillsides into the streams and rivers to the coast. Astronauts describe their view of Madagascar as “bleeding into the ocean.” One impact of the extensive 20th century erosion is the filling and clogging of coastal waterways with sediment—a process that is well illustrated in the Betsiboka estuary. In fact, ocean-going ships were once able to travel up the Betsiboka estuary, but must now berth at the coast.

Astronaut photograph ISS008-E-19233 was taken March 25, 2004, with a Kodak DCS760 digital camera equipped with an 195-mm lens. The bottom image, ISS007-E-14344 was taken with the same camera and a 180-mm lens on September 4, 2003. All images are provided by the Earth Observations Laboratory, Johnson Space Center. The International Space Station Program supports the laboratory to help astronauts take pictures of Earth that will be of the greatest value to scientists and the public, and to make those images freely available on the Internet. Additional images taken by astronauts and cosmonauts can be viewed at the NASA/JSC Gateway to Astronaut Photography of Earth.