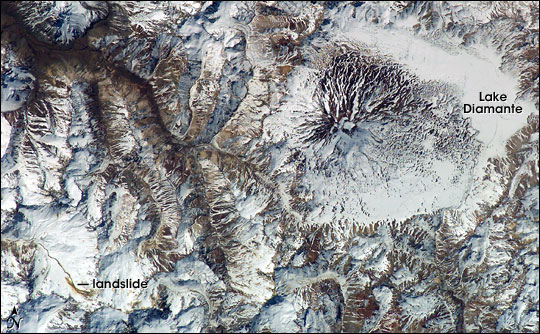 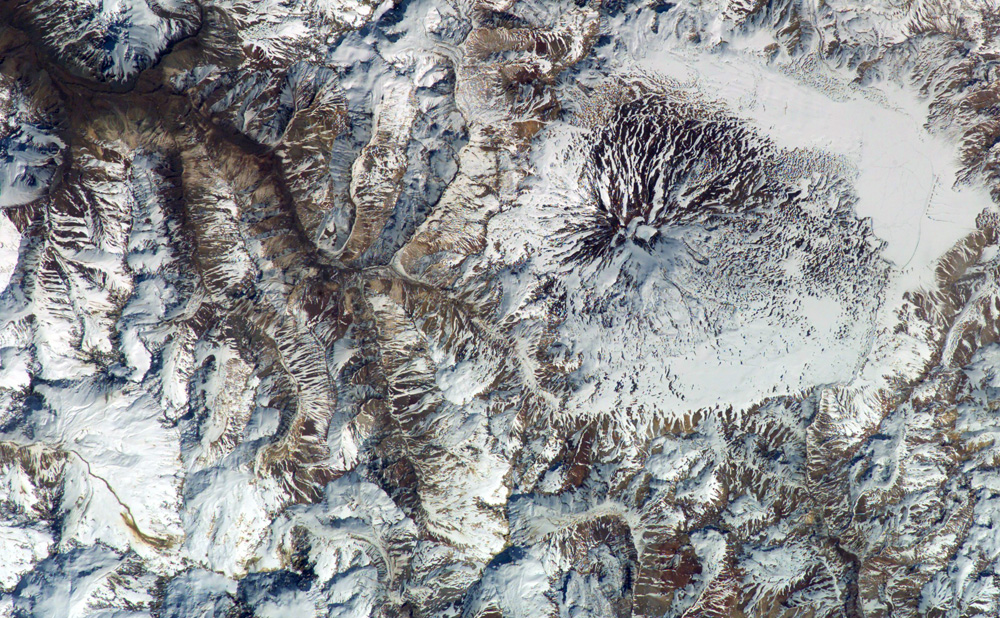 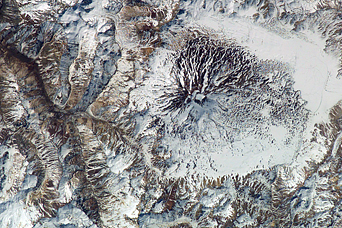 The high peaks of the Andes form the backbone of South America and the political border between Chile and Argentina. Formed from the subduction of the Nazca Plate under the South American Plate, the south-central Andes also includes several major volcanoes. One of the most active border volcanoes is Volcan Maipo, located just southeast of Santiago, Chile. This image from the International Space Station shows the volcano near the southern hemisphere spring equinox. The lake, just east of Maipo’s peak, is still ice-covered. However, the increasing temperatures of spring are suggested by a muddy-looking streak near the lower left corner. The streak appears to be a landslide or avalanche that flowed westward down a rugged slope, possibly triggered by instability in the snowpack due to snow melt.

Astronaut photograph ISS009-E-22625 was acquired September 14, 2004 with a Kodak 760C digital camera with a 180 mm lens, and is provided by the ISS Crew Earth Observations experiment and the Image Science & Analysis Group, Johnson Space Center. The International Space Station Program supports the laboratory to help astronauts take pictures of Earth that will be of the greatest value to scientists and the public, and to make those images freely available on the Internet. Additional images taken by astronauts and cosmonauts can be viewed at the NASA/JSC Gateway to Astronaut Photography of Earth.