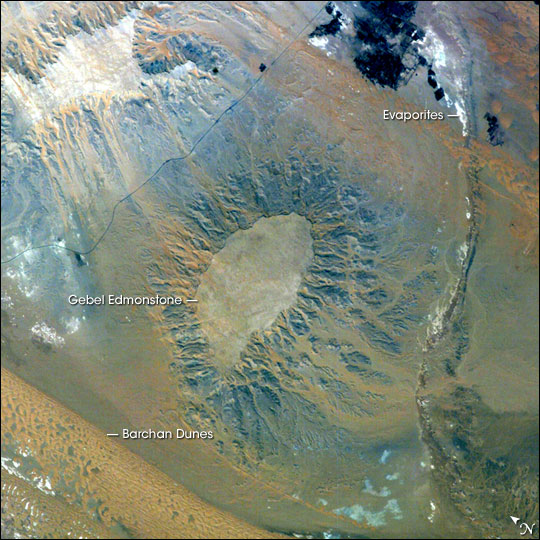 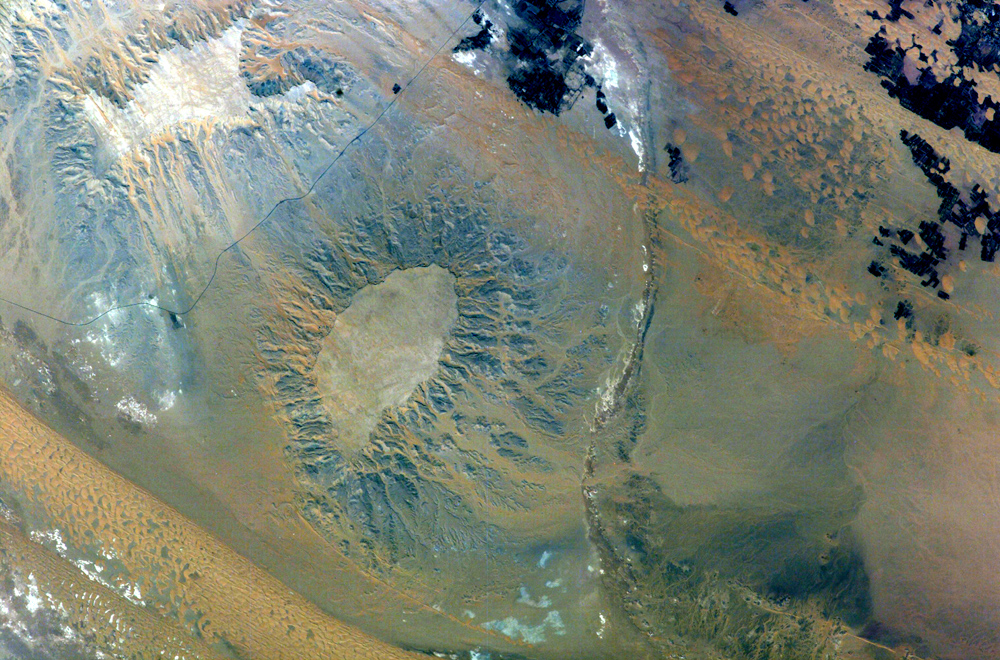 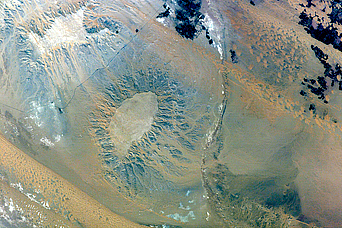 Gebel (or Mount) Edmonstone is a flat-topped mesa located near the Dahkla Oasis south of Cairo, Egypt. The Oasis is a historically important meeting place of several trade routes connecting different regions of Egypt and Sudan. Gebel Edmonstone is a remnant of an eroding scarp that extends for over 200 kilometers (125 miles) east-southeast to west-northwest (visible in the upper left corner of the image). The flat caprock of both the scarp and Mount Edmonstone is chalky limestone underlain by fossil-bearing shale and fine-grained sedimentary rocks.

Astronaut photograph ISS009-E-12441 was acquired June 18, 2004 with a Kodak 760C digital camera with a 400 mm lens and is provided by the ISS Crew Earth Observations experiment and the Image Science & Analysis Group, Johnson Space Center. The International Space Station Program supports the laboratory to help astronauts take pictures of Earth that will be of the greatest value to scientists and the public, and to make those images freely available on the Internet. Additional images taken by astronauts and cosmonauts can be viewed at the NASA/JSC Gateway to Astronaut Photography of Earth.