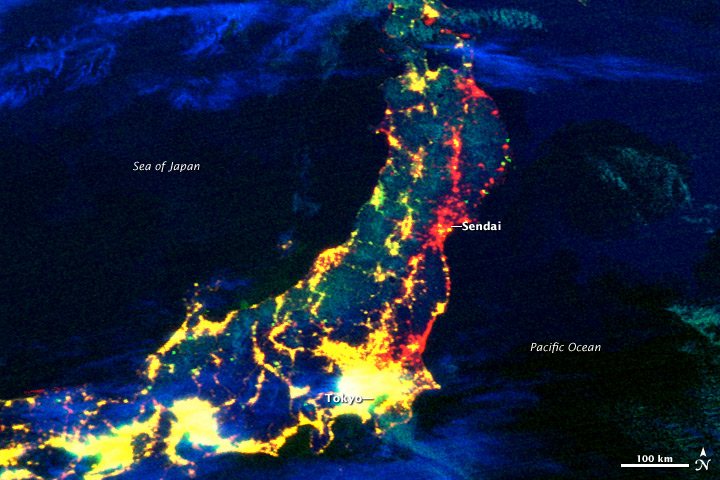 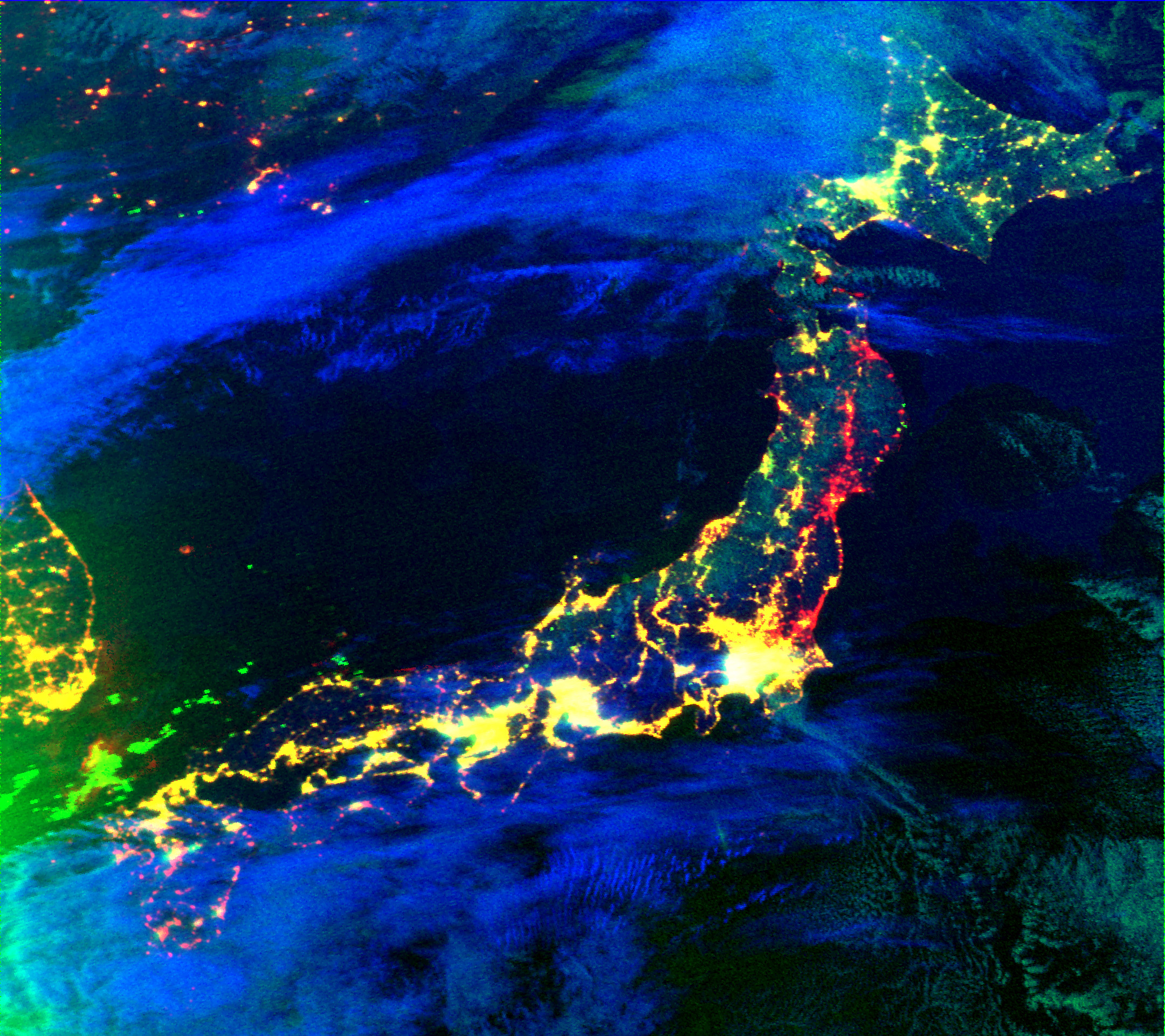 This color-coded composite image shows lights working or not after the earthquake and tsunami in Japan. The image compares observations from March 12, 2011, to data collected in 2010.