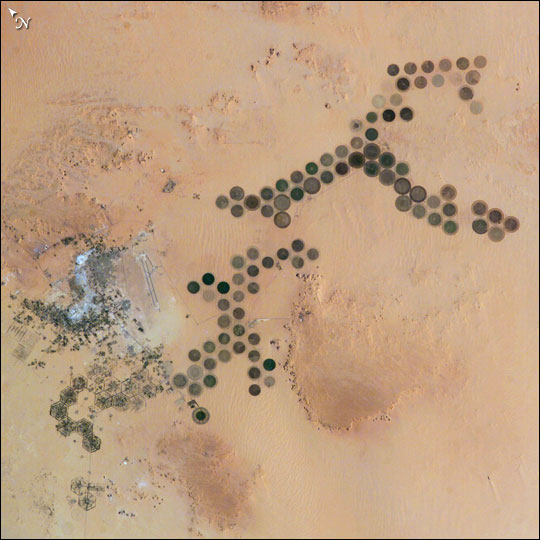 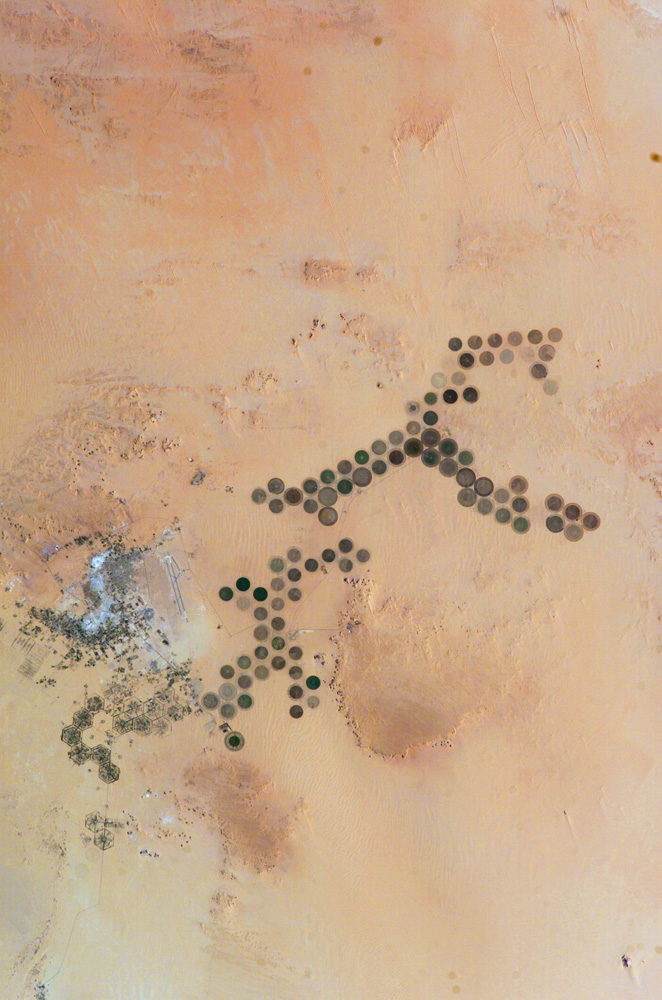 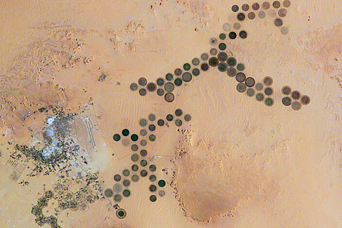 Green circles in the desert frequently indicate tracts of agriculture supported by center-pivot irrigation. The Al Khufrah Oasis in southeastern Libya (near the Egyptian border) is one of Libya’s largest agricultural projects, and is an easy-to-recognize landmark for orbiting astronauts aboard the International Space Station. Because only about 2 percent of Libya’s land receives enough rainfall to be cultivated, this project uses fossil water from a large underground aquifer. The Libyan government also has a plan called the Great Man Made River to pump and transport these groundwater reserves to the coast to support Libya’s growing population and industrial development.

Astronaut photograph ISS010-E-5266 was acquired October 28, 2004 with a Kodak 760C digital camera with a 180 mm lens, and is provided by the ISS Crew Earth Observations experiment and the Image Science & Analysis Group, Johnson Space Center. The International Space Station Program supports the laboratory to help astronauts take pictures of Earth that will be of the greatest value to scientists and the public, and to make those images freely available on the Internet. Additional images taken by astronauts and cosmonauts can be viewed at the NASA/JSC Gateway to Astronaut Photography of Earth.