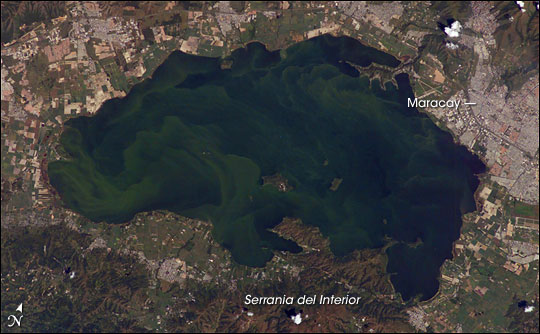 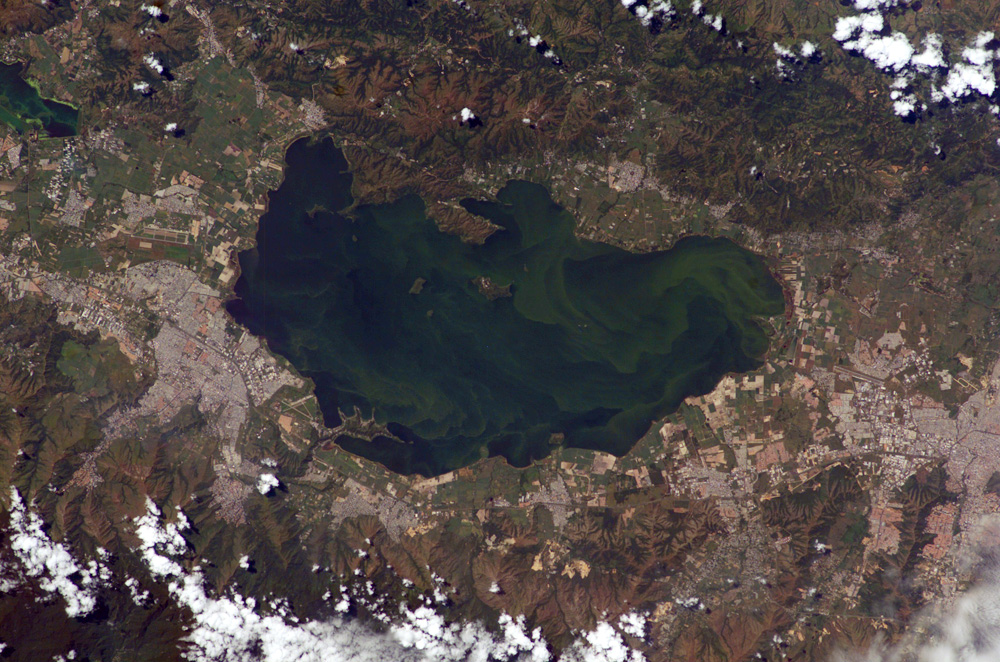 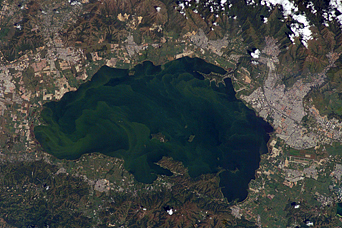 Lago de Valencia (Lake Valencia) is located in north-central Venezuela and is the largest freshwater lake in the country. The lake was formed approximately 2-3 million years ago due to faulting and subsequent damming of the Valencia River. The lake has been completely dry during several discrete periods of its geologic history. Since 1976 Lake Valencia water levels have risen due to diversion of water from neighboring watersheds—it currently acts as a reservoir for the surrounding urban centers (such as Maracay).

Astronaut photograph ISS010-E-5194 was acquired October 27, 2004 with a Kodak K-760C digital camera with a 180 mm lens and is provided by the ISS Crew Earth Observations experiment and the Image Science & Analysis Group, Johnson Space Center. The International Space Station Program supports the laboratory to help astronauts take pictures of Earth that will be of the greatest value to scientists and the public, and to make those images freely available on the Internet. Additional images taken by astronauts and cosmonauts can be viewed at the NASA/JSC Gateway to Astronaut Photography of Earth.