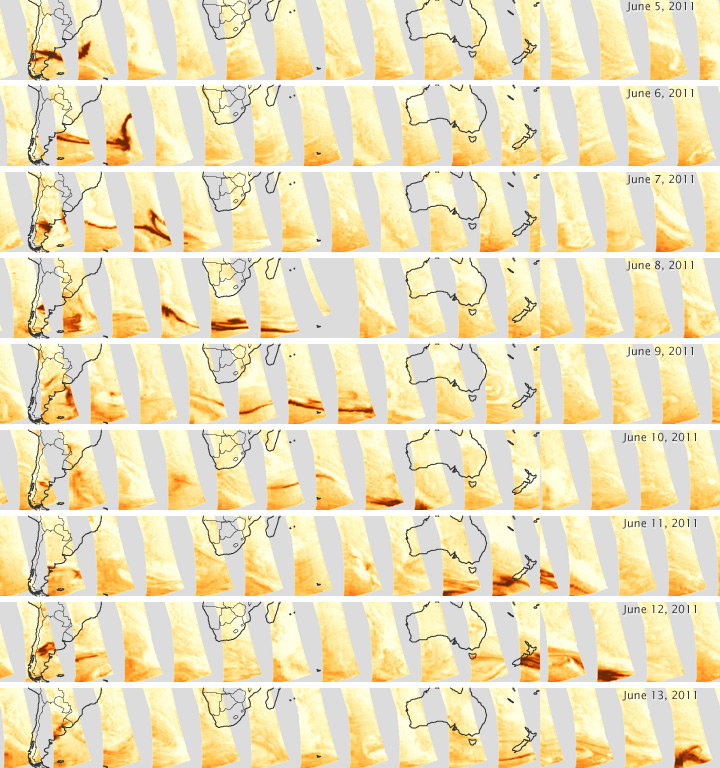 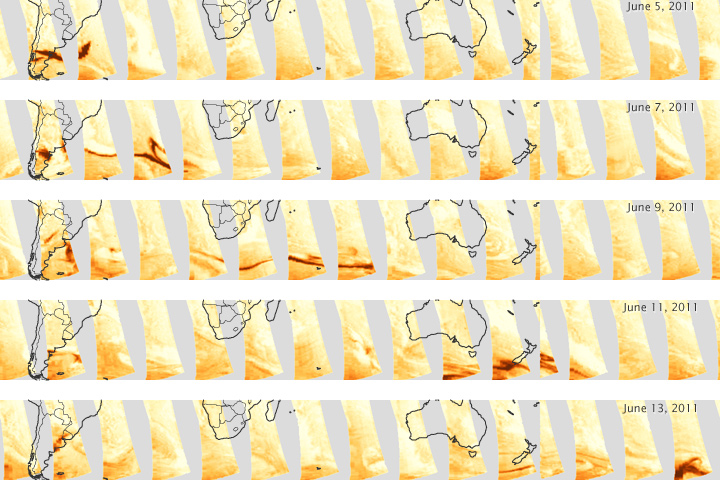 This series of images tracks ash from a Chilean volcano that made a nearly complete circle around the world.