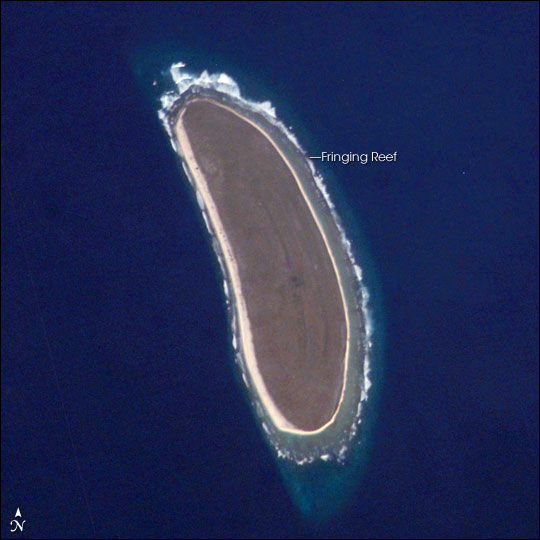 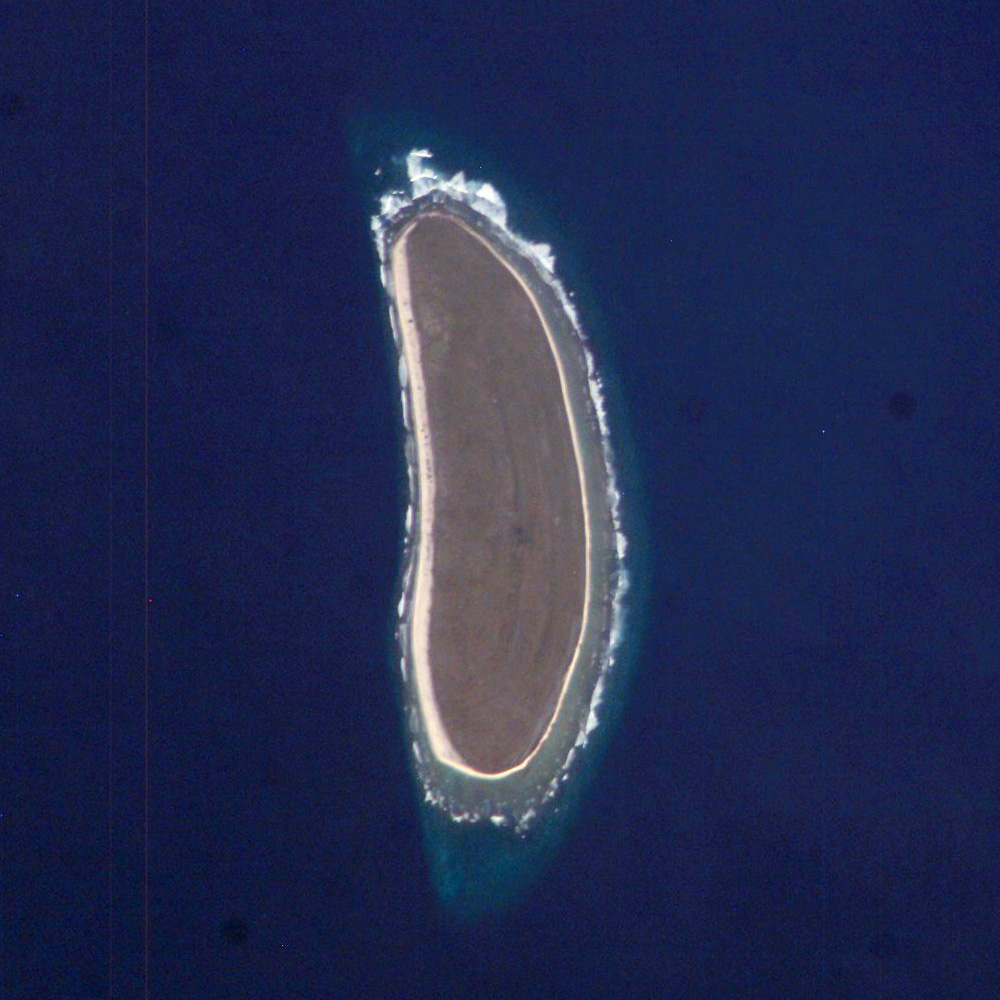 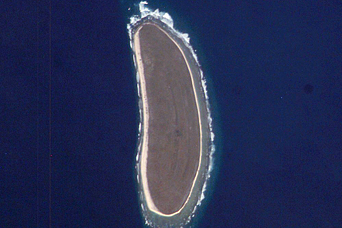 Howland Island is a United States possession located in the north Pacific between Australia and the Hawaiian Islands. Prior to 1890, organic nitrate (guano) was mined from the island by both the United States and the British. This tiny island (1.6 km²) is currently part of the U.S. National Wildlife Refuge system, and provides nesting areas and forage for a variety of birds and marine wildlife. The island is composed of coral fragments and is surrounded by an active fringing reef. White breakers encircling the island indicate the position of the reef. Astronauts aboard the International Space Station photograph numerous reefs around the world as part of a global mapping and monitoring program.

Astronaut photograph ISS010-E-9287 was acquired December 3, 2004, with a Kodak 760C digital camera with an 800-mm lens, and is provided by the ISS Crew Earth Observations experiment and the Image Science & Analysis Group, Johnson Space Center. The International Space Station Program supports the laboratory to help astronauts take pictures of Earth that will be of the greatest value to scientists and the public, and to make those images freely available on the Internet. Additional images taken by astronauts and cosmonauts can be viewed at the NASA/JSC Gateway to Astronaut Photography of Earth.