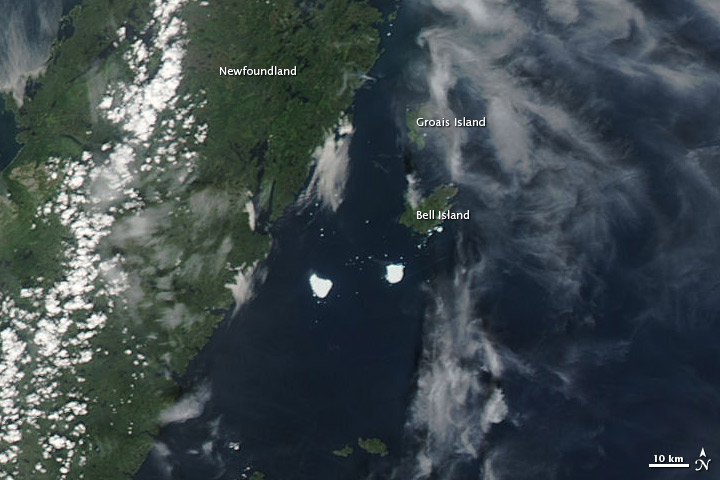 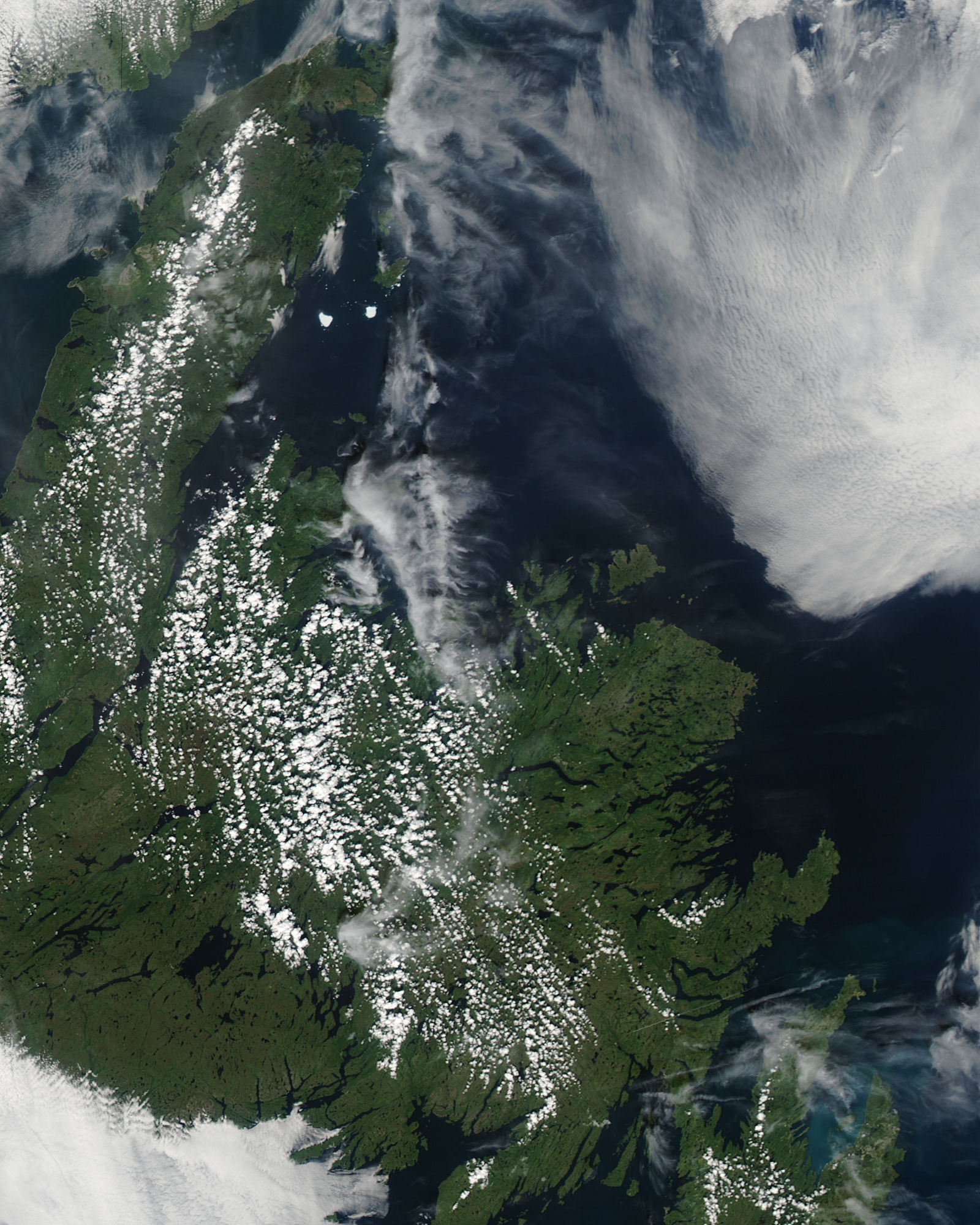 Acquired on the afternoon of August 22, 2011, this natural-color image shows the Petermann Ice Island-A split in two off the Newfoundland coast.