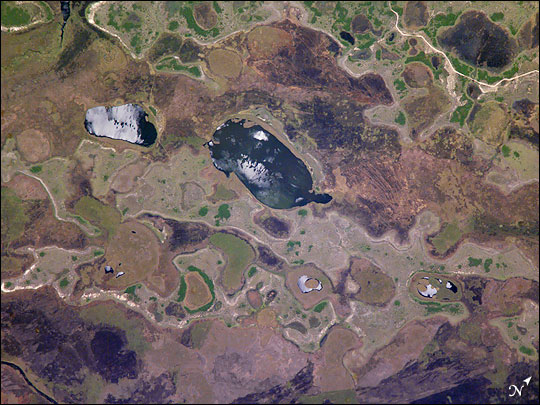 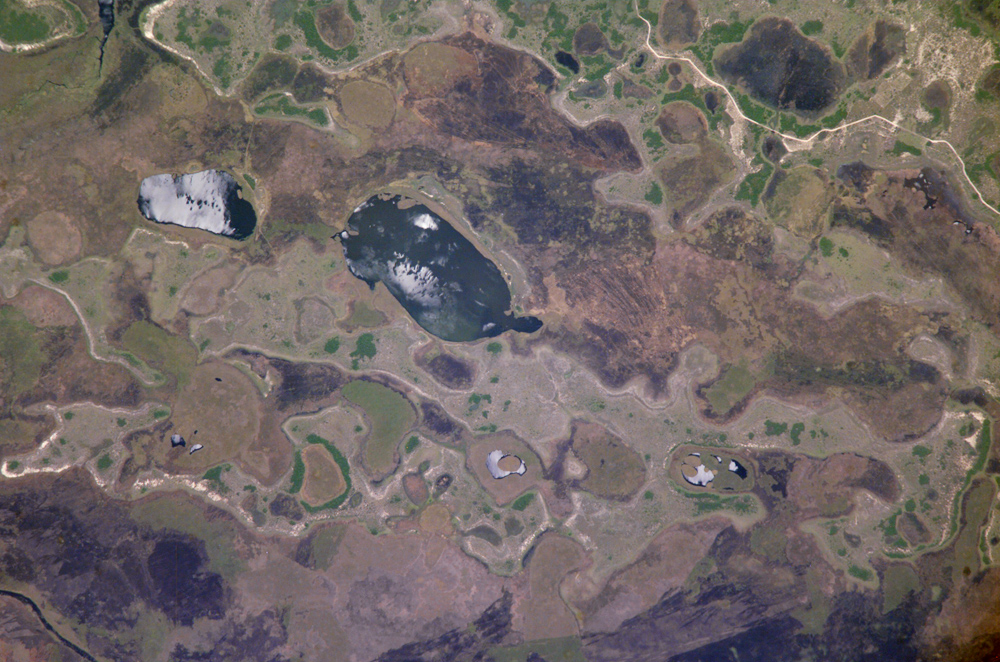 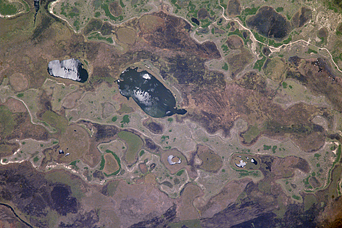 The central lake in this astronaut photograph is one of hundreds in the Iberá swamplands that were formed by South America’s second largest river, the Paraná. Although this great river now lies 120 kilometers to the north of this area today, its channel has swung over a great “inland delta” in the recent geological past.

Astronaut photograph ISS010-E-5072 was acquired October 25, 2004 with a Kodak 760C digital camera with an 800 mm lens, and is provided by the ISS Crew Earth Observations experiment and the Image Science & Analysis Group, Johnson Space Center. The International Space Station Program supports the laboratory to help astronauts take pictures of Earth that will be of the greatest value to scientists and the public, and to make those images freely available on the Internet. Additional images taken by astronauts and cosmonauts can be viewed at the NASA/JSC Gateway to Astronaut Photography of Earth.