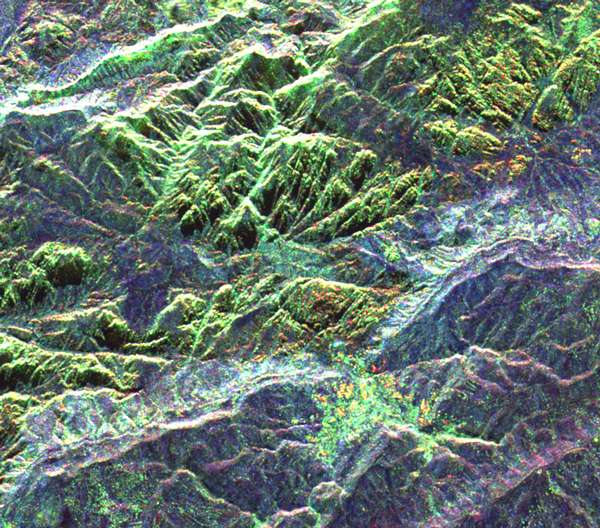 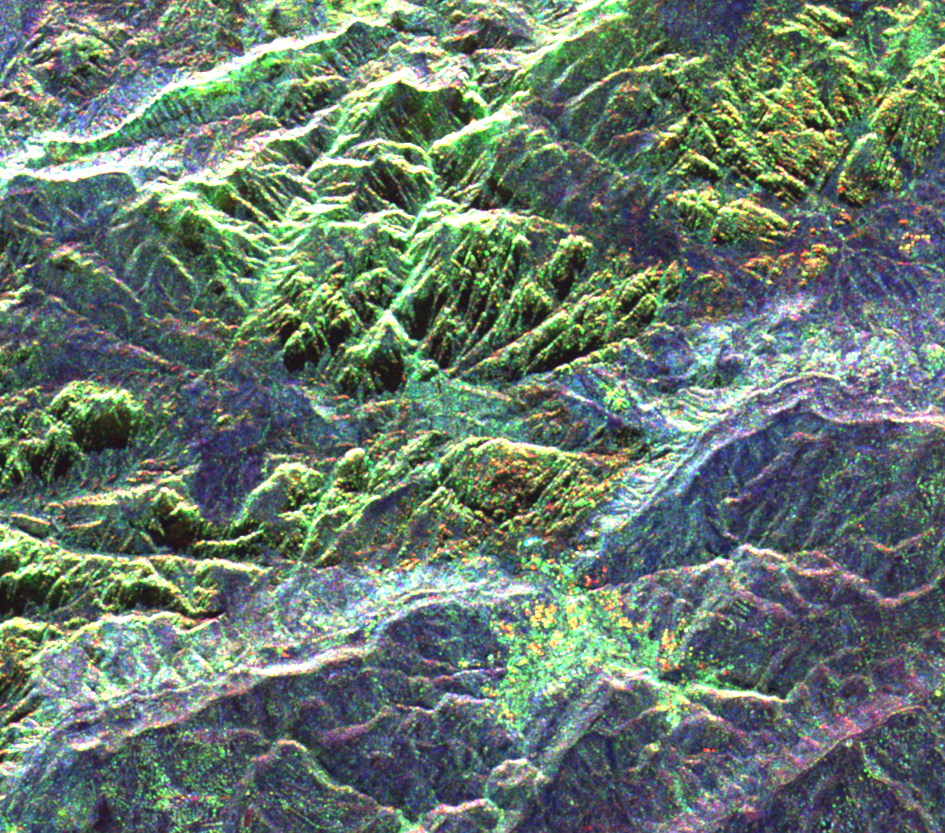 This spaceborne radar image shows archeological sites, the environment that gave rise to them, and modern developments that threaten them in the region around Petra, Jordan, a World Heritage Site. The bright line across the center of the image (running right to left or north to south) is a geological boundary between the limestone highlands (purple area) of Jebal Shara (the biblical Mount Sier) and deeply eroded sandstone steppes (green and orange area). For thousands of years, springs that occur along this boundary have provided water to the occupants of what are now some of the world's most significant archeological sites. The bluish green area above the line, near the center of the image, marks the core area of the ancient caravan trading city of Petra, constructed in the sandstone canyons by the Nabataeans. Near the beginning of the Christian Era, this area controlled the spice and incense trade through the Arabian Peninsula for hundreds of years. The modern town of Wadi Musa is the bright orange and blue area below the bright line. In the past 20 years this town has grown as increased tourism made Petra Jordan's most popular attraction. Hotels, restaurants, houses, and introduced vegetation (shown here in green and yellow) have arrived and threaten archeological sites and resources in this area. This image was acquired by Spaceborne Imaging Radar-C/X-Band Synthetic Aperture Radar (SIR-C/X-SAR) onboard the space shuttle Endeavour on April 9, 1994. The colors are assigned to different radar frequencies and polarizations red is L-band, horizontally transmitted and received (LHH); green is L-band, horizontally transmitted and vertically received (LHV); and blue is C-band HV. SIR-C/X-SAR, a joint mission of the German, Italian and United States space agencies, is part of NASA's Earth Science Enterprise.