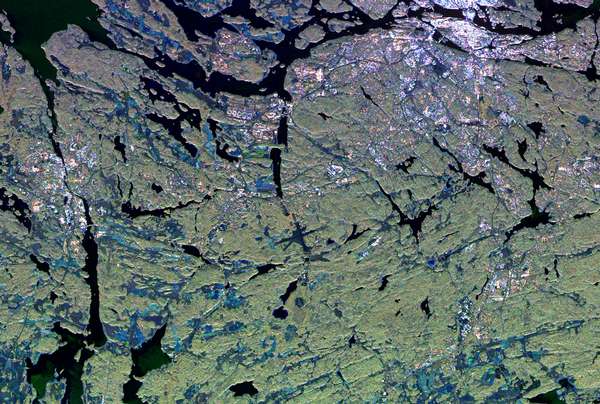 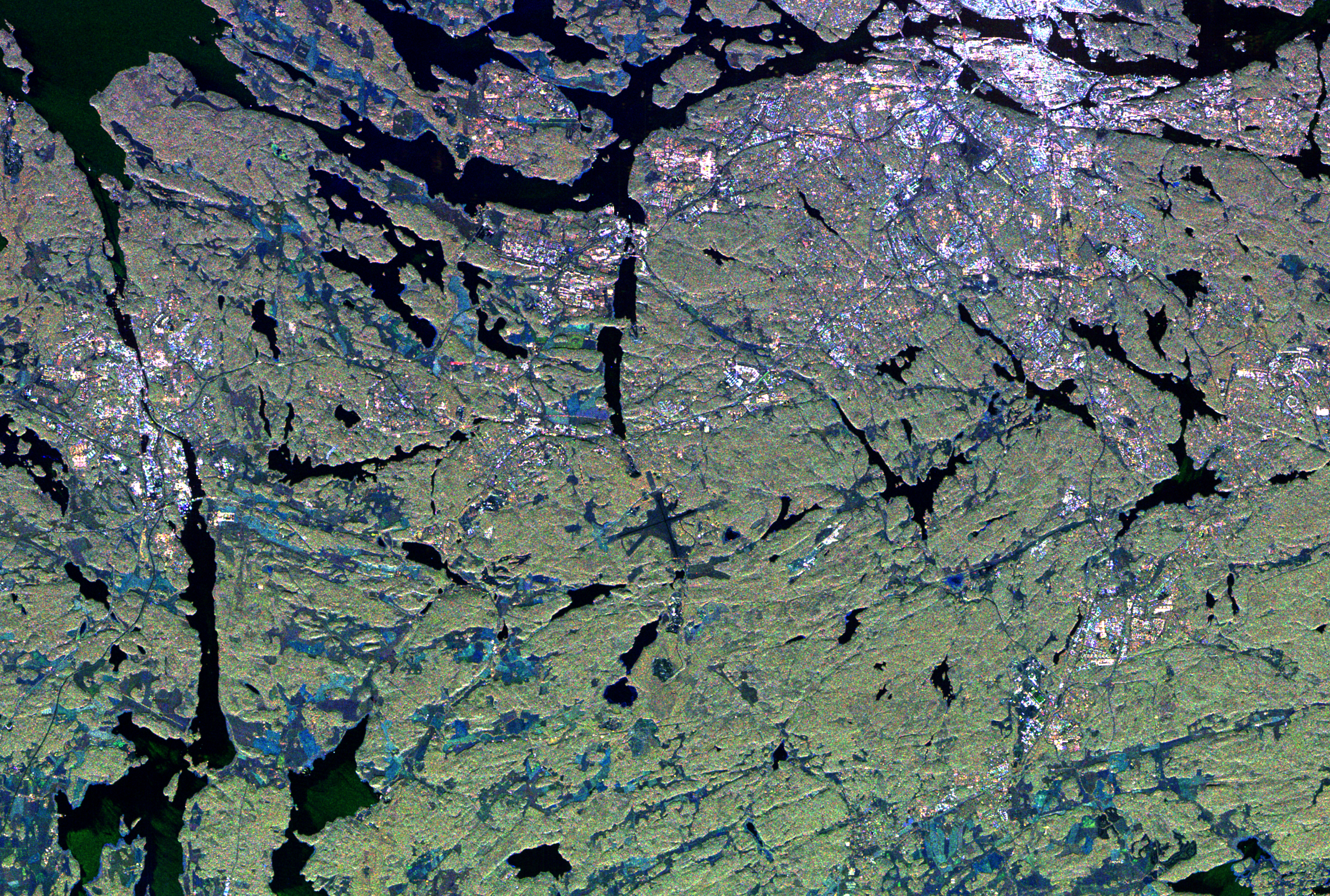 The flat, glaciated region that surrounds the city of Stockholm, Sweden is shown on this radar image. The southern portion of this capital city is the bright area in the upper right of the image. Dark areas on the image show where water crisscrosses the region, forming thousands of islands that comprise the Stockholm archipelago. Green areas on the image are vegetation, blue areas have been partially cleared and white areas are urban and other settlements. The area shown is 27 by 40 kilometers (16 by 25 miles) centered at 59.2 degrees north latitude, 17.9 degrees east longitude.