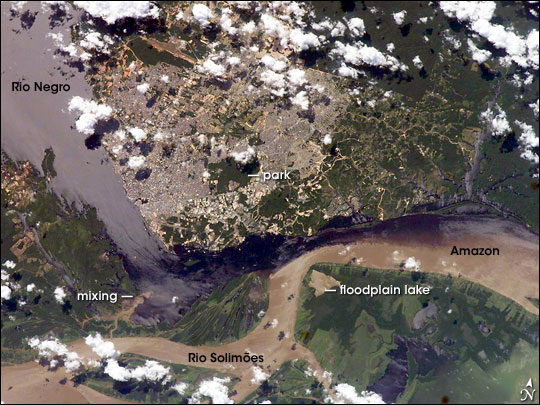 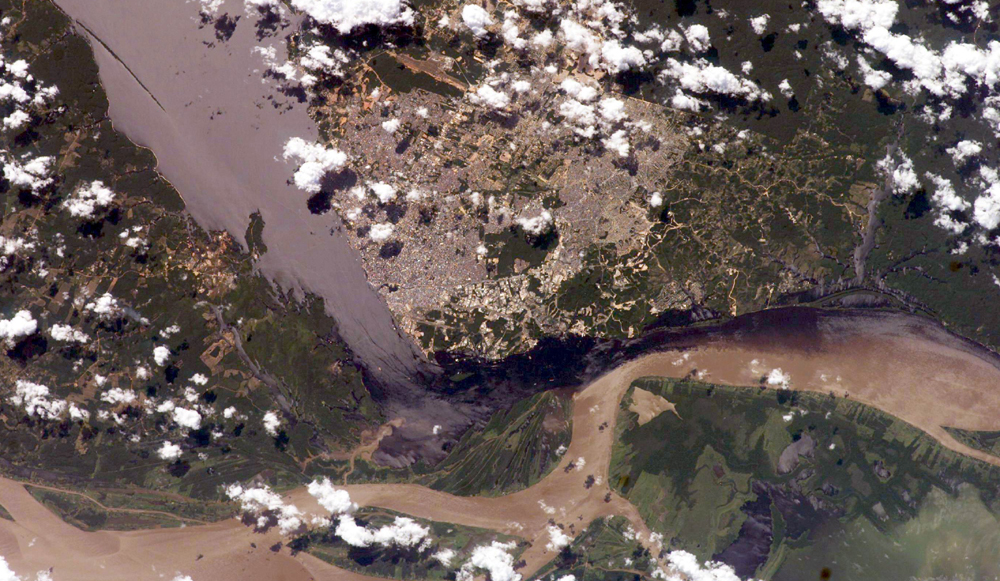 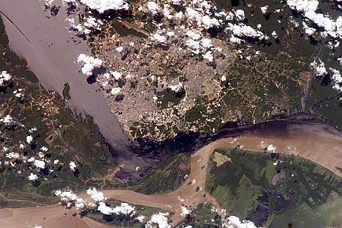 The largest river on the planet, the Amazon, forms from the confluence of the Solimões (the upper Amazon River) and the Negro at the Brazilian city of Manaus in central Amazonas. At the river confluence, the muddy, tan-colored waters of the Solimões meet the “black” water of the Negro River. The unique mixing zone where the waters meet extends downstream through the rainforest for hundreds of kilometers, and is a famous attraction for tourists from all over the world. The tourism contributes to substantial growth in the city of Manaus. Twenty years ago the large park near the city center (center) lay on the eastern outskirts of Manaus.

Astronaut photograph ISS009-E-15488 was acquired July 7, 2004, with a Kodak 760C digital camera with an 180-mm lens, and is provided by the ISS Crew Earth Observations experiment and the Image Science & Analysis Group, Johnson Space Center. The International Space Station Program supports the laboratory to help astronauts take pictures of Earth that will be of the greatest value to scientists and the public, and to make those images freely available on the Internet. Additional images taken by astronauts and cosmonauts can be viewed at the NASA/JSC Gateway to Astronaut Photography of Earth.