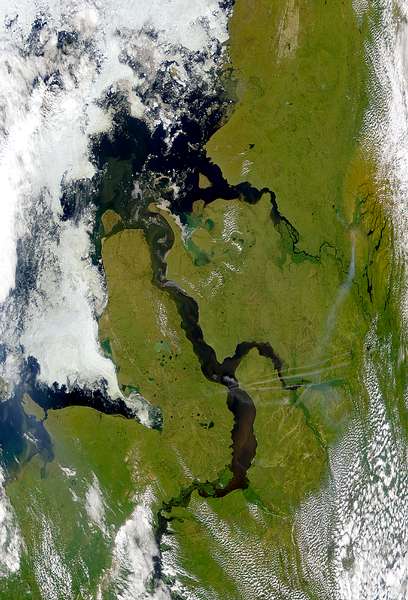 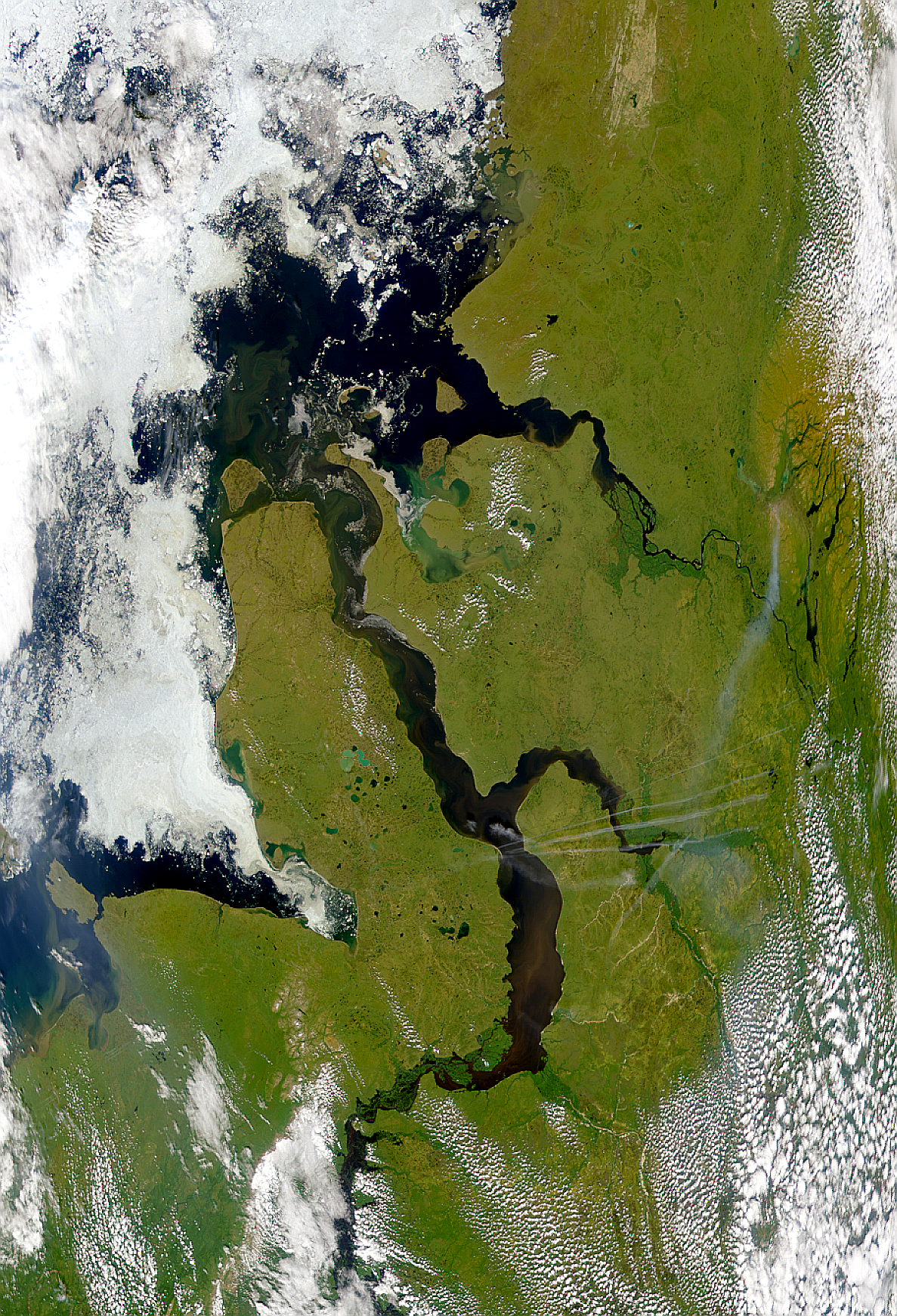 This SeaWiFS image shows the Obskaya Gulf in the Tyumen region of Arctic Russia. Features to note are the ice in the Kara Sea, several contrails and their shadows, an apparent smoke plume originating near the city of Noril'sk (about 1/3 of the way down on the right side of the image), and what looks like high levels of colored dissolved organic material in the Gulf.