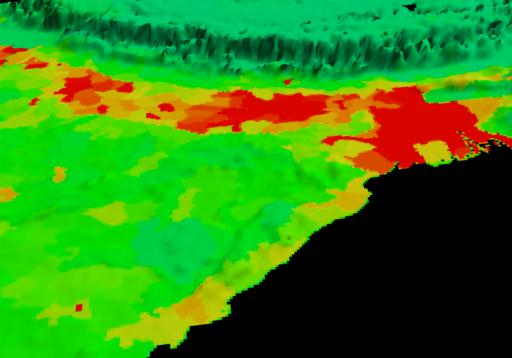 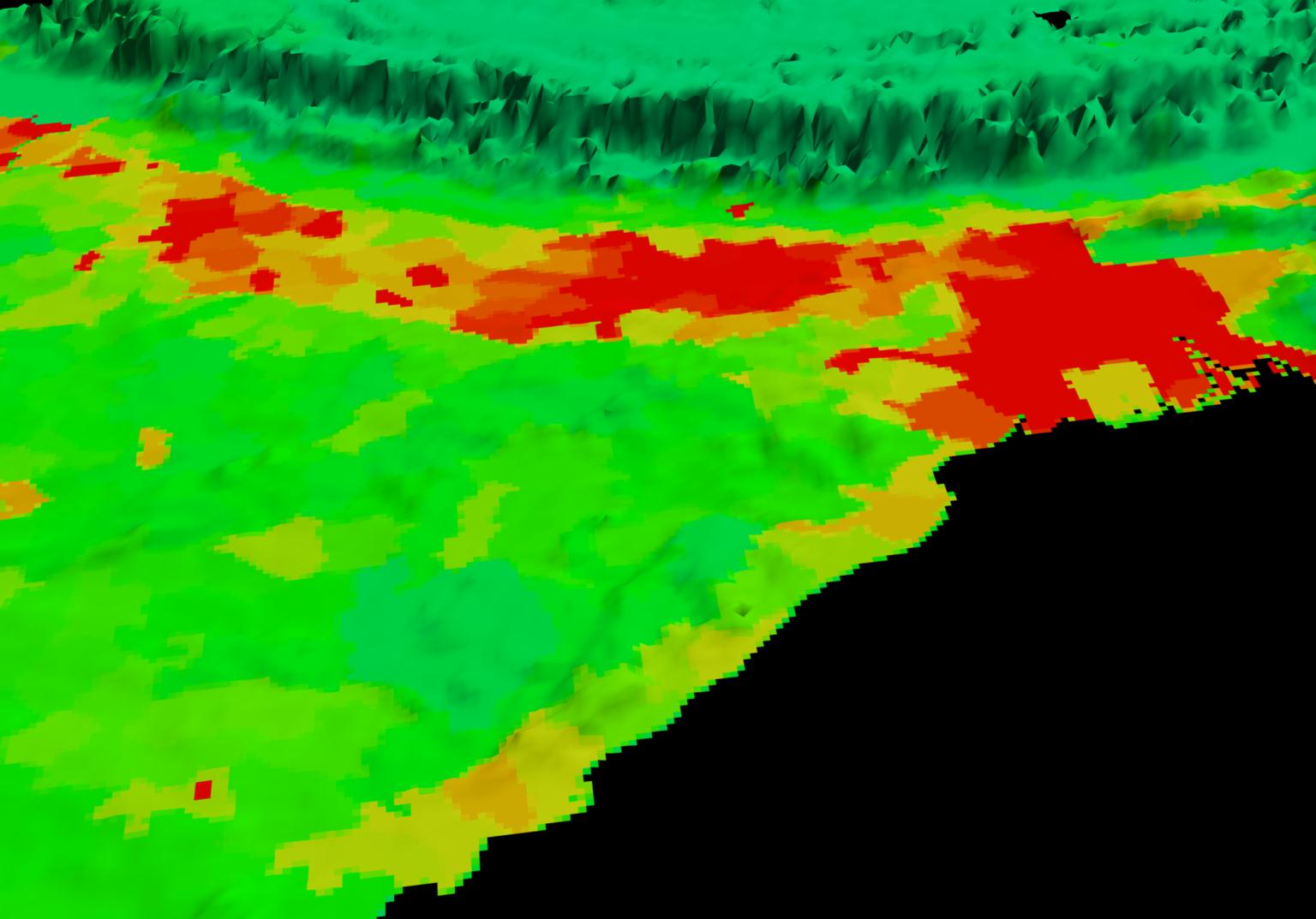 This false color map shows the distribution of human population on the Indian sub-continent south of the Himalayas. Reds indicate the most densely populated regions, yellows are intermediate values, while greens are more sparsely populated. About half a billion people live in the wide swath just south of the Himalayas. These data were derived from population records based on political divisions such as states, provinces, and counties. (Courtesy of the National Center for Geographic Information and Analysis)