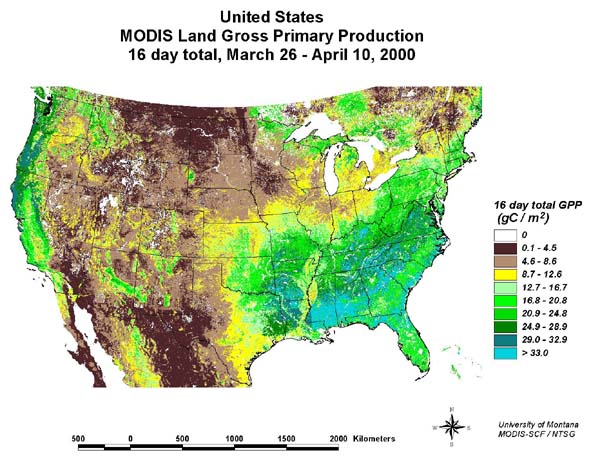 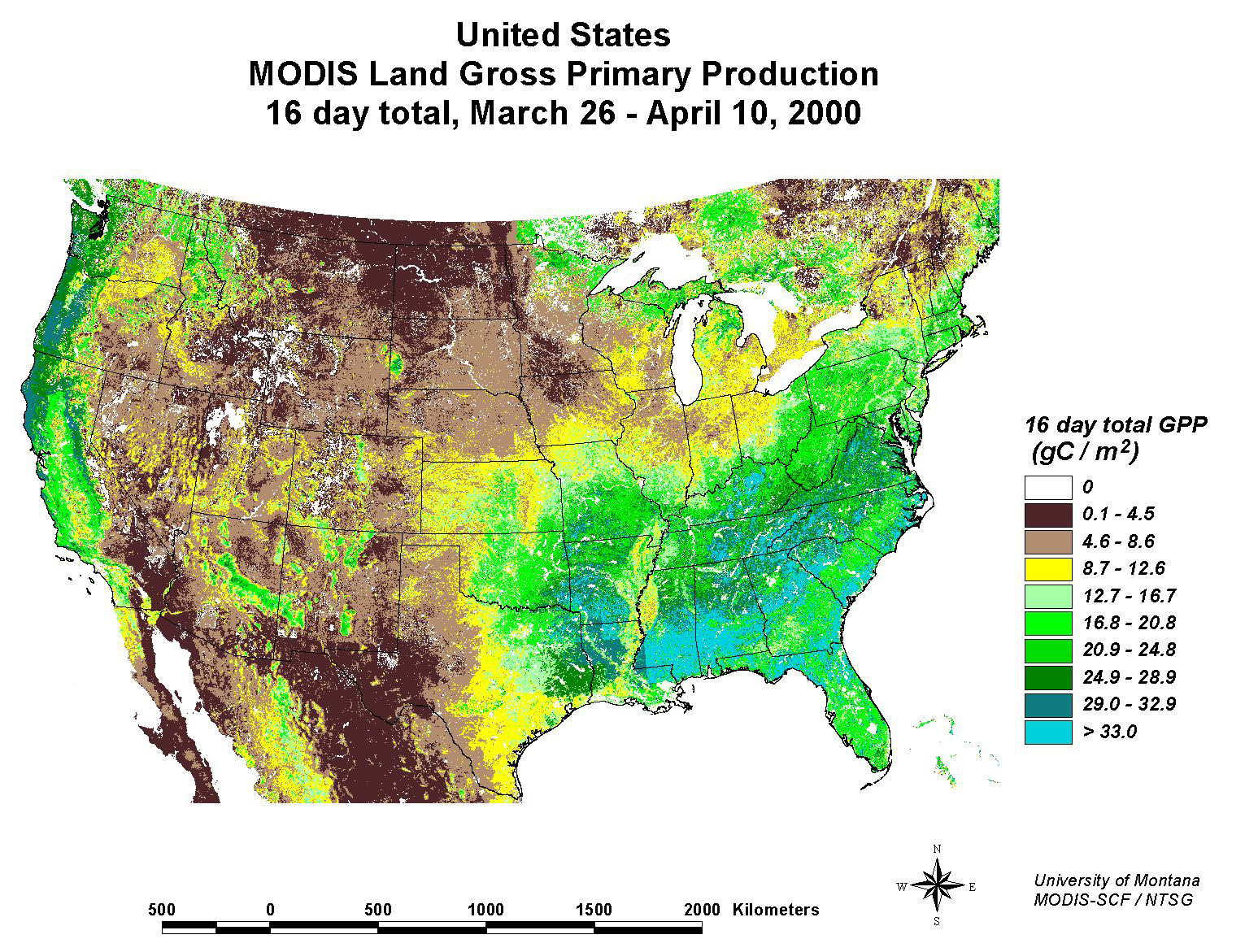 NASA's new Moderate Resolution Imaging Spectroradiometer (MODIS) allows scientists to gauge our planet's metabolism on an almost daily basis. GPP, gross primary production, is the technical term for plant photosynthesis. This composite image over the continental United States, acquired during the period March 26 - April 10, 2000, shows regions where plants were more or less productive–i.e., where they 'inhaled' carbon dioxide and then used the carbon from photosynthesis to build new plant structures.

This is one of a number of new measurements that MODIS provides to help scientists understand how the Earth's landscapes are changing over time. Scientists' goal is use of these GPP measurements to refine computer models to simulate how the land biosphere influences the natural cycles of water, carbon, and energy throughout the Earth system. The GPP will be an integral part of global carbon cycle source and sink analysis, an important aspect of Kyoto Protocol assessments.