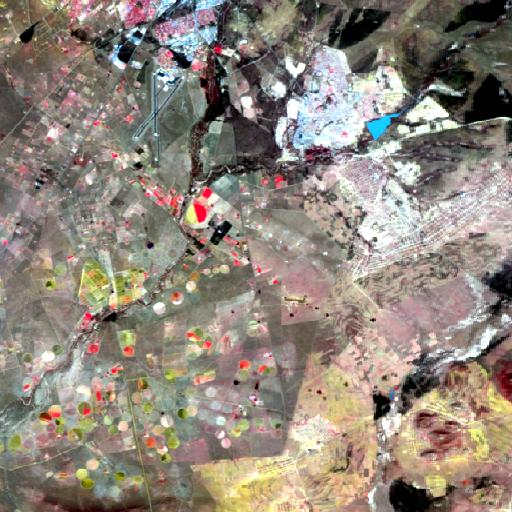 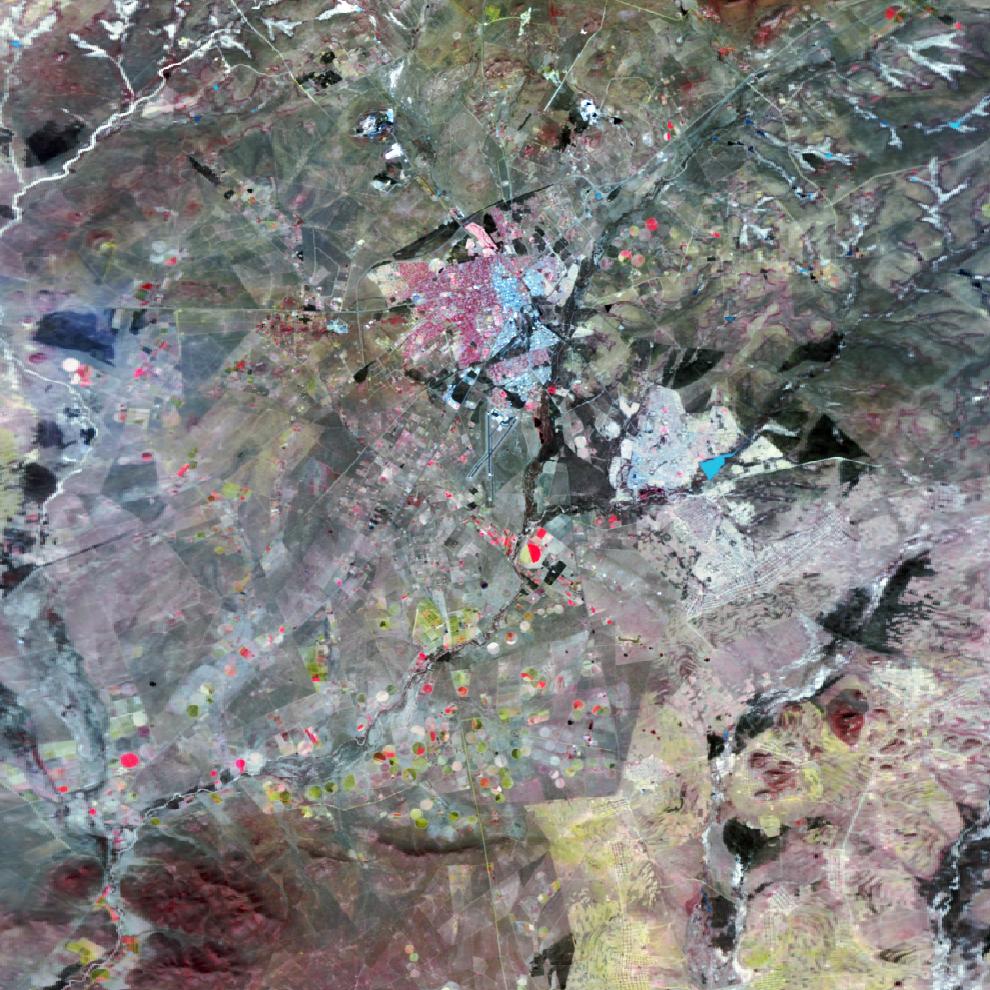 This false-color image shows the first data returned from the MODIS Airborne Simulator (MAS) during the SAFARI 2000 field campaign. The MAS is used to help calibrate the data received from the Moderate Resolution Imaging Spectroradiometer (MODIS) aboard NASA’s Terra spacecraft. It is carried aboard the ER-2, a high-altitude research aircraft, where it images the Earth’s surface in 50 spectral bands. SAFARI marks the first time that the MAS and MODIS have aquired data simultaneously.

In this image of Pietersburg South Africa, the current home of the SAFARI field campaign. At upper left is the airport the ER-2 took off from. The red circles in the bottom half of the image are fields watered by central pivot irrigation.