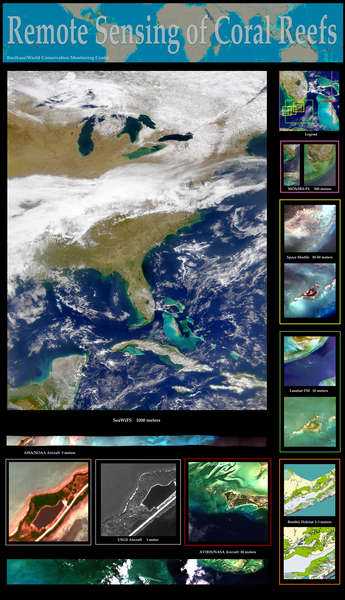 Part of the problem in studying the health of the world's coral is the lack of a comprehensive database. Many experts consider the current standard to be imprecise, incomplete, and unreliable for the kind of detailed, modern analysis that's required for monitoring coral health around the world. But using a new program written in the computer language Perl for the World Wide Web, developers at the Goddard Space Flight Center have designed a browsable system that can access a wide range of data. The program is dynamic in the sense that as researchers collect varying resolutions and types of data from different parts of the world, the database can store and cross-reference all the available information. Heavily studied regions will have detailed and complex layers of data available, while less well observed areas will simply be catalogued with as much information as is available. As the system evolves, it's expected to develop into a huge data repository regarding coral around the planet. As a natural by-product it will also collect other vital oceanographic information gathered at varying levels of spatial resolution.

The searchable coral database is still a work in progress, but it's available for consideration at http://seawifs.gsfc.nasa.gov/reefs/ The following poster shows how several instruments with different spatial resolutions can be used for studying coral reefs. Goddard's scientific and Visualization Studio developed the poster in collaboration with members of the SeaWIFS Science Team.