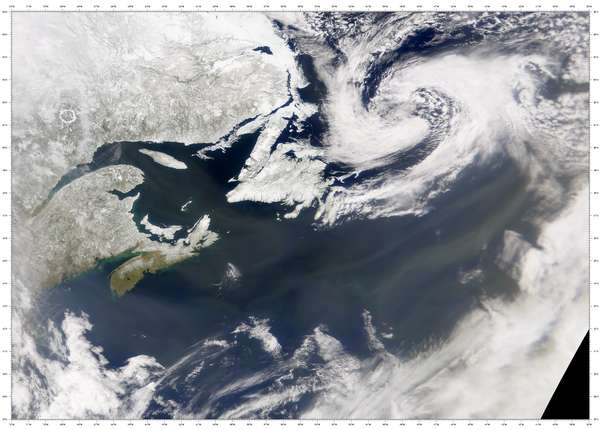 This SeaWiFS image taken on April 21, 2001, shows maritime Canada where a long swath of brownish haze extends across the Gulf of St. Lawrence, the Grand Banks, and farther east around the southern end of a low pressure cell sitting off the Newfoundland coast.