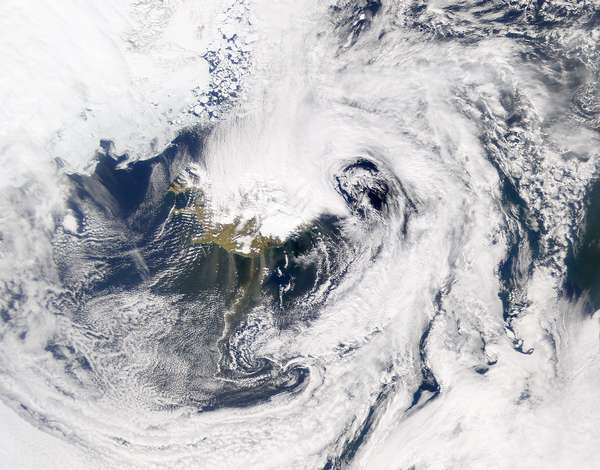 SeaWiFS: Dust Blowing out of Iceland

On May 15, 2001, SeaWiFS captured this image showing what appears to be large quantities of dust blowing southward out of Iceland. The island is mostly hidden by clouds. Sea ice is visible along the Greenland coast northwest of Iceland.